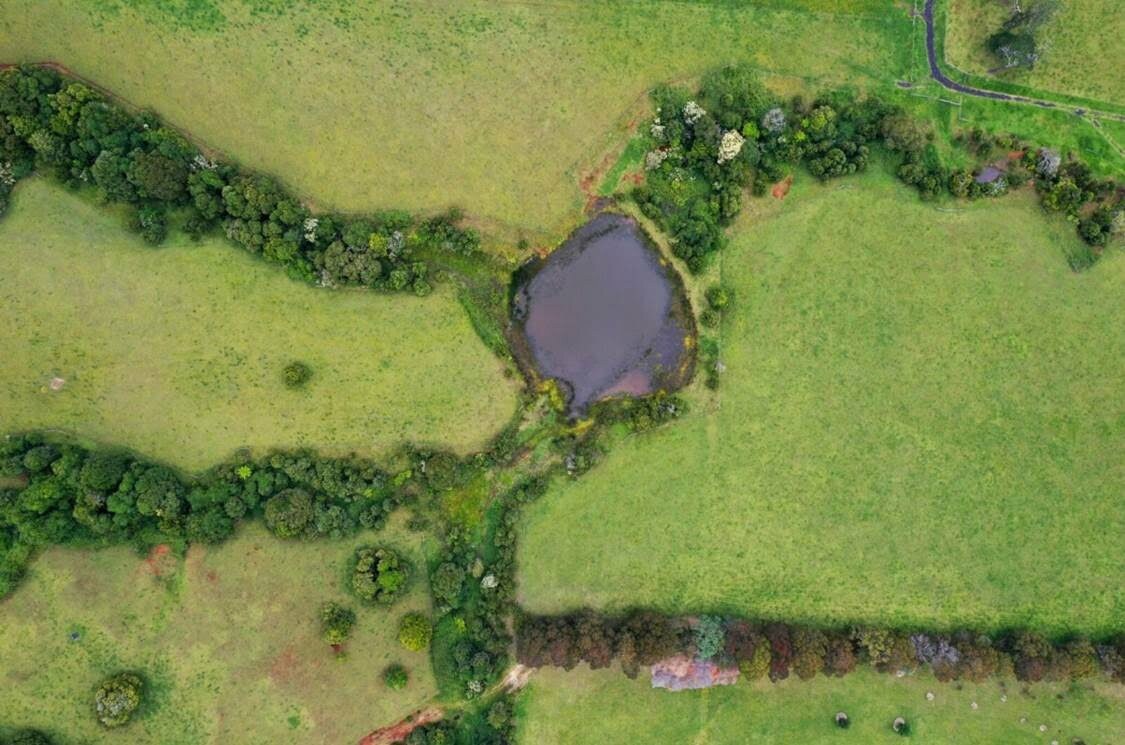 One of the concerns landholders have when we talk to them about restoring their riparian areas is that the vegetation along the river will act as a ‘fuse’ for fire.  This has become a more common concern over the last few years when we have witnessed (and some communities have tragically experienced) some terrifying fires sweep across parts of Australia.  During 2015, I worked on a project developing vegetation management guidelines for Catchment Management Authorities in Victoria and, as part of this, we investigated the research and experiences of fire experts around riparian zones and fire.

Although many landholders are worried that vegetated riparian land, including land revegetated through riparian management programs, poses a fire risk to their property, the opposite is true.  Riparian land poses a lower fire threat to a landholder’s property, crops, livestock and built assets (such as houses and farm buildings).  Under low to moderate fire danger conditions, well-managed riparian vegetation, with limited grass and weed growth, is less likely than pasture or crops to contribute to the spread of fire across a property or the wider landscape. This is largely because:

Fire is also much less likely to start in riparian land than other parts of the landscape because it is not as prone to lightning strikes, is remote from access for arsonists, has fuel too moist to burn, and is sheltered from the wind and sun.   Built assets would typically be under greater threat from cured pasture and nearby unmanaged wind breaks than from riparian land, which is often further away from farm assets.

Riparian land does not act typically act as a ‘wick’ or ‘fuse’, with fires burning most rapidly in the direction of the wind.  In riparian vegetation, the presence of trees and shrubs will slow the wind which, combined with the likely higher fuel moisture content, will slow the spread of the fire, compared to fire in the neighbouring grass or crops that are open to the wind.  Where the wind is aligned with vegetated riparian land within an area of cured grass or crops, the fire is likely to spread more quickly in the grass and crops abutting the riparian land than in the riparian land itself.

Extreme fire events, such as the February 2009 bushfires in Victoria, are rare. In such conditions of protracted drought and extreme fire weather, all vegetation can burn.  Even in these extreme situations, riparian land has been found to have less influence on fire spread and impacts than the landscape level grass and forest fuels.  It is still important to reduce fire risk in riparian zones as part of overall vegetation management.  This includes:

Ongoing management of riparian land from a fire management perspective is the responsibility of landholders on both private land and licensed Crown frontage.   Through projects like Rivers of Carbon we assist landholders to manage their riparian areas so that weeds are controlled and strategic stock access is permitted to ‘knock down’ excess fire fuel.

As our climate continues to change, these management practices will become even more important, as it is likely that fires will occur more often, with higher intensities and more extreme impacts.  A new fact sheet from the Climate Change Institute on the facts and myths about bushfires and climate change has recently been released and we have summarised a couple of the key points below.

Extreme fire weather has increased, and the fire season has lengthened across large parts of Australia since the 1970s.

By 2050, compared with the climate of 1980 to 1999, the number of extreme fire-weather days is projected to grow in southern and eastern Australia; by 10 to 50% for a low greenhouse gas emissions scenario (assumes strengthening global action to  limit climate change in line with the 2015 Paris Agreement) and by 100 to 300% for high emissions (assumes greater climate change due to higher levels of carbon pollution or a climate system more sensitive to greenhouse gases).

The costs of bushfires and other weather-related disasters are mounting.  The total economic cost of natural disasters in Australia, including bushfires, was estimated to have exceeded $6 billion in 2012.  These costs are expected to double by 2030 and to rise to an average of $23 billion per year by 2050, even without any consideration of the potential impact of climate change.

Climate change is not influencing bushfires.  The average temperature of the continent has risen by almost 1 degree celsius since Federation, while rainfall in the south as fallen.  The mix of warmer and drier weather is raising the risk of severe, extreme and catastrophic fire weather conditions in south-eastern Australia.

Fuel is always the main factor in fire risk.  Fuel load and human activity are clearly important factors in the risk of fire.  However, weather conditions including drought, high winds and extreme temperatures are often a major influence on the number, size and intensity of bushfires in southern Australia.

It is starkly simple – Australia’s climate is changing, we are becoming hotter, and the duration, frequency and intensity of heatwaves have increased across may parts of Australia.  Riparian zones are, therefore, becoming even more important within our landscapes as they provide thermal refugia for plants, animals and people in the face of a warming planet.  We can act by restoring these important parts of the landscape to mitigate climate change impacts and sequester carbon – lets keep planting!