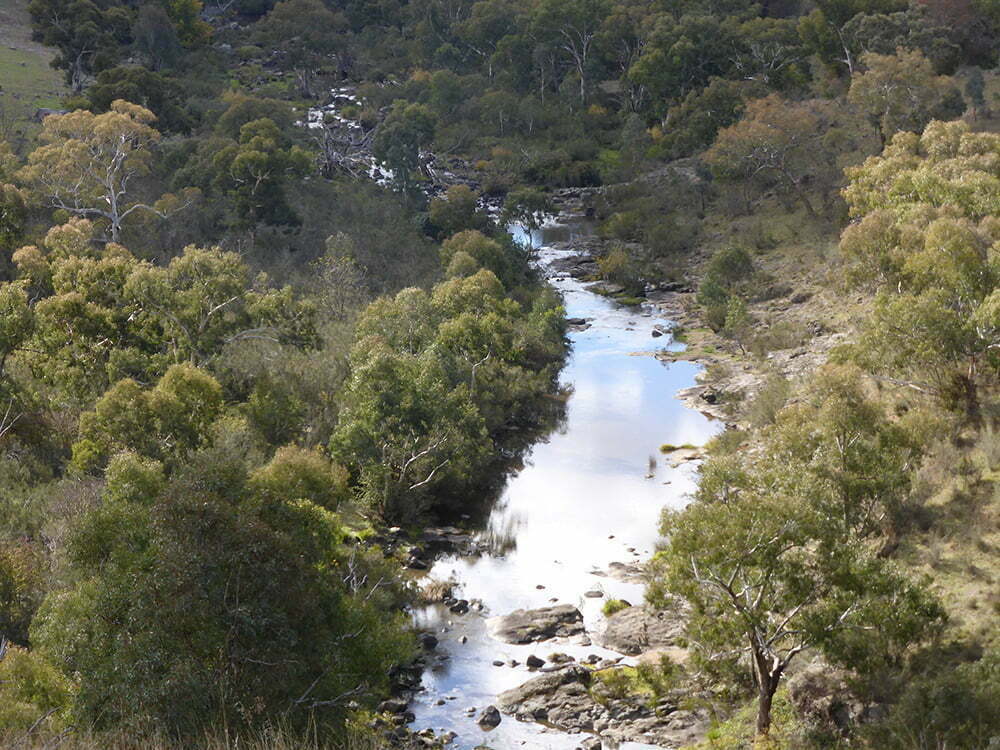 Honours student Will Higgisson has been revisiting 10-year-old river restoration sites to ask whether our efforts are paying off in the long term.

Rivers are hotspots of productivity and diversity in the Australian landscape, providing vital resources for plants and animals. Unfortunately many rivers in agricultural areas have been severely damaged by livestock, causing overgrazing, erosion and pollution. In an attempt to restore these areas governments, NGOs and landholders invest in fencing and replanting riparian areas – but do these actions really work in the long term?

Back in 2000, Greening Australia was involved with a project called Bidgee Banks – a large scale river restoration project in the Murrumbidgee catchment in south-east NSW. In just three years the project contributed to the rehabilitation of 1340 hectares of riparian areas across 230 sites in the Murrumbidgee Catchment. Over a decade later, University of Canberra honours student Will Higgisson has revisited many of these sites to see if the project has been a success.

The Bidgee Banks project aimed to protect and enhance native riparian vegetation and reduce sediment and nutrients flowing into the Murrumbidgee River. Landholders were provided with incentives to fence off riparian areas from livestock and plant native vegetation using either tubestock, direct seeding, or a combination of both. We wanted to know which method had the best results, and what other factors might have affected the success of the project.

Will’s findings are very positive, showing that the restored sites were in much better condition overall than neighbouring control sites. All the restoration methods showed an improvement in riparian condition, but the most effective method was fencing and planting with tubestock. Success was dependent on maintenance to control weeds and pest animals, ensuring that the trees had the best chance of survival. The results also showed that fencing to exclude livestock improved bank stability, even without any additional planting.

Will also found that the landholders who had been involved with the project were very happy with the results and had increased awareness of the impact of livestock on river health. The more successful the project, the more confident the landholder was in the process of restoration and the more they were willing to invest in maintenance and further projects.

This kind of long-term monitoring is very rare in restoration, so working with honours students like Will provides a fantastic opportunity to improve our practices and see results beyond the short funding cycle.  Will’s work will be used as part of our analysis of our Rivers of Carbon sites as many of those he studied are now part of our ongoing riparian restoration efforts.