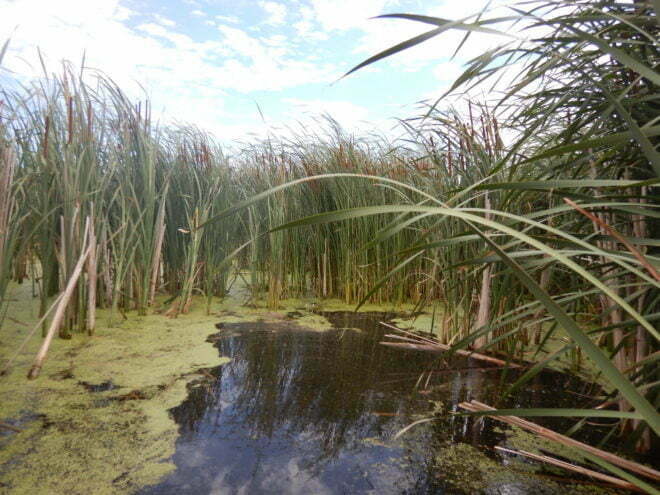 The agricultural regions of the U.S. Midwest have a problem with excess nitrate from crop fertiliser making its way into rivers and streams through subsurface drainage channels and agricultural ditches.  High nitrate concentrations in waterways are harmful to ecosystems and human health, contaminating drinking water and, in this case, eventually flowing downstream to  increase the size of the Gulf of Mexico’s “dead zone”.

A study recently published in the Nature Geoscience journal by the National Science Foundation shows how multiple wetlands, or “wetland complexes” in a watershed, are extremely effective at reducing these nitrate levels in rivers and streams.  Significantly, wetland complexes can be five times better at reducing nitrate than the best land-based nitrogen mitigation strategies:

“This study demonstrates that retaining or restoring wetlands in intensively managed agricultural watersheds would reduce nitrate in rivers and improve local water quality, while also reducing nitrate exports to the Gulf of Mexico hypoxic [dead] zone.”

Using water samples collected over a four-year period from more than 200 waterways in the 17,000-square-mile Minnesota River Basin, along with geospatial information on land use in the Minnesota River Basin watershed, researchers isolated the effects of wetlands on stream and river nitrate concentrations.

The research produced a number of significant findings: 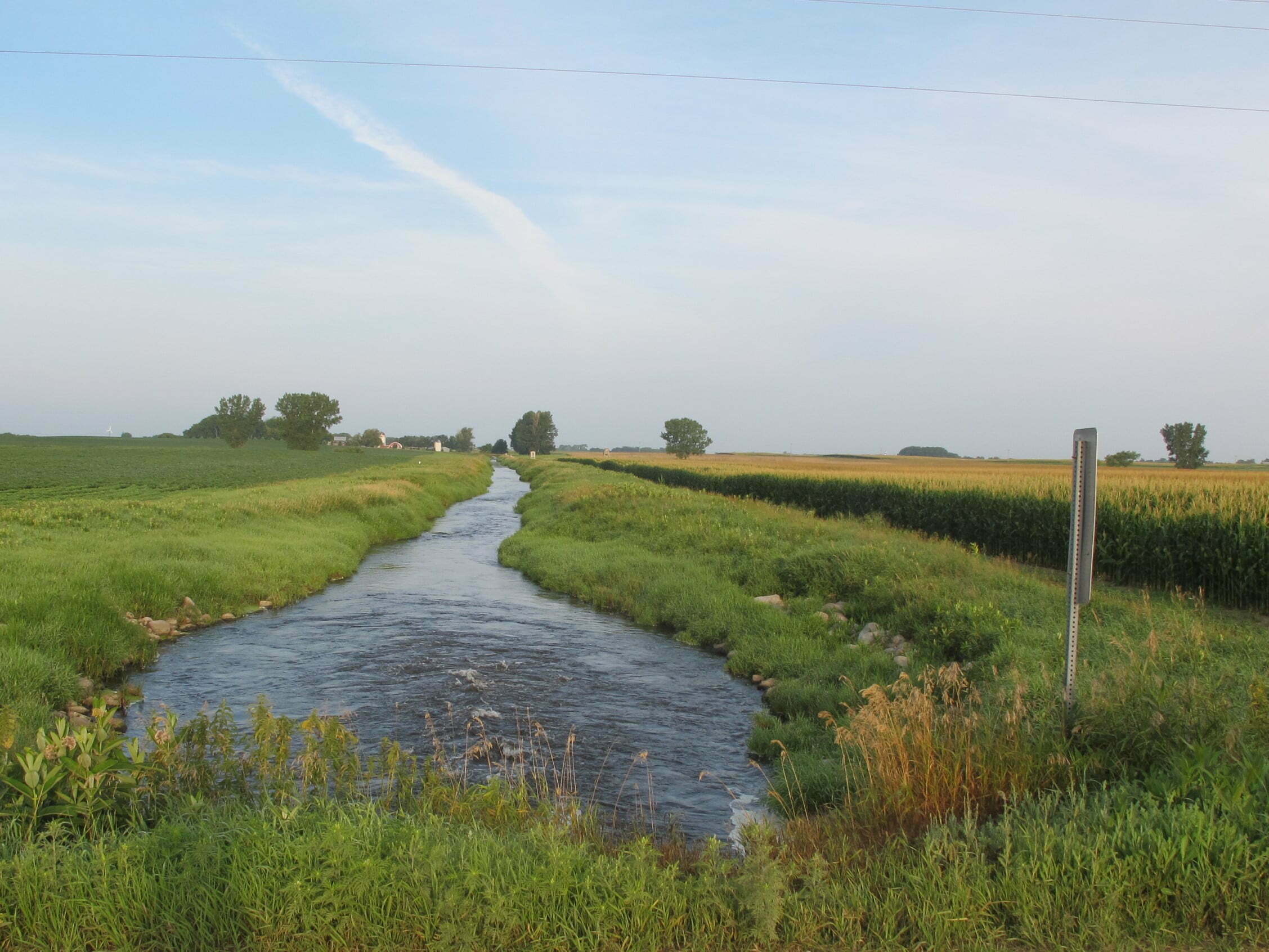 An agricultural drain that would benefit from flowing into a wetland to reduce the nitrates it is carrying from adjoining crops.

“These are important steps toward recognising that as we lose wetlands, we also lose the significant benefits they provide in pollution control,” says Amy Hansen, a researcher at the University of Minnesota’s St. Anthony Falls Laboratory and first author of the journal paper.

The contributions of small wetlands are especially important for the future, as climate forecasts predict increases in precipitation frequency and magnitude – conditions under which wetlands play a significant role in reducing river nitrate.

“Our work shows that wetland restoration could be one of the most effective methods for improving water quality in the face of climate change and the increasing global demand for food,” says paper co-author Jacques Finlay, an  ecologist at the University of Minnesota.

The results of the research are advancing scientists’ understanding of wetlands and their role in pollution control, according to the researchers, and providing guidance on wetland restoration siting and benefits.

This article was adapted from the National Science Foundation website.

The full study “Contribution of wetlands to nitrate removal at the watershed scale” is available here.