How creek improvements over time make my job worthwhile

One of the most rewarding parts of my job is going back to restored sites many years after they were planted and seeing how they have been transformed. One site that I see on a regular basis is Steve and Megan Kilby’s property ‘Kirkdale’, along the Federal Highway near Collector NSW. This property was once home to celebrated 20th century author Miles Franklin, and if you have ever driven from Goulburn to Canberra, you may have noticed the old stone church located on the property where Franklin is thought to have been schooled for part of her childhood.   Each time I pass their property, however, it is not the church, but the restoration sites along the highway that catch my attention and make me smile.

I first met Steve and Megan in 2018, when they were just about to start the second stage of their revegetation works, funded through Rivers of Carbon – Goulburn District River Linkages. They have since completed all four stages, protecting almost 18 ha, and revegetating 2.2 km of the creek, which flows into Wollogorang Creek. Since fencing off the creek from their sheep, and undertaking rock work to reduce gully erosion, they have noticed many significant improvements including improved water quality, reduced erosion, as well as more vegetation and wildlife. 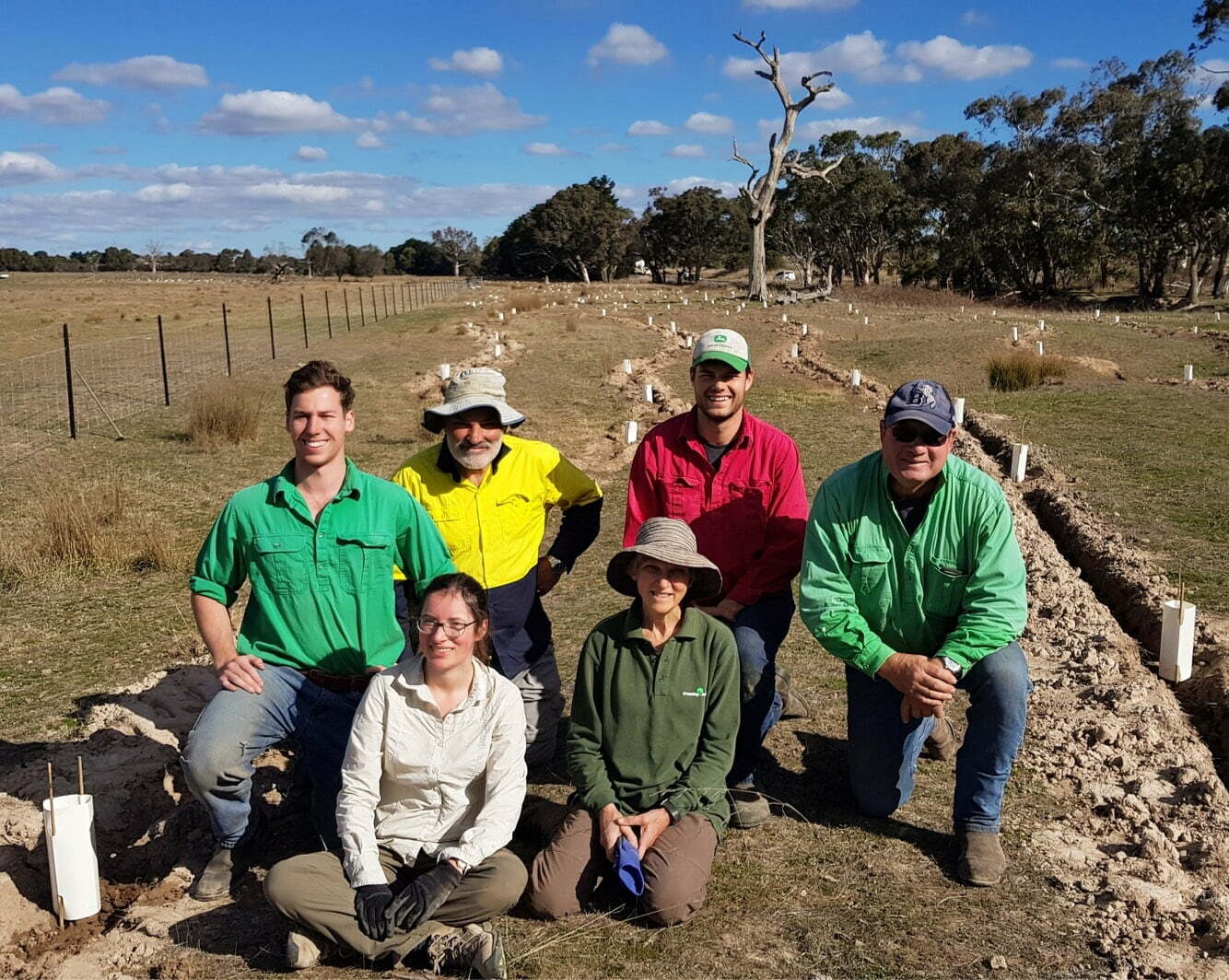 I assisted the Kilbys, along with Greening Australia volunteers, with tree planting in 2018. Photo: Steve Kilby

The creek flows over the main access road to the property, making any changes in water quality and flow very noticeable. Previously, after large rain events, the water would be muddy brown in colour, fast-moving, and only running for a short time after the rain. Now, the water is much clearer and flows more slowly for an extended period.

These observations are consistent with Rivers of Carbon’s philosophy of “mess it up and slow it down”. By fencing off the waterway from livestock, the grassy groundcover has had a chance to recover and thrive, slowing and filtering the water when it rains and stabilising the eroded banks. This, along with the rock work to stabilise the gully head cuts, has reduced the sediment load into the creek and has helped to retain water on the land for longer. 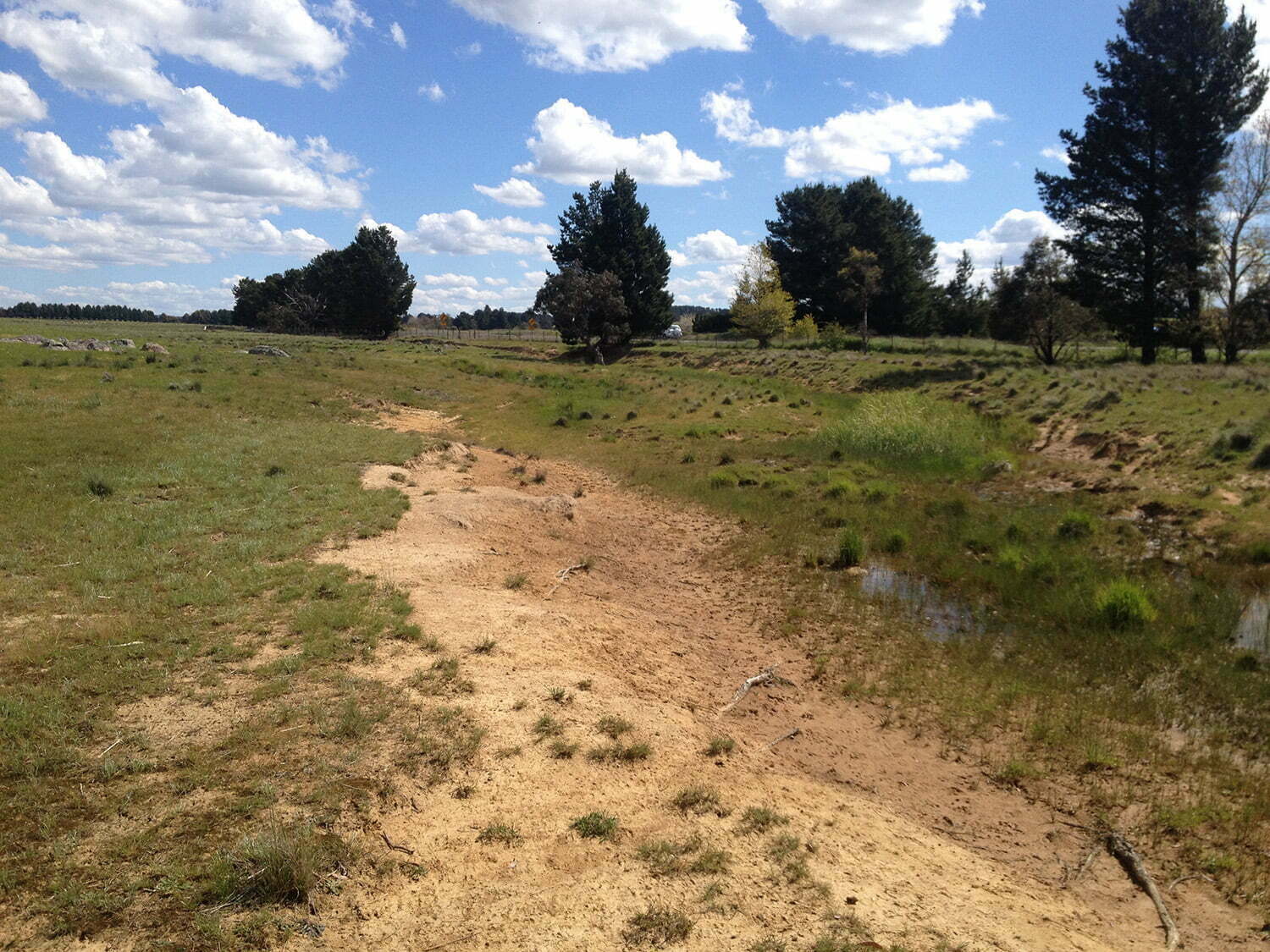 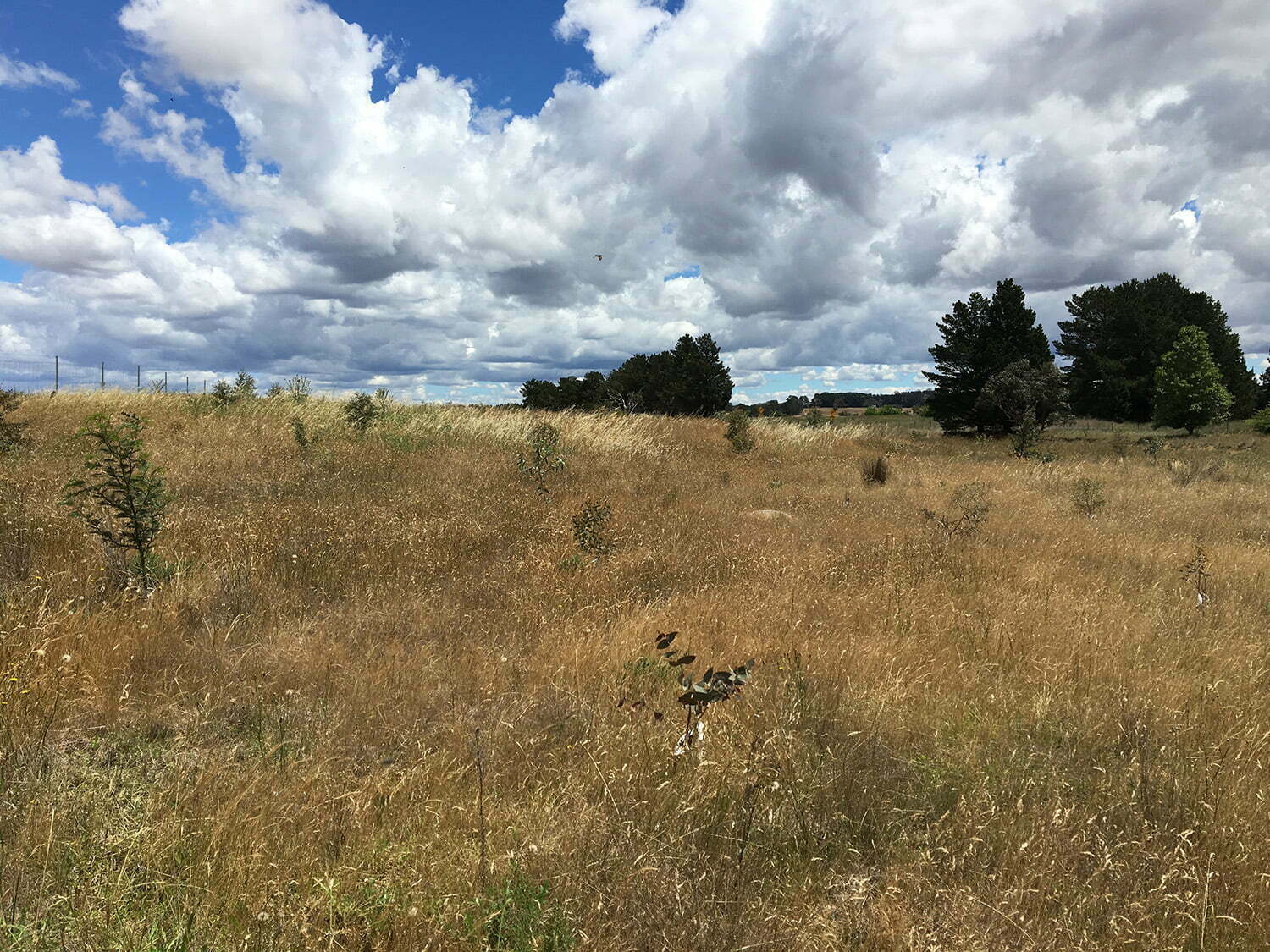 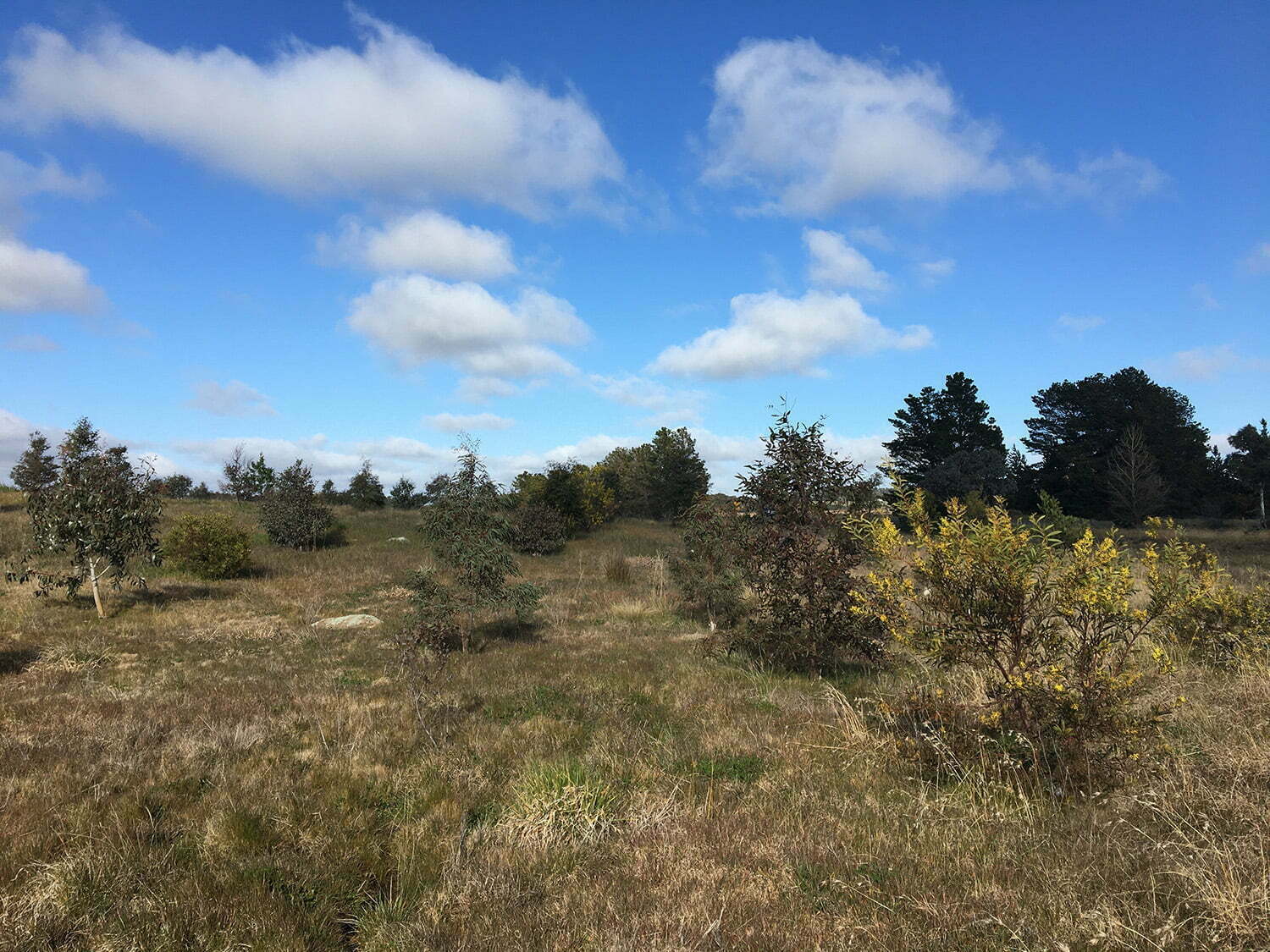 The following three images show the erosion management works we have undertaken.  Erosion works have been extremely successful in stabilising the headcuts, trapping sediment and vegetation and allowing the creek to run clear for the first time in many years. Photos are by: Haydn Burgess, Steve Kilby & Lucy Wenger. 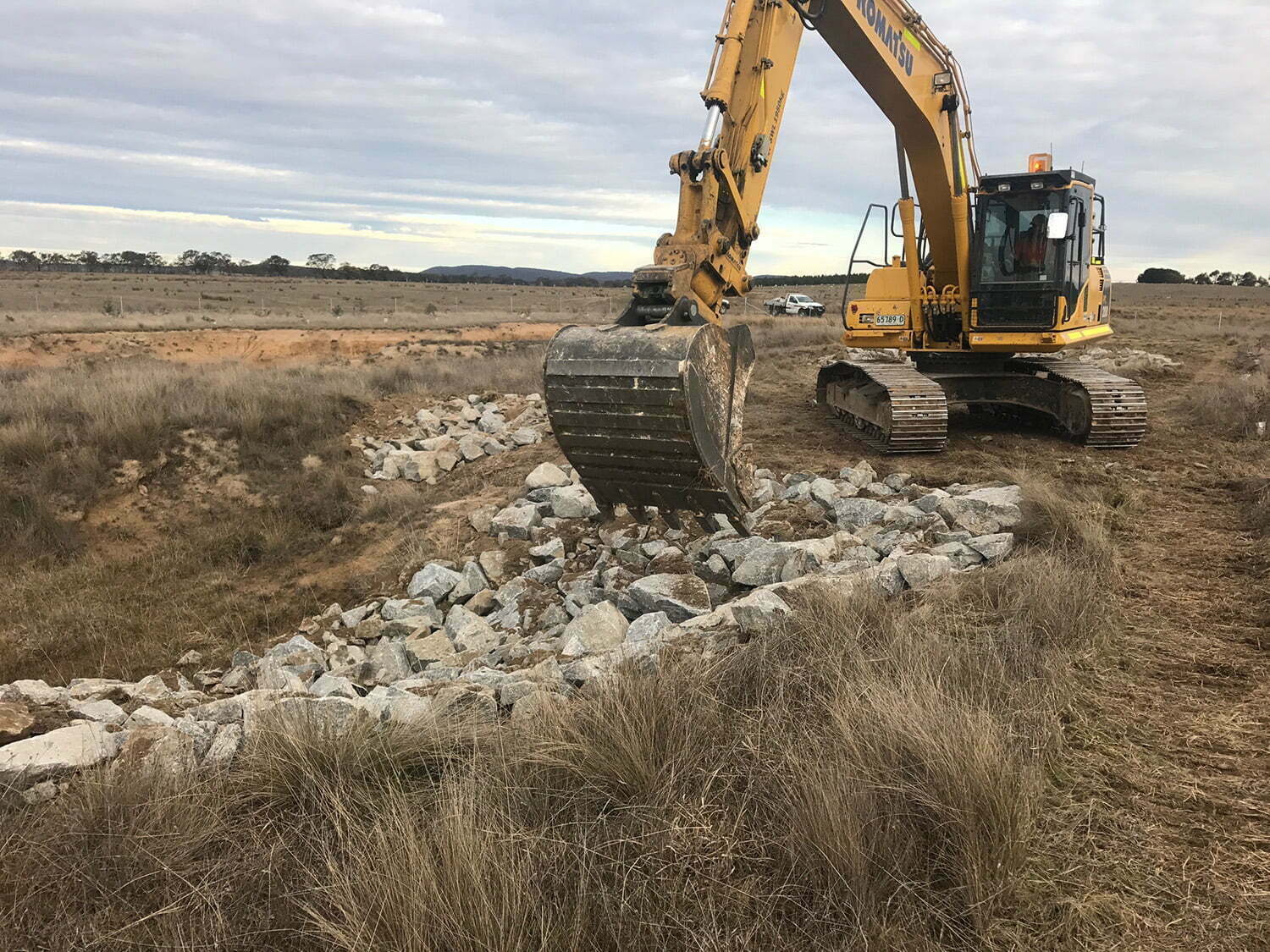 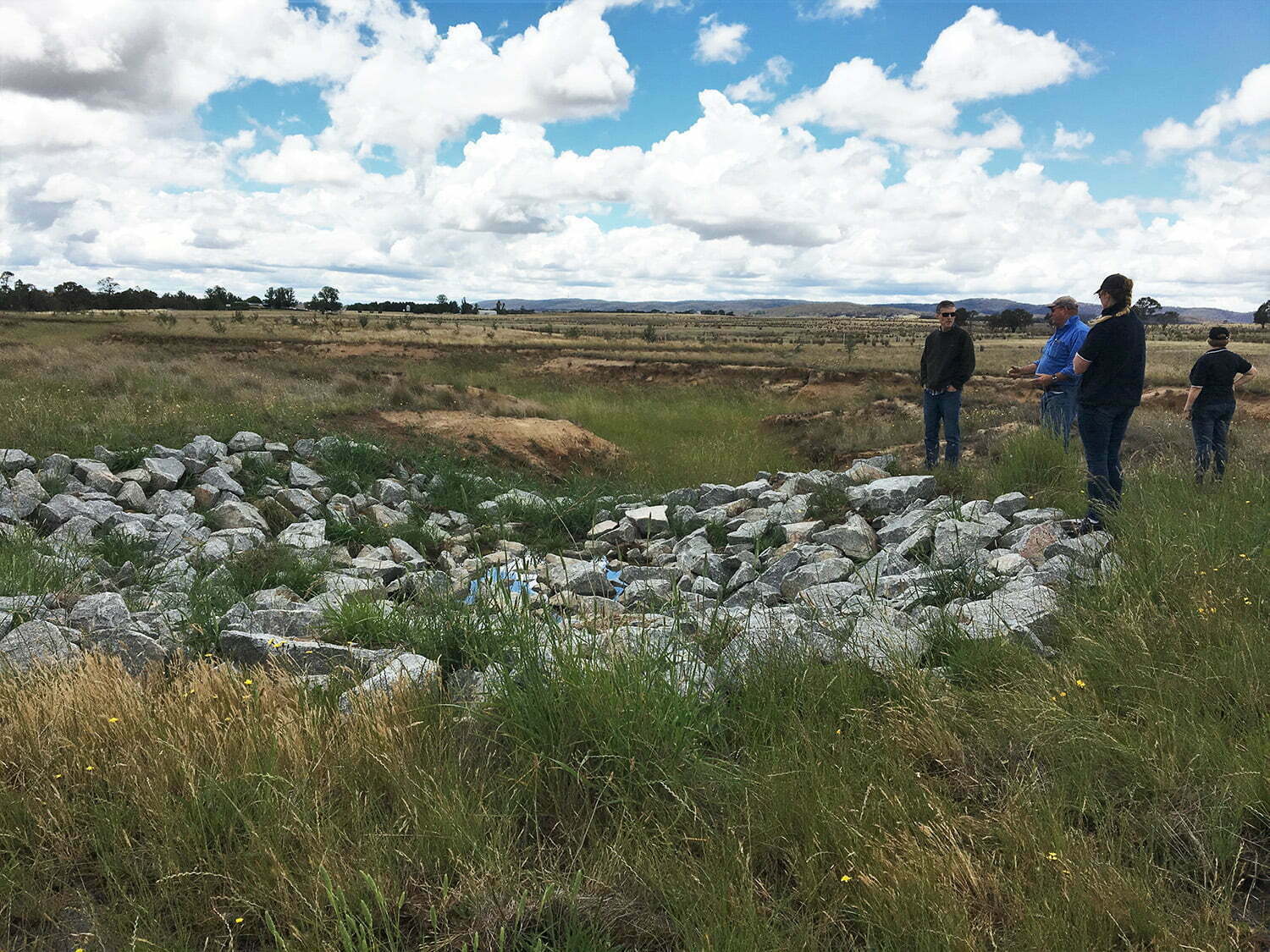 Each time I visit the property, I am impressed by the diversity of birdlife present at the sites, given their isolation from remnant vegetation patches, relatively small size and their young age. I have previously seen Flame robins, Rufous whistlers, Grey shrike-thrushes and large flocks of White-browed woodswallows using the sites.  These birds are more commonly found in higher-quality woodland, so it is wonderful to see them at ‘Kirkdale’ – I wanted to investigate further… 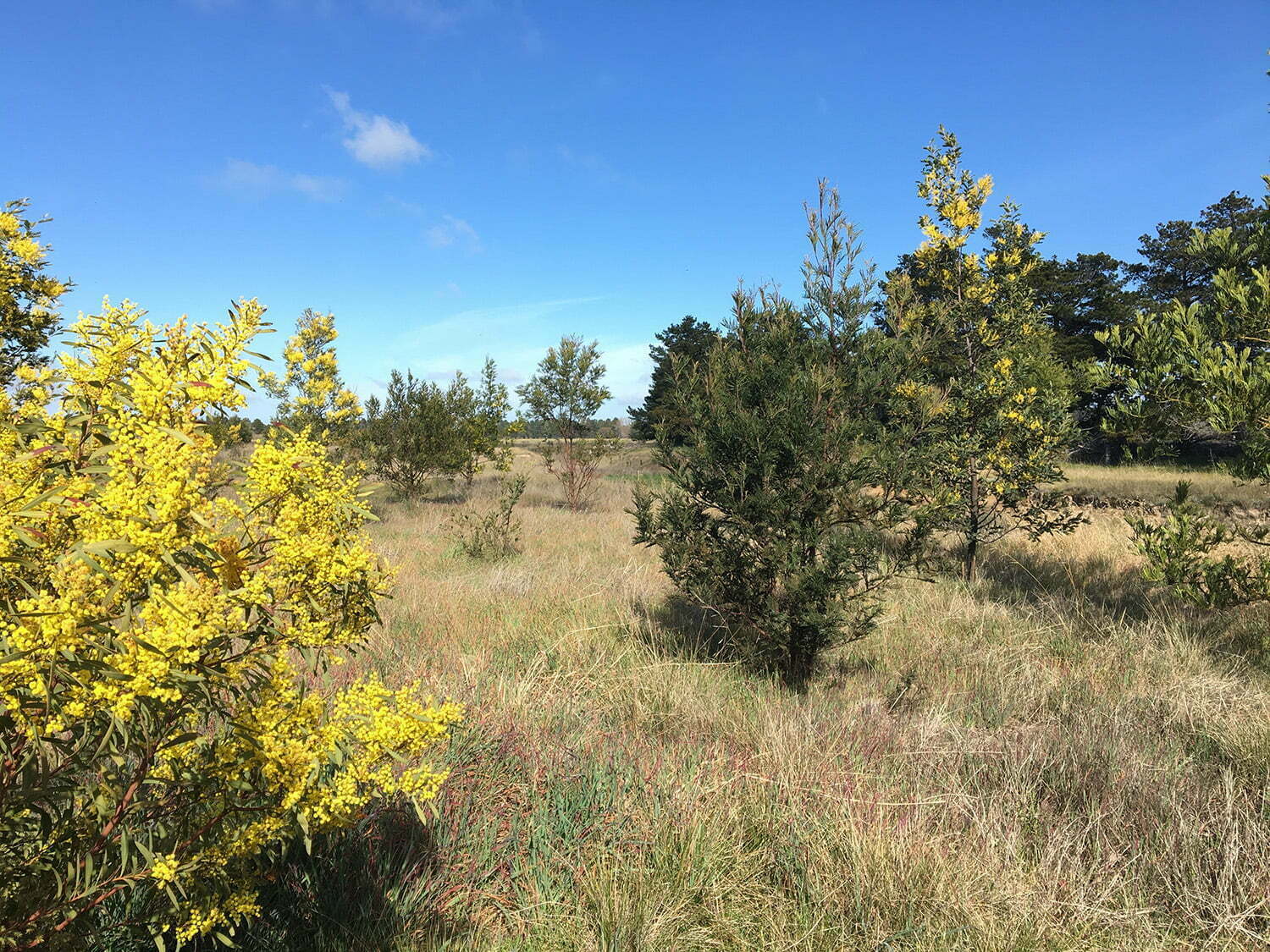 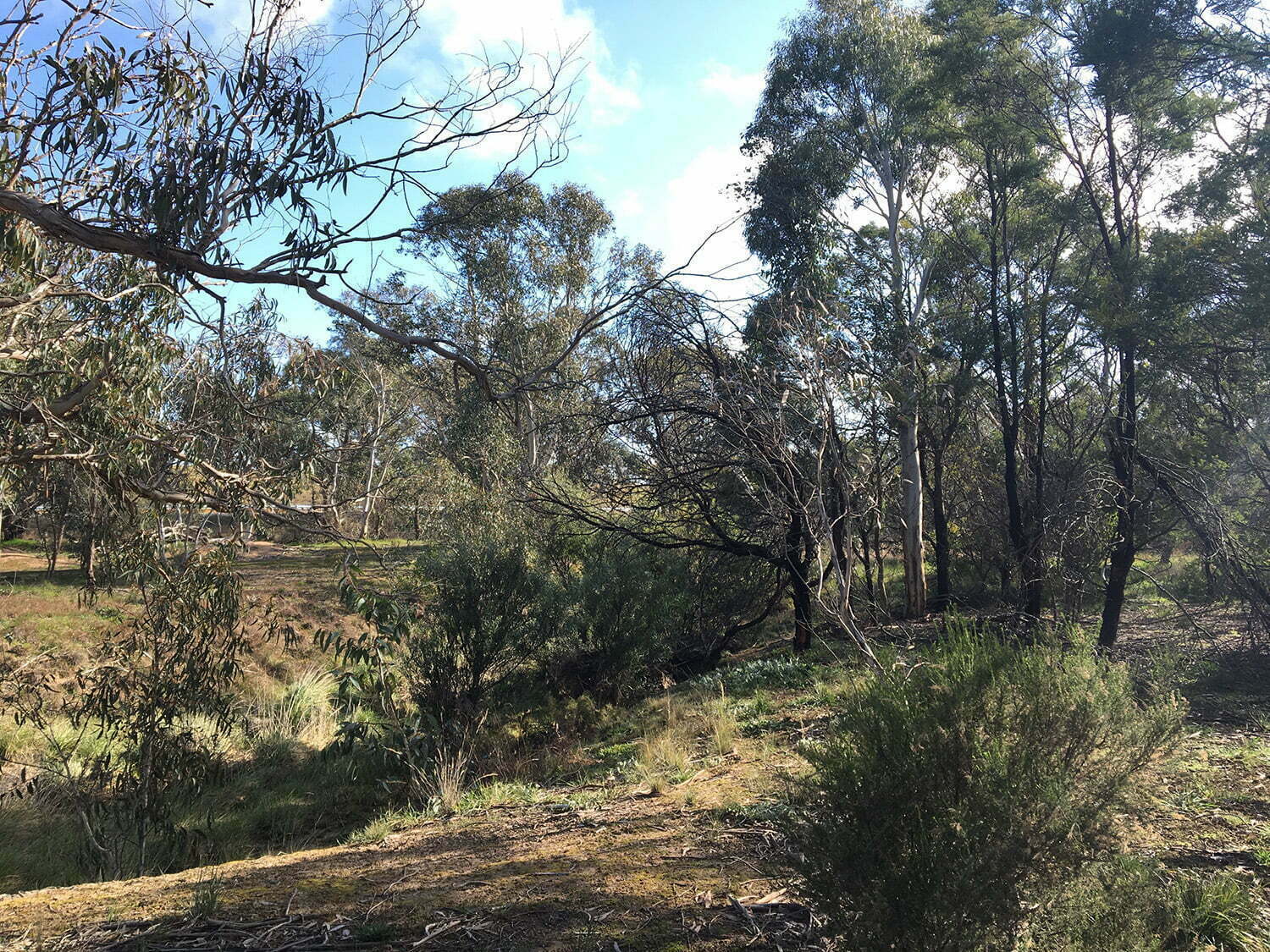 Although this young revegetation does not support as high a diversity of birdlife as older sites, it provides food and shelter to species such as Yellow-rumped thornbills and Willie wagtails. The older revegetation supports larger woodland birds including Grey shrike-thrushes and White-plumed honeyeaters.  Photos: Lucy Wenger

All these changes at Kirkdale have not gone unnoticed. Neighbours and former owners of the property frequently tell me how impressed they are by the sites, and how well the trees have grown. Many of these landholders have begun further revegetation works on their own properties.

I am very grateful for having had the opportunity to facilitate restoration works as part of Rivers of Carbon – Goulburn District River Linkages, which is entering its sixth and final year of on-ground works. We have worked with 31 landholders to protect 36km of riparian corridor, and seeing the improvements at properties like Kirkdale really makes the job feel worthwhile. 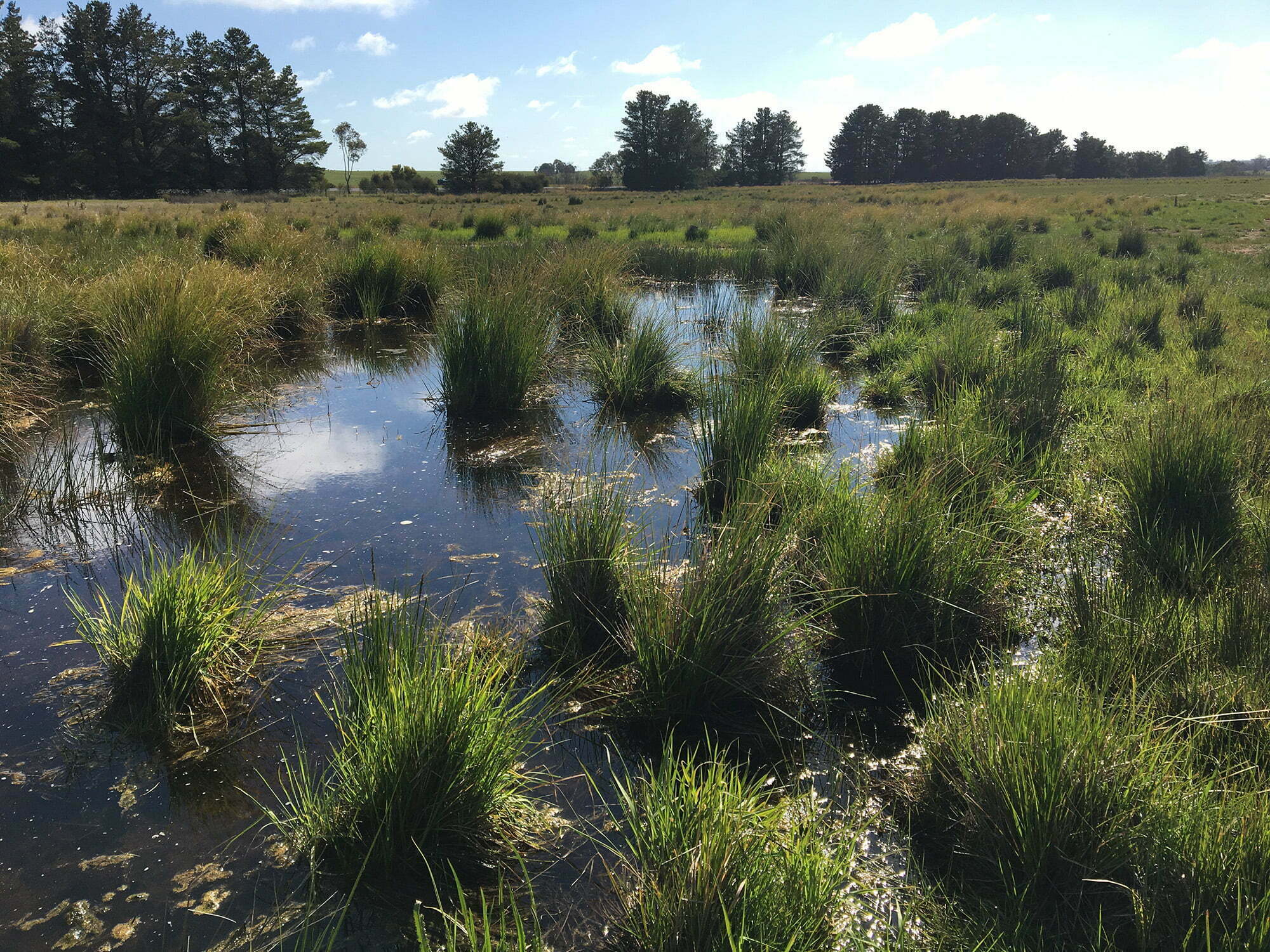 Rivers like the Wollondilly, Mulwaree and Lachlan are highly valued by the people who live, farm and spend time along them. Commencing in 2016, our ten year program is enabling us to work with landowners, community groups, government and non-government agencies to protect and restore rivers across the district for a range of social, economic and environmental benefits. 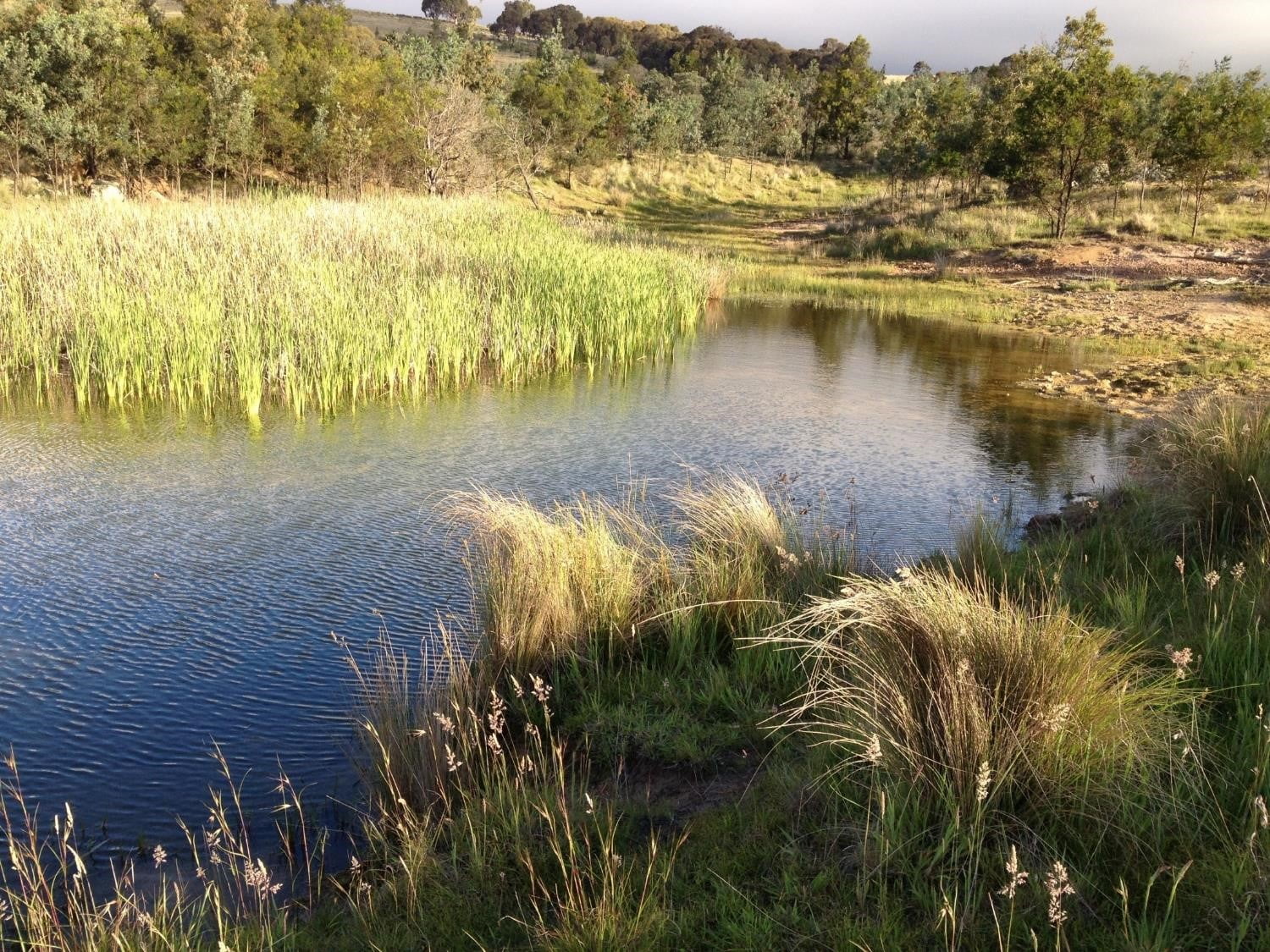 On the 2nd of November, fifty people gathered at the Doug Rawlinson’s…