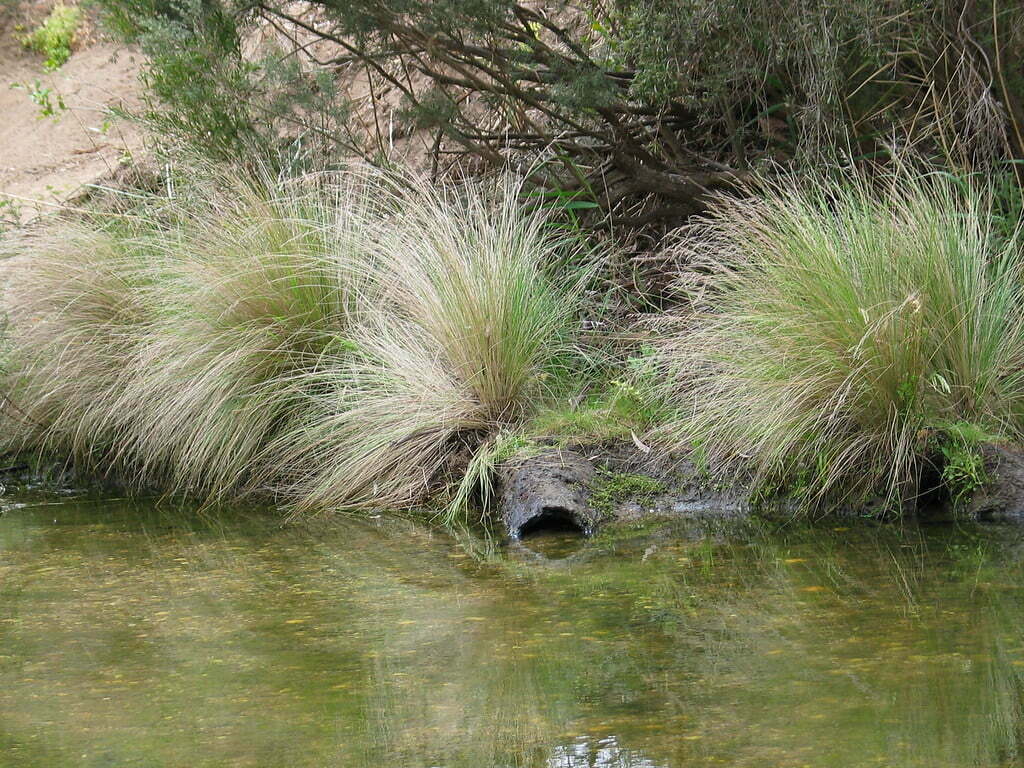 How do riparian grasses respond to flooding during summer?

Researchers Lyndsey Vivian, Chris Jones and Joe Greet provide us with a summary of their recent work into how riparian grasses respond to flooding…

River regulation has changed the seasonal timing of flows in many of Victoria’s rivers. This can have important implications for riparian plants, as their life cycle is often timed with natural flow regimes.

We investigated how riparian plants respond to inundation (flooding) in summer and autumn. This is an atypical season for plants to be inundated for extended durations, with high flows driven by the demand for irrigation water during the hottest and driest time of year. Unseasonal high flows are increasingly common in some of Victoria’s northern rivers, such as the Campaspe and Goulburn Rivers, where inter-valley transfers (IVTs) are used to deliver water to irrigators in distant regions, as well as interstate during summer and autumn.

For this project, the vegetation research team in the Victorian Environmental Flows Monitoring and Assessment Program (VEFMAP) at the Arthur Rylah Institute joined forces with the University of Melbourne to run an outdoor tank-based experiment (see Figure 1). We tested the response of plants to different inundation treatments that represented potential scenarios for delivering summer-autumn irrigation flows: 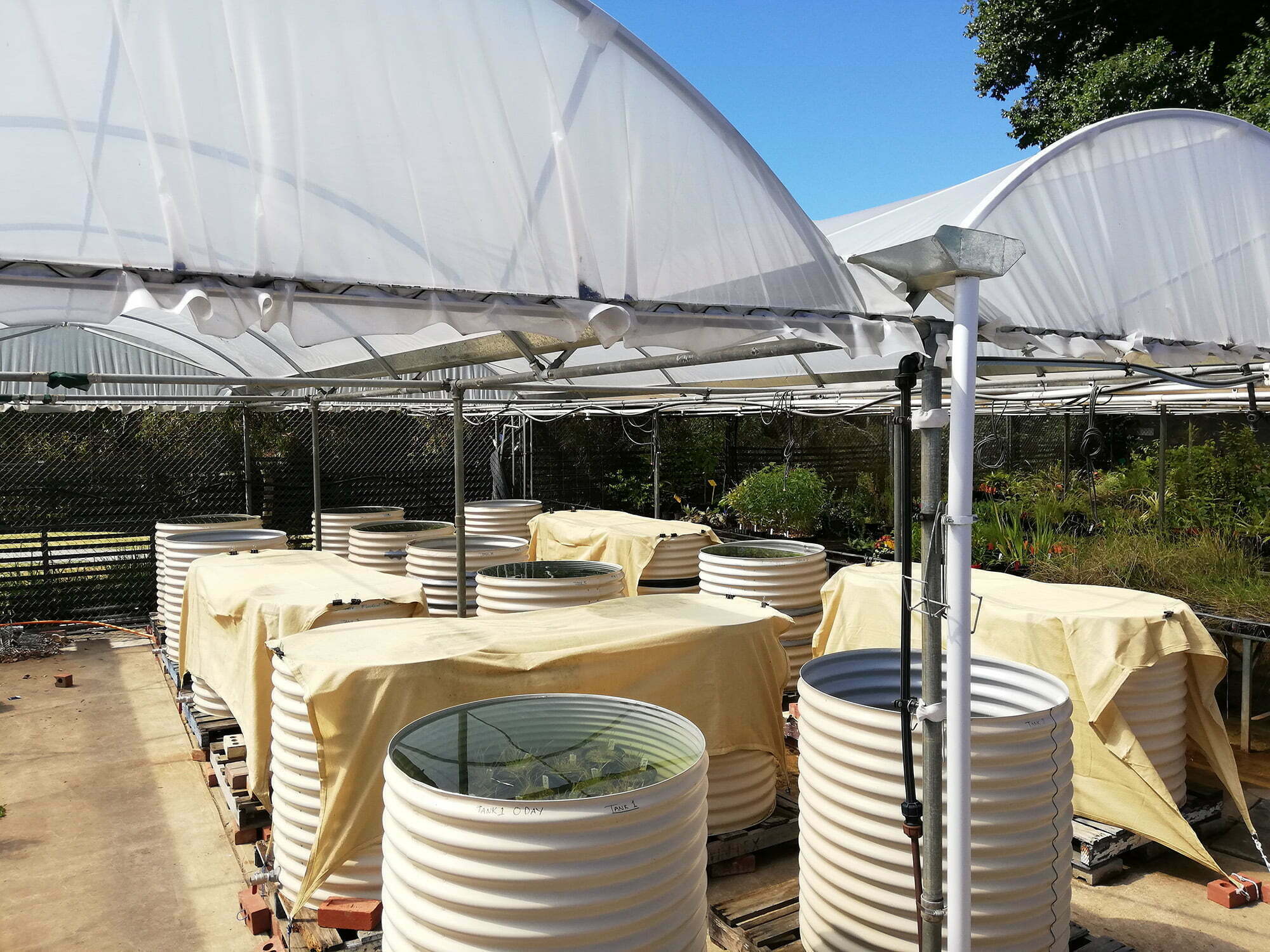 We included the pulse treatment because pulses have been discussed by environmental water managers as an option for delivering summer flows to reduce potential negative impacts on riparian plants. For each treatment, we also covered half of all tanks with a shade cloth to test the effects of shading. 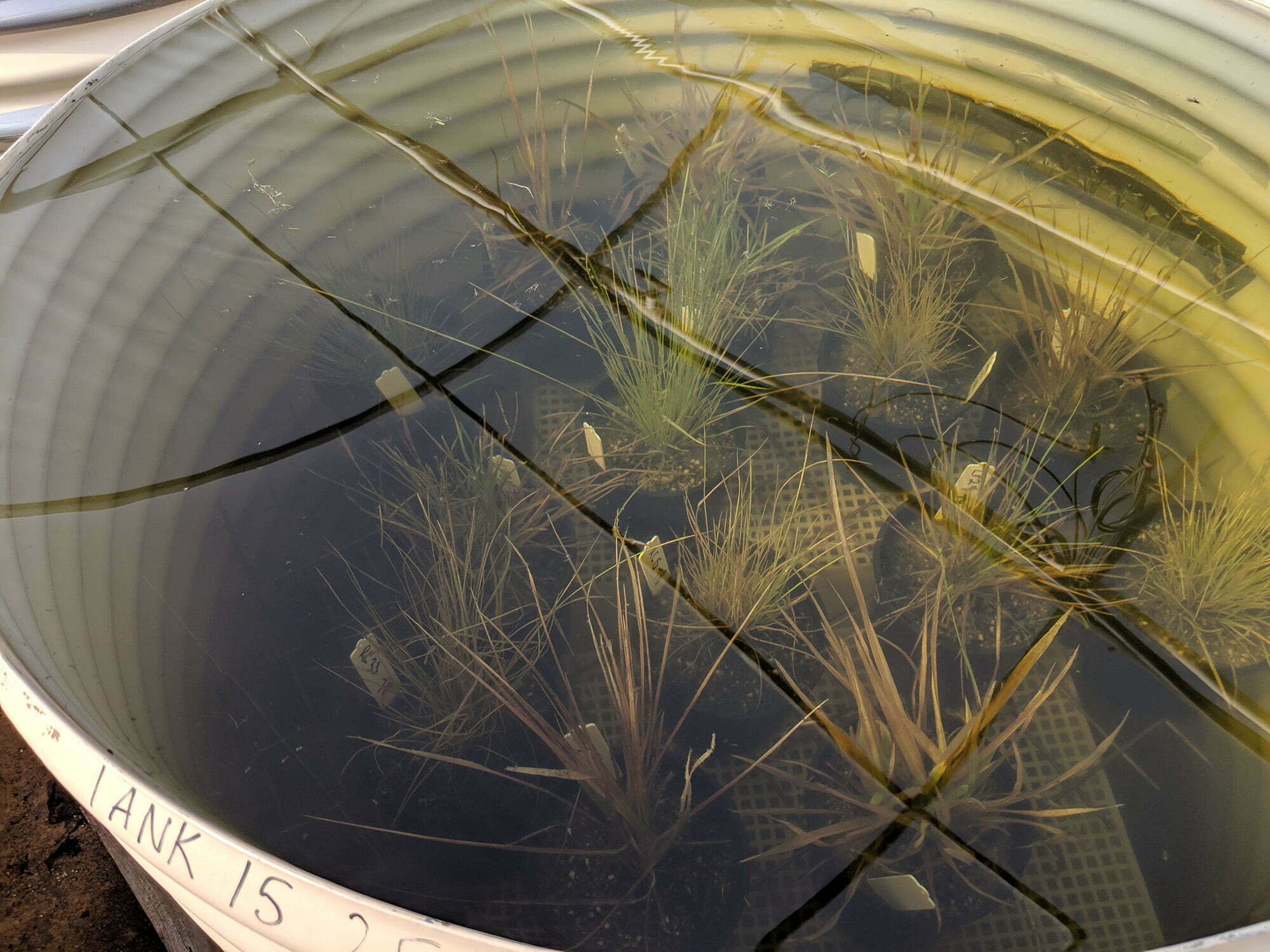 Figure 2. Experimental plants in one of the inundation treatments.

There were clear differences in the responses of our five species. Prairie Grass, Cocksfoot and Common Wallaby Grass had the lowest tolerance to inundation. In the two-week pulse treatment, all plants appeared to survive the first pulse, but began to die during the following two weeks, despite being no longer inundated. Survival and growth rates continued to decline during the second pulse, and all were dead by six weeks. None survived in the four or eight week inundation treatments (Figure 3). 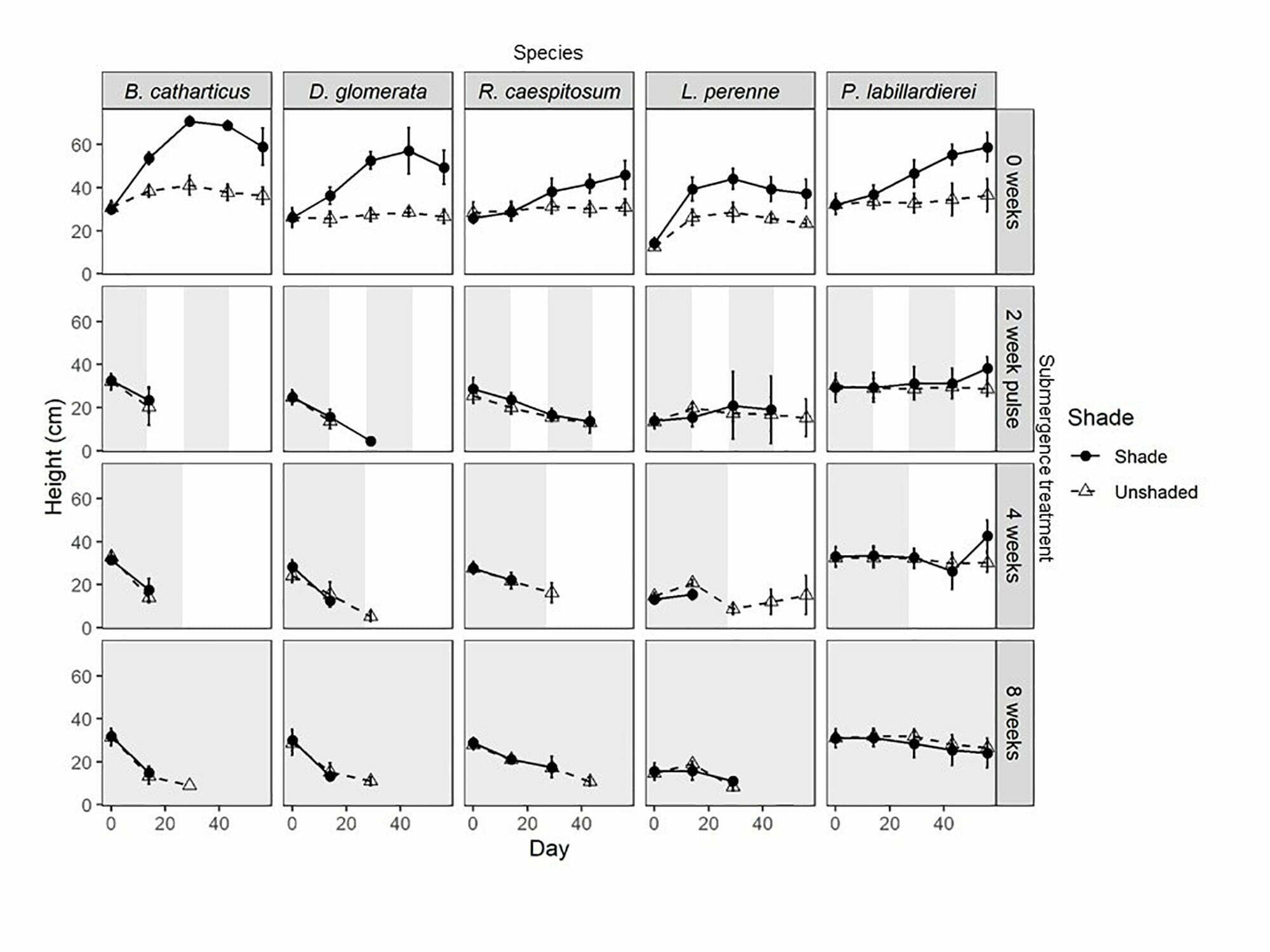 Figure 3. Heights of plants assessed as alive (measured as the height of the longest section of green leaf); values are means (excluding dead plants) + 95% confidence intervals. Grey shading indicates periods of submergence. The premature end of lines before the end of the experiment indicates that there are no plants left alive in that treatment.

In contrast, Common Tussock Grass largely survived all treatments irrespective of inundation or shading (Figure 4). It was the only species to maintain relatively stable heights and biomass across all treatments. 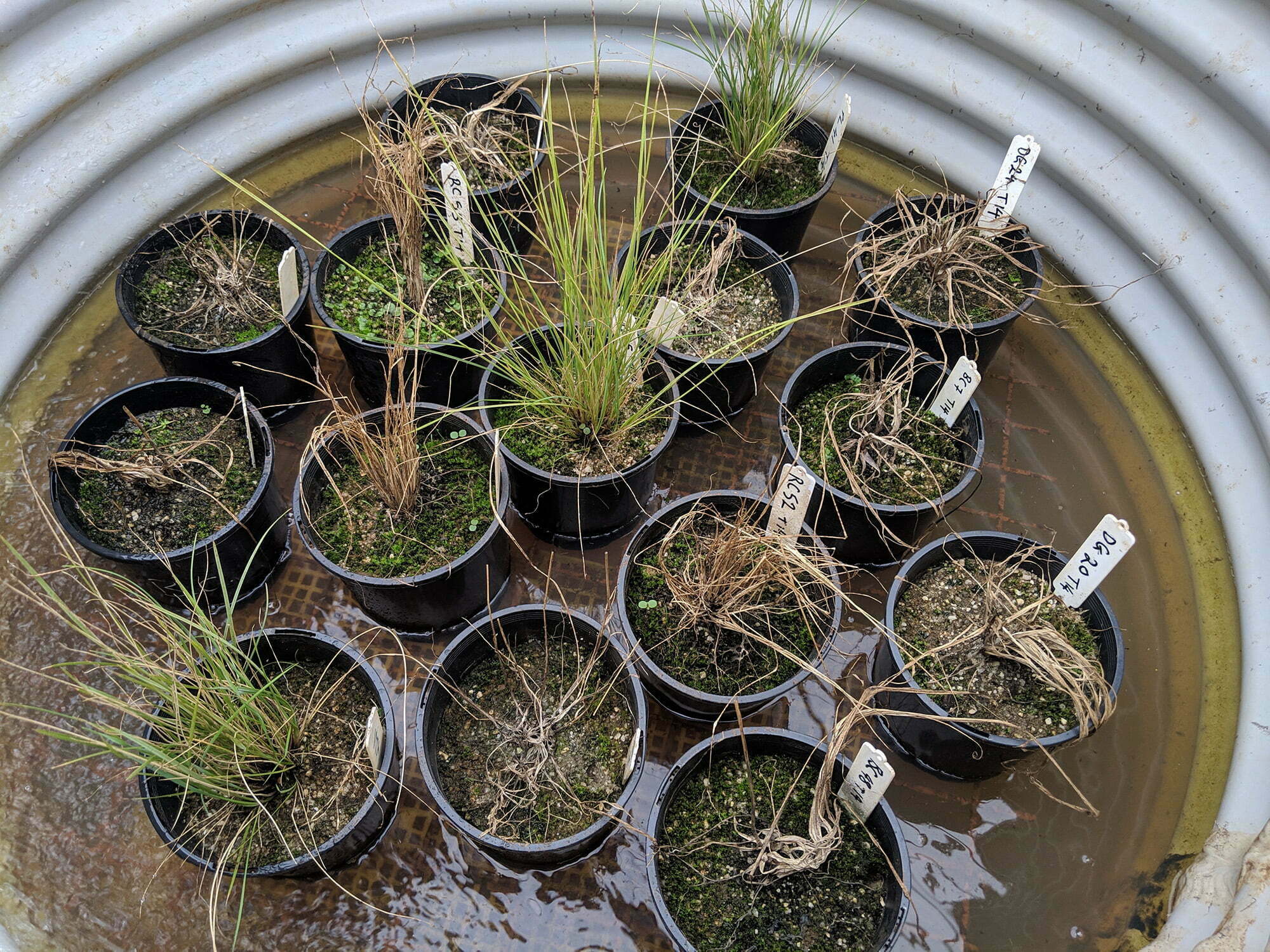 Figure 4: Plants at the end of the experiment. In this tank, all plants died from being inundated except for Common Tussock Grass.

Perennial Rye Grass was intermediate in its response. All plants died in the 8-week continuous inundation treatment, but survival rates were moderate in the unshaded 2-week pulse and 4-week treatments. It was the only species where shaded and unshaded responses were different, with unshaded plants generally surviving longer.

Our experiment suggests that inundation of some plant species in late summer and early autumn can result in high mortality rates, even after two weeks. This means that delivering unseasonal flows in two-week pulses – rather than as a continuous pulse – will not necessarily reduce plant mortality, and mortality may only become evident after water levels have dropped. Pulses of a shorter duration may reduce mortality of these species. However, we expect that unseasonal inundation will have a lesser impact on plants that typically occur lower down the bank that were not included in this study.

One reason for the observed rapid death rates may be the interaction of inundation timing with plant life cycles, as summer flows can inundate plants during their peak growing season when their metabolic demands are greatest. There is also likely to be a direct impact of warmer water temperatures, which can exacerbate inundation stress for plants due to higher respiration rates, accelerated carbohydrate use, and more rapid leaf decay.

Future work will specifically examine the effect of water temperature and shorter-duration pulses on different species, as well as any longer-term impacts of pulsed summer inundation, including on other plant life cycle stages such as flowering and seed production. Overall these results suggest that unseasonal flows may need to be carefully managed to reduce potential negative impacts on riparian plants.

The full paper can be found here: Responses of grasses to experimental submergence in summer: implications for the management of unseasonal flows in regulated rivers 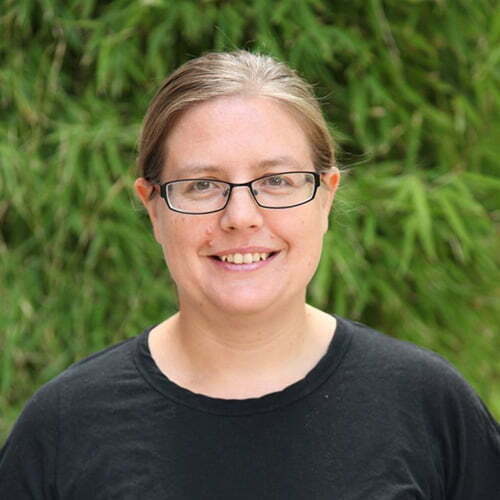 Lyndsey is a vegetation ecologist in the Applied Aquatic Ecology Section of the Arthur Rylah Institute for Environmental Research. Lyndsey’s research interests include the impacts of altered disturbance regimes on wetland and riparian plants, and the use of environmental flows and other intervention strategies for ecosystem restoration. 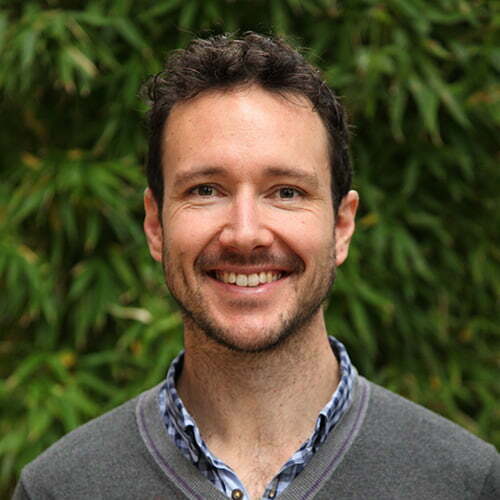 Chris is a quantitative vegetation ecologist in the Applied Aquatic Ecology Section of the Arthur Rylah Institute for Environmental Research. Chris has over 10 years of experience working in freshwater ecosystems throughout Victoria. Chris’ work and research has focused on a range of vegetation types, including coastal, heathland, mallee, woodland, forest and alpine systems. Chris is currently leading the vegetation component of the Victorian Environmental Flows Monitoring and Assessment Program (VEFMAP) and works closely with colleagues and researchers across a range of waterway monitoring programs across Victoria. 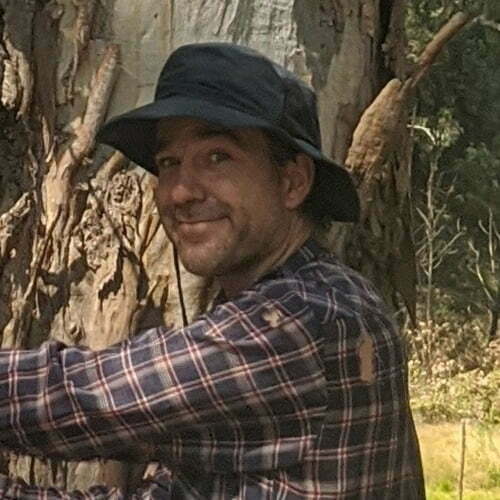 Joe is a riparian ecologist with a love of plants. Joe is a research fellow with the Waterway Ecosytem Research Group within the School of Ecosystem and forest Sciences at the University of Melbourne. His current research interests include: responses of riparian and billabong vegetation to natural and managed flooding; restoration of swamp forests at Yellingbo, critical habitat for Victoria’s faunal emblems; and understanding and managing deer impacts on native vegetation.

Please take a look at our Resource Centre, where we share the science and practice of what we have learnt over the years we have been working in river and riparian management.