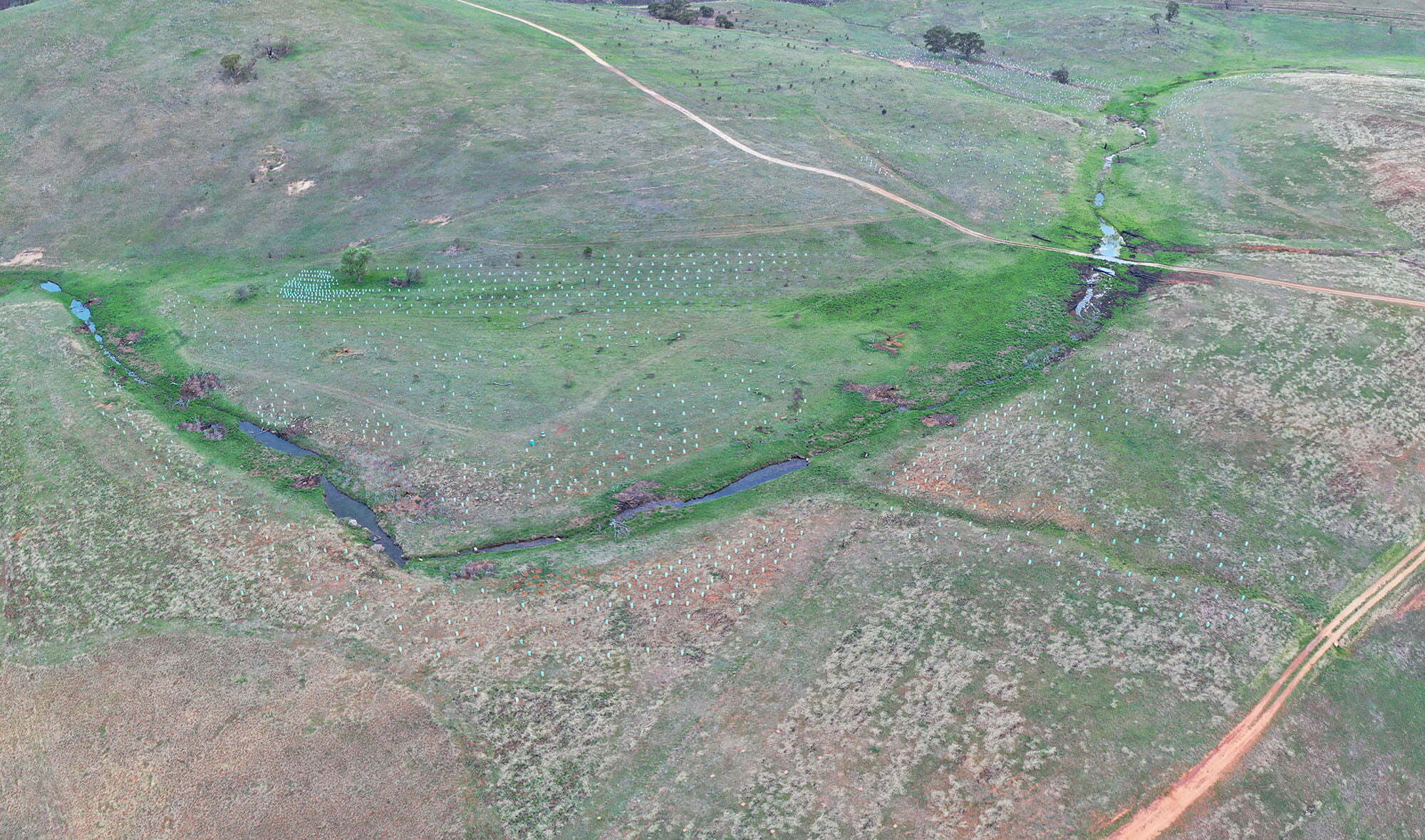 Upland waterways are intimately connected to their catchments – the thick lush grassy and wetland vegetation found in drainage lines and creek edges, filters catchment run-off, yielding clear water from tributary creeks.  The riversides of upland streams (known as riparian zones) are surrounded by a wonderful and complex array of groundcover, shrub and tree species that live in the transitional zone between aquatic and terrestrial ecosystems.  As such, riparian areas contain a unique continuum of plant species, each adapted to their particular micro climatic conditions and unique habitat complexity.  This makes riparian areas hotspots for biodiversity, and vital parts of our landscapes to protect and restore.

Bush Heritage Australia’s ‘Scottsdale Reserve’ is located in the Upper Murrumbidgee catchment.  The property was acquired to protect and restore the critically endangered yellow box gum grassy woodlands found in the region.   Scottsdale is nestled alongside four kilometres of the Upper Murrumbidgee River, where threatened native fish such as the Macquarie perch, and iconic species such as the Platypus are found.  The Gungoandra Creek, a tributary of the Murrumbidgee River, runs through a broad valley in the northern half of Scottsdale.  Given the importance of Scottsdale’s woodlands and waterways, protecting and restoring riparian connectivity is an important focus, but this is no small challenge!  The valley flats have long been cleared, periodically cultivated and extensively grazed for many decades.  This has not deterred those who work and care for Scottsdale, and led by Reserve Manager Phil Palmer, the team have been working hard to bring back native riparian habitat. 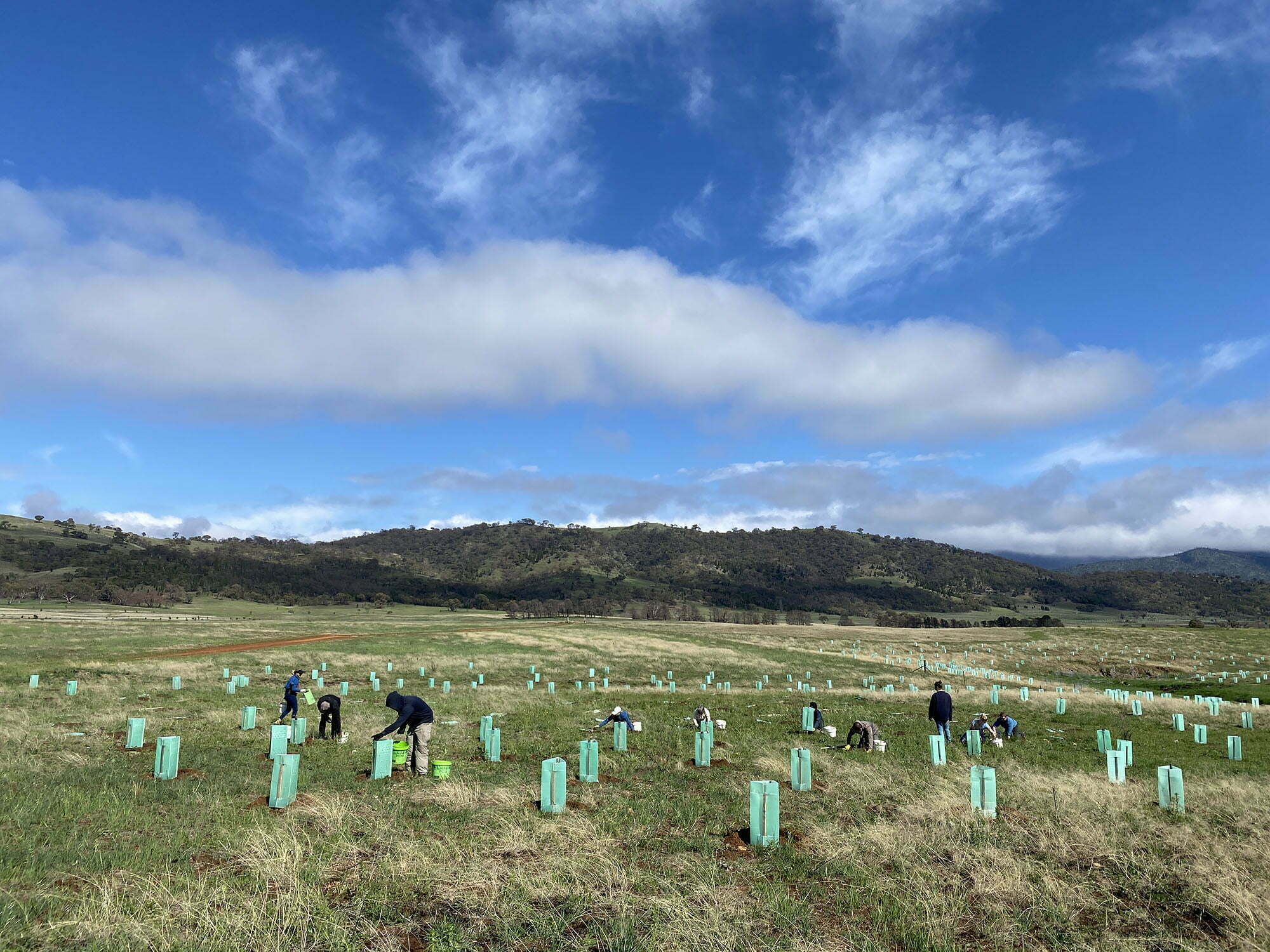 Volunteers out planting along the edge of Gungoandra Creek.  Photo: Kim Jarvis

The latest works, funded through the NSW Environmental Trust Rivers of Carbon Upper Murrumbidgee project, has been to restore a section of the Gungoandra Creek, and the team have done an amazing job to recreate the complexity we might naturally find in riparian zones.  The first step was to carefully assess site factors such as soils, elevation, drainage and flood patterns.  Based on this, the site was then divided into seven sub areas, and site conditions matched to plant species requirements.  Species mixes in each area were based on vegetation types occurring in the surrounding landscape.  In total, a mix of 21 native species were planted.  Prior to the plantings there were only about three native species present on the site!

Aerial view of the area being revegetated at Gungondra Creek. Photo: Graeme McDowell

The lowest areas have been planted out to Poa tussocks (Poa labillarderii) to recreate the Poa tussock grasslands that are naturally found in frost pockets and low areas of creek lines in the Upper Murrumbidgee catchment.  Plants were placed in wide wire guards that are resilient to flooding, and can withstand wombat grazing – wombats have been known to decimate a planting of tasty and tender Poas in just one dark night.  Three Poa seedlings were planted in each guard to assist with rapid establishment and resist future competition.  In conjunction with Poa plantings, the creek line was planted with runs of Woolly titree (Leptospermum lanigerum), sedges (Carex gaudichaudiana) and Small river buttercup (Ranunculus amphitrichus). 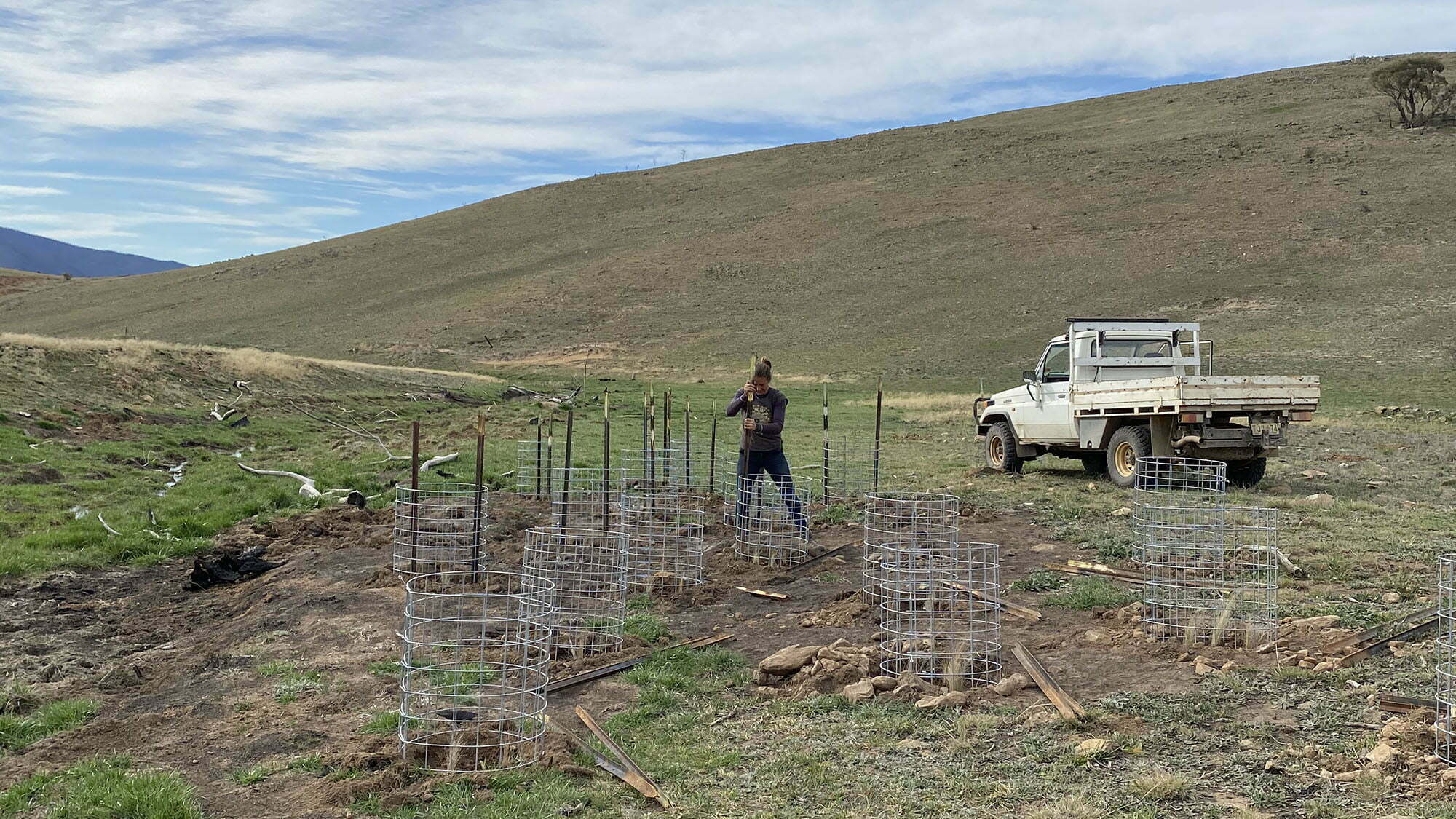 The remaining six sub areas of the site were planted out to various tree/shrub mixes to replicate the continuum of species that naturally extend out from riparian zones, and which integrate aquatic ecosystems into the larger landscape.  On the gently sloping, lower elevated areas of the site, which would receive periodic inundation, Black sallee (Eucalyptus stellulata), Poa tussock (Poa spp), Mat rush (Lomandra longifolia), and a variety of shrubs species such as River titree (leptospermum obovatum), wattles (Acacia spp) and Small-fruit hakea (Hakea microcarpa) were planted.  On the drier slopes surrounding the site Apple box (E. bridgesiana), White sallee (E. pauciflora) and Yellow box (E. melliodora) woodland species were planted intermixed with a range of shrub species depending on aspect, soil type and geology, and as found in the various woodland types which are present on the Reserve.

The works were assisted by a team of volunteers who got involved in site preparation and planting.  This has been no small task in a pandemic, and works were initially delayed due to lock downs and restrictions earlier in the year.  As these eased, Bush Heritage were able to implement measures to allow volunteers on site, with local volunteers working socially distantly across a larger team to complete this project.  Phil noted how important the works have been for the volunteers – not only to be part of restoring the creek, but also to allow volunteers to be able get out into the natural environment during times when travel was so restrictive.

Plantings were closely matched to micro-climatic conditions of the site. Photo: Antia Brademann 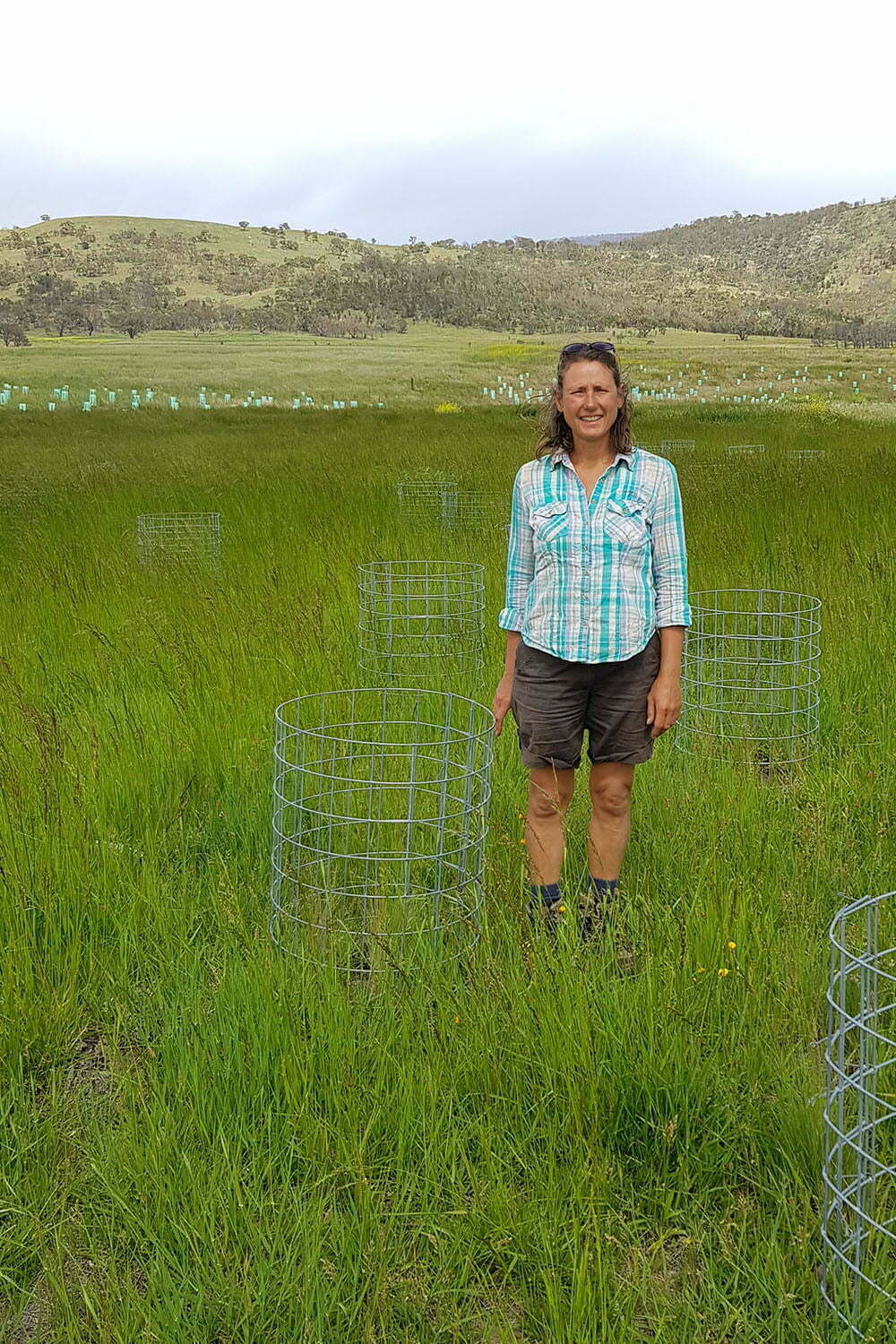 Kim Jarvis, the Field Officer at Scottsdale Reserve who carried out the project, showed me the plantings once they were complete.

“It (this project) was so fun- just like landscaping on a grand scale.” – Kim beamed.

Walking over the site it is easy to see how the complexity and diversity of the site will develop as the plantings mature.  This project has definitely made the most of the opportunities that riparian restoration projects present to restore ecosystem complexity, support natural processes and increase biodiversity of our waterways.

A big thank you goes to staff and volunteers of Bush Heritage for completing this amazing project in these challenging times!