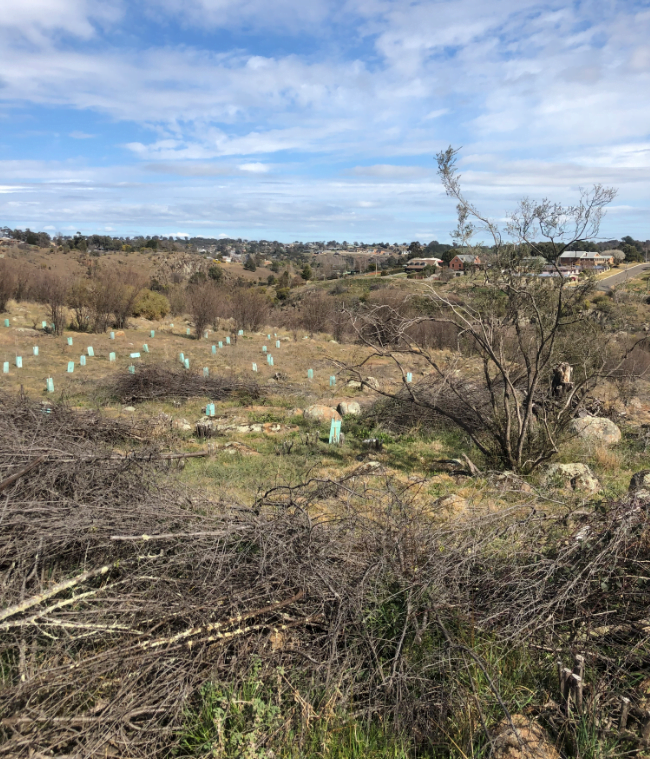 The Rivers of Carbon Yass River Linkages Project has restored habitat in one of Yass’s Aboriginal significant sites ‘The Riverside Camp’.  Situated close to the Yass Weir, the site was used by local Indigenous peoples as a camp, closer to town in the early 1900’s.

Makeshift huts made from sheets of tin metal and natural materials were erected on flat areas of the riverside slope, downstream from the weir. These flat areas can still be seen today, with bits of scrap tin metal embedded in the soil. There are also rock arrangements and remnants of fruit trees that may have been planted by the Aborigines occupying the camp. 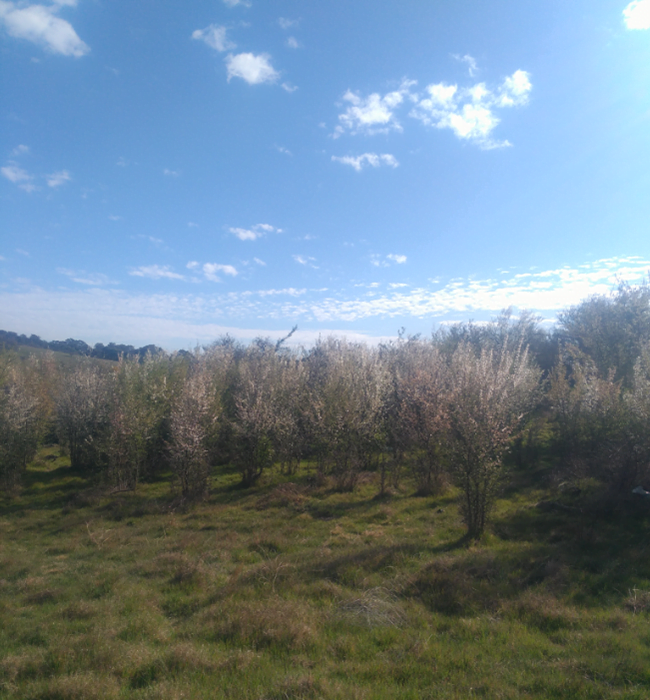 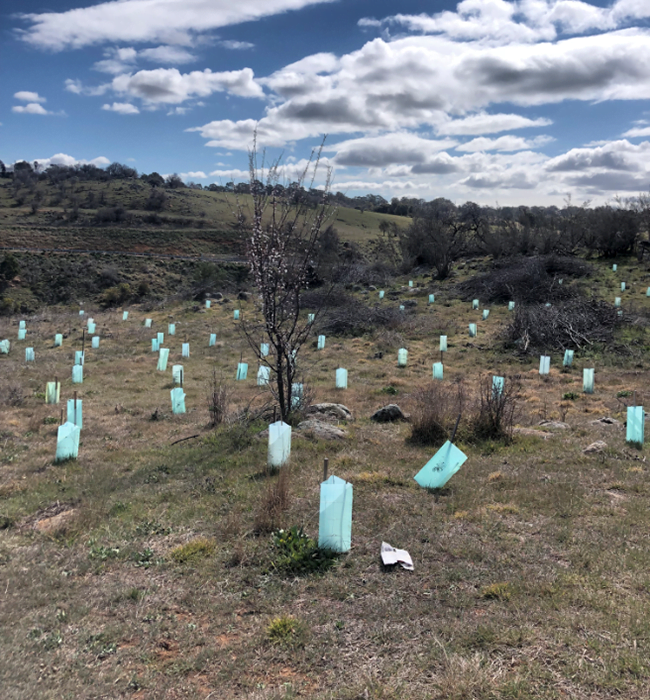 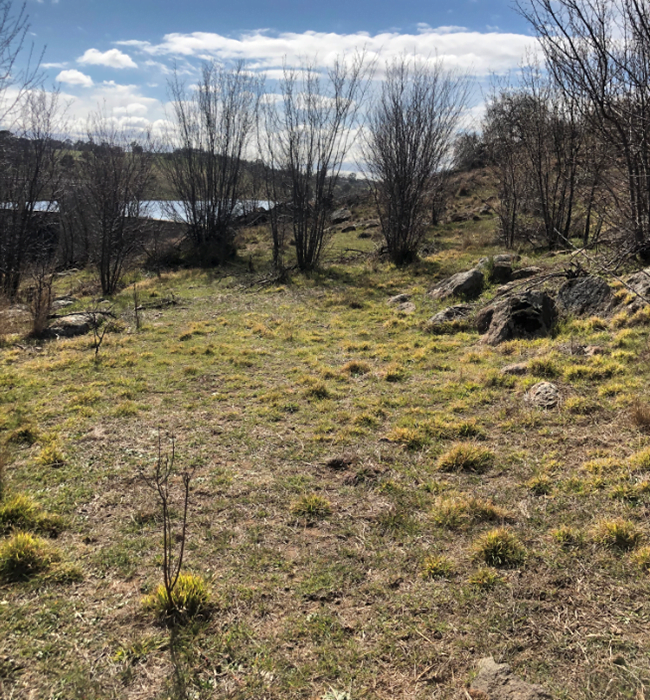 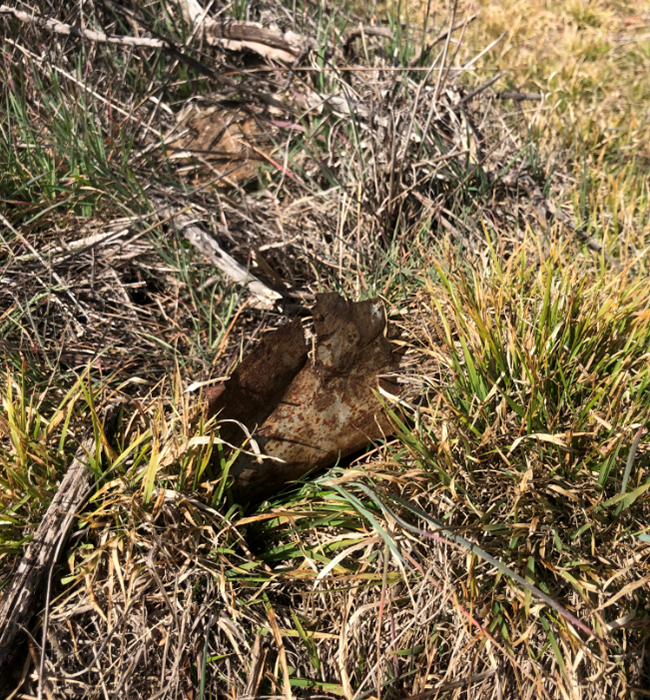 Piece of tin embedded in the soil. Photo Aaron Chatfield

The area is classed as a natural grassland and has great patches of Native Bush tucker, Dianella and Lomandra and Bulbine glauca, it also has native raspberry growing in some parts that may have been harvested by the aboriginal people in the past. 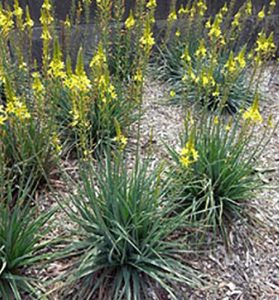 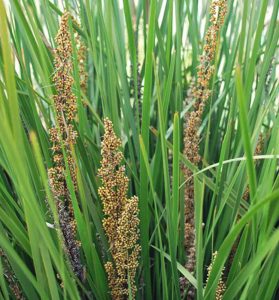 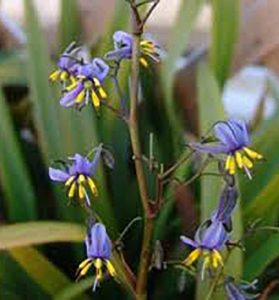 Over the years, the area has been over run with woody weeds, most notably box thorn. It has been the Rivers of Carbon and Greening Australia effort to remove these woody weeds and revegetate the area with native wattle trees and shrubs. Although, only a small area of the camp has been worked on, it is our hope that we have “paved” the way for future funding to be sought and for the rest of the Riverside Camp to be restored in following years. 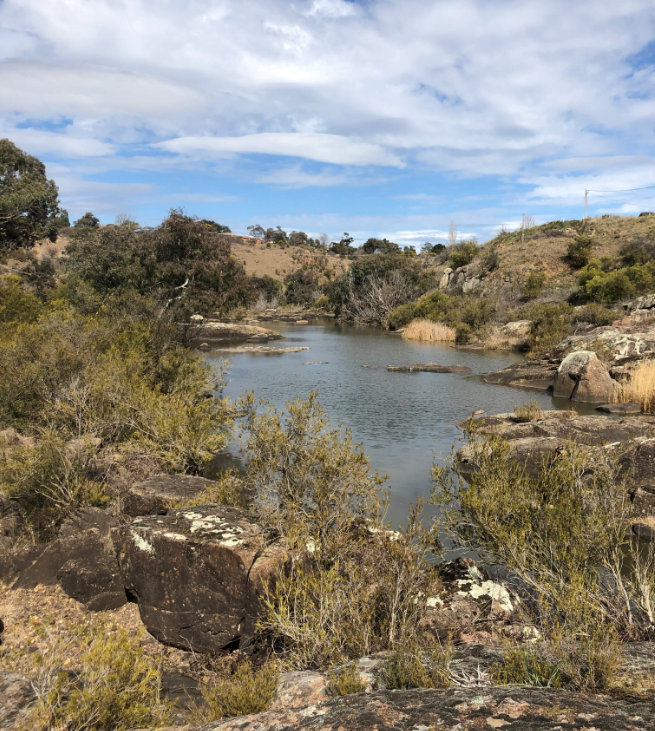 View from the Riverside Camp of the Yass River. Photo Aaron Chatfield

Rivers of Carbon: Yass River Linkages is a project that supports and extend the efforts of the Yass Area Network of Landcare Groups and others, who are committed to bringing the Yass River back to life. 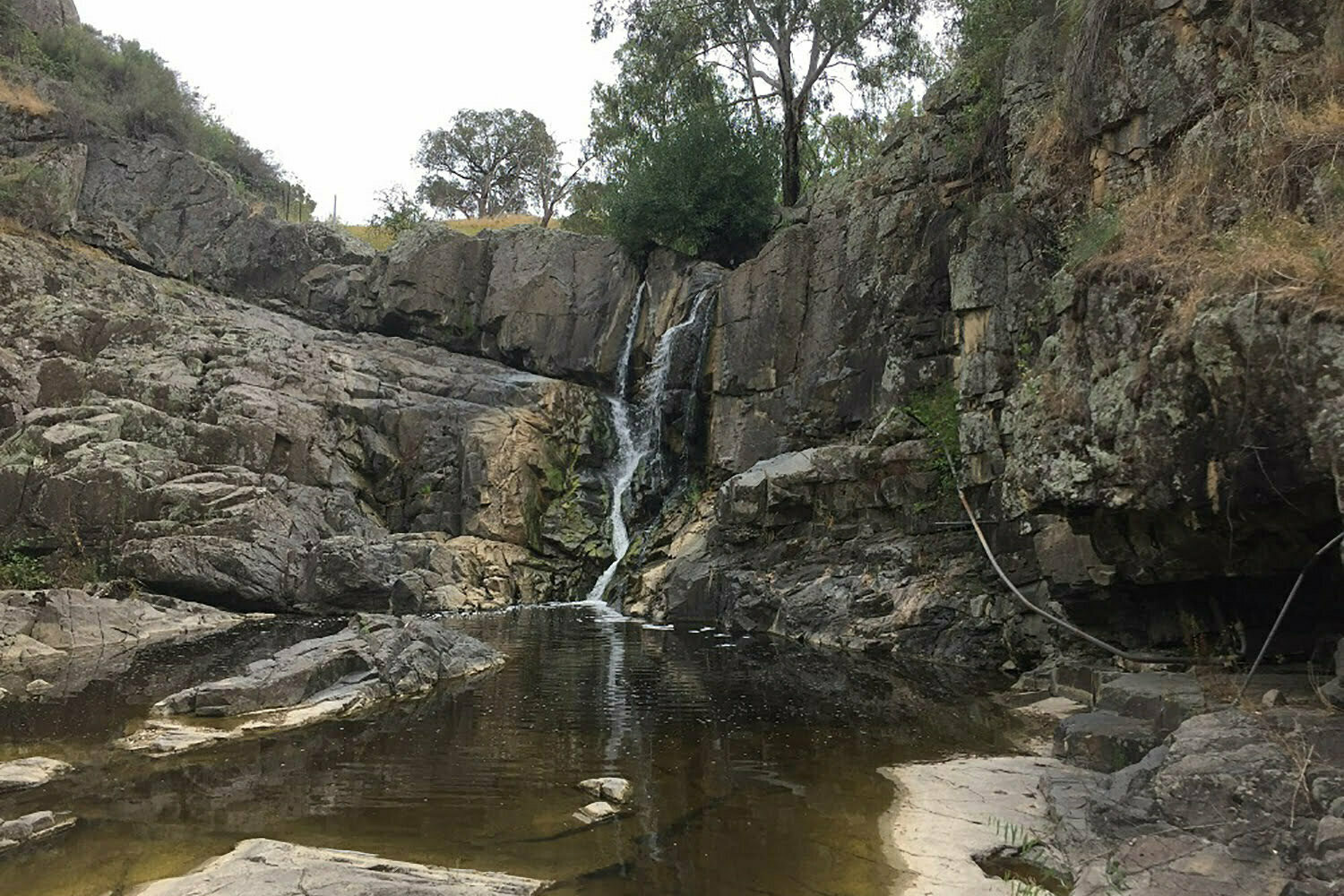