What?! We have three different types of ibis in Australia?

In the past 30 years, there have been significant declines in populations of all of our waterbirds, including the Australian ibis species. Australian scientists are hard at work studying these groups and attempting to identify the cause of the declining numbers in certain habitats. In the case of ibis, causes are thought to include reductions in beneficial flooding, loss of habitat, and high mortality rates.

Most of us know ibises as ‘bin chickens’, but ibises are beautiful creatures and play an important part in our ecosystem. Part of a group of long-legged wading birds, ibises typically inhabit wetlands and floodplains. They have a characteristic long, down-curved bill (as seen in the photos below) and usually feed in groups. They nest together in tightly-packed ‘colonies’ with nests sometimes numbering in the thousands.

But did you know that Australia is home to three ibis species? The Straw-necked Ibis, Glossy Ibis and Australian White Ibis. 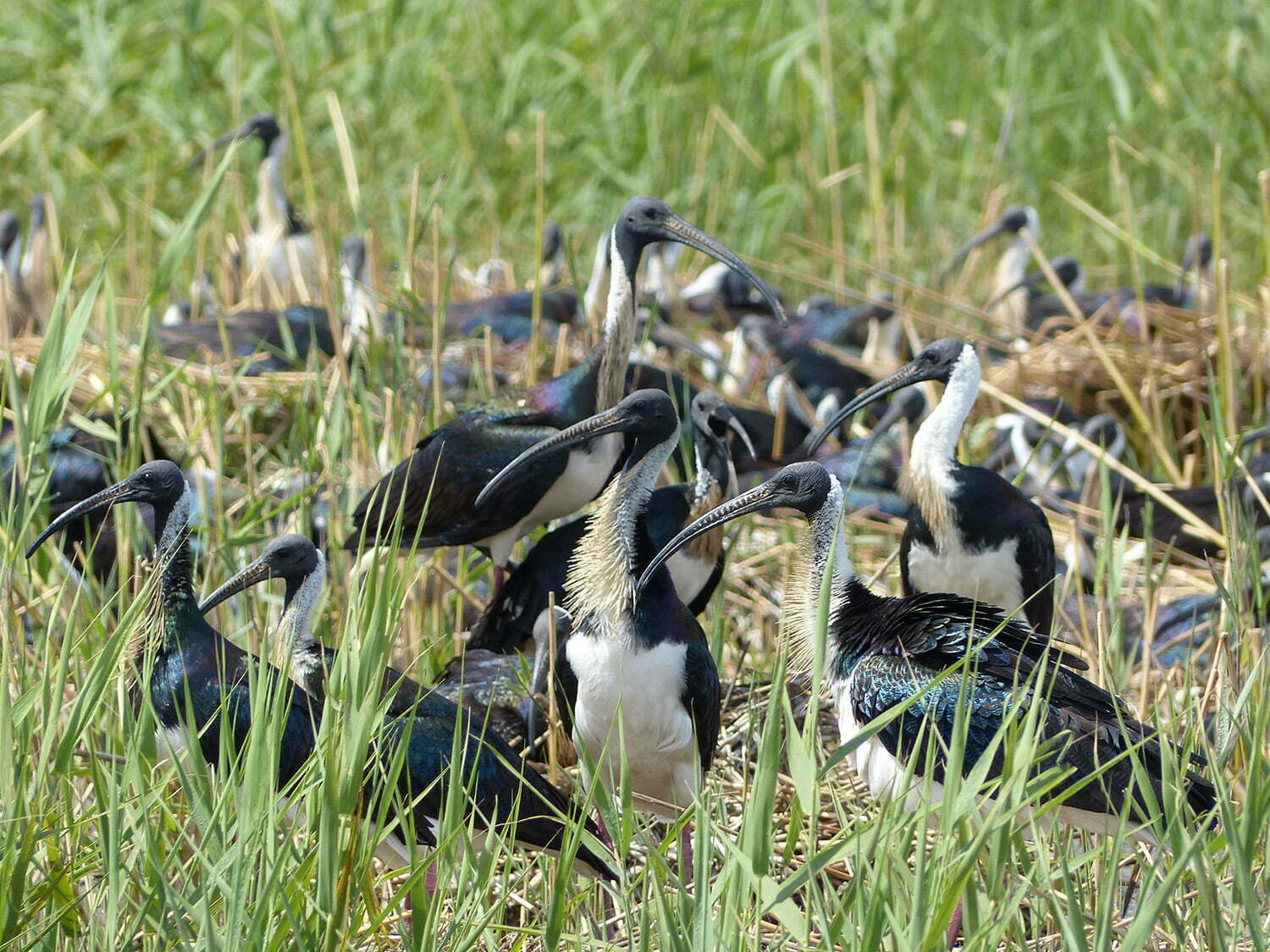 The Straw-necked ibis is widespread across much of the Australian mainland, and can fly hundreds or thousands of kilometres between temperate locations in the south and tropical areas, as well as between inland sites and the coasts either due to seasonal movements or in response to local environmental conditions.

It has a preference for wet and dry grasslands, pastures, croplands and swamp or lagoon margins. It will often mainly feed on terrestrial invertebrates such as locusts and spiders, but will also take aquatic invertebrates, crustaceans, fish, frogs, small reptiles and small mammals such as mice.

Fun fact: The straw-necked ibis has earned its nickname of ‘Farmer’s Friend’ by feeding on grasshoppers and locusts.
The Straw-necked Ibis is easily identifiable by its distinct features: 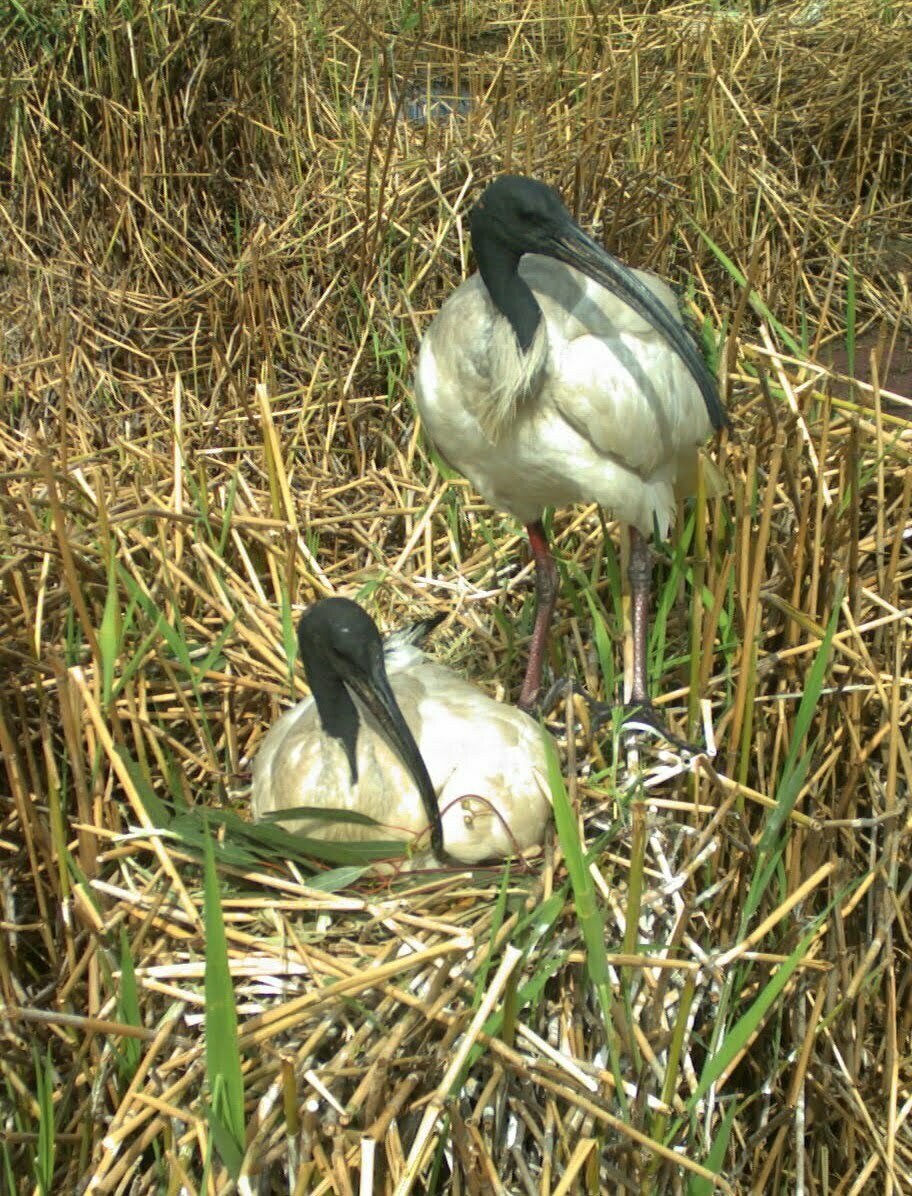 The more widely known ibis, the Australian white ibis was once known as the Sacred ibis but is sadly now often referred to as a bin chicken, tip turkey or dumpster diver. They tend to be opportunistic scavengers, and can often be spotted at rubbish tips and in city parks.

Australian white ibis are common and widespread in northern and eastern Australia, and recently have seen an increase in range and abundance in Western Australia. Their range of food includes both terrestrial and aquatic invertebrates, frogs, fish, crustaceans and human scraps. This species has moved into and settled in Australian coastal cities because of the abundance of human food and water available, in contrast to the declining availability of water and food in their natural habitats inland.

Another common name for this bird is Sacred Ibis, but this more appropriately refers to a closely related African species.

Additional read: Waterbirds on the wing 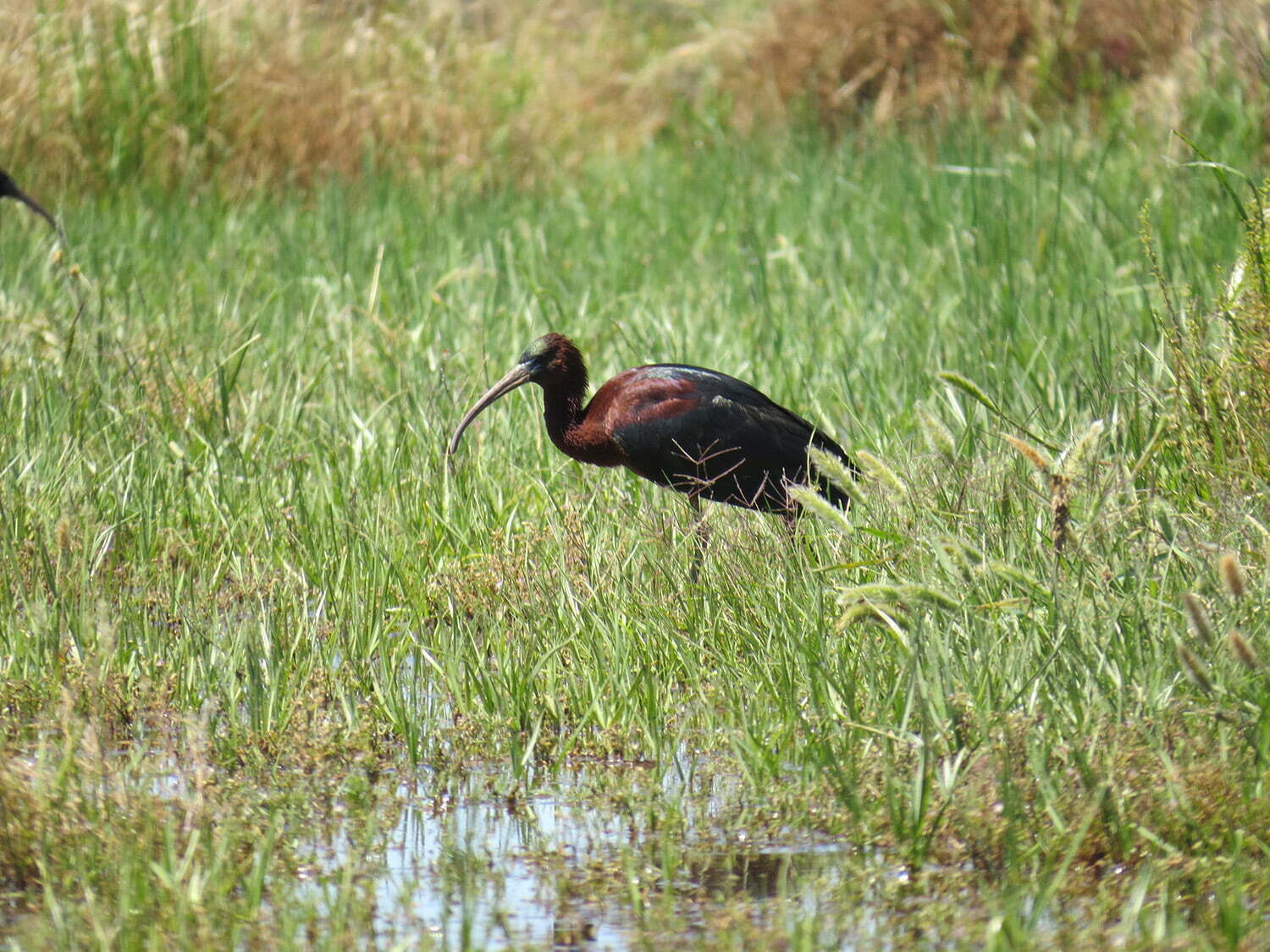 When viewed in poor light or from a distance, the Glossy ibis almost appears black. But don’t let that trick you, it gets its glossy title from an iridescent green-and-purple gloss that is visible in the right lighting.

The Glossy ibis is unlikely to be seen foraging in rubbish tips or on dry farmland. Instead, it prefers to probe the mud of shallow wetlands and saturated soil for aquatic invertebrates. It frequents swamps and lakes throughout much of the Australian mainland, but is most numerous in the north. It is a non-breeding visitor to Tasmania and the south-west of Western Australia.

Fun fact: Sounds made by this rather quiet ibis include a variety of croaks and grunts, including a hoarse grrrr made when breeding.
Features to help identify the Glossy ibis:

How can we support the ibis species in Australia?

Ibis are native birds, but not to the city environment. Sadly, humans have mucked up natural habitats inland, reducing natural flooding, and that’s had a negative impact on ibis species, causing breeding failures, population declines, and migration into cities.

Our Australian ibis populations depend on suitable feeding and nesting habitats coupled with flood events. Yes, flooding can be a good (and in fact necessary) thing for our native birds! Wetlands within the Murray-Darling Basin provide critical waterbird habitats, however the quality and availability of these sites are influenced by our management decisions. Protecting and maintaining suitable feeding and nesting habitats both between and during flood events is essential to maximise waterbird recruitment, maintain populations, and conserve biodiversity. This requires careful management of both vegetation and water regimes – including provision of floodwater in the right places at the right times.

Cows relaxing in the river leads to more poo…