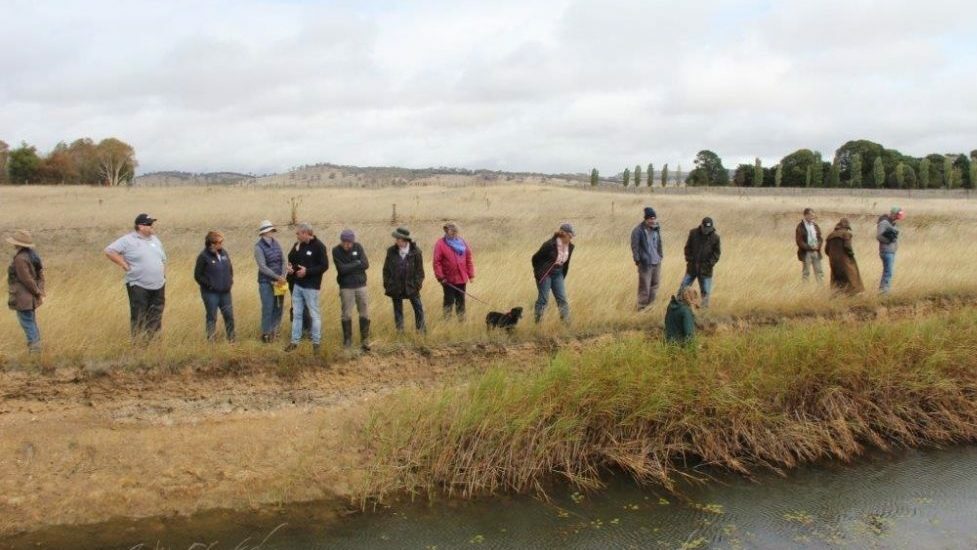 In March we held a ‘boosting biodiversity in Breadlabane’ Community Conversation to talk about the unique features of the region, including chain of ponds systems and wetlands, and how locals might best manage these areas on their farms.  The interesting thing about this region is that much of it is grassland, so planting trees along rivers is not necessarily the appropriate course of action.  We  hope you enjoy our film from the day…

We have made a film about the event which features our guest speakers – Wally Bell is a Nguanwal Elder who spoke about the deep connections his people have with the area around Breadalbane.   He also shared some wonderful stories about Budjabulya the water spirit that lives in Lake Ngungara (renamed Lake George).

Dr Heather McGinness was our other guest speaker and spoke about the importance of wetlands and chain of ponds, like those found in Breadalbane, for birds as stop over points in their feeding and breeding cycle.   Heather has been doing work satellite tracking birds in the Murray-Darling Basin through the Environmental Water Knowledge and Research Project (EWKR), and workshop participants were fascinated to see the distances birds travel.  Of particular relevance to our region is the Latham’s Snipe that travels from Japan to our region every year on its migration route.  Locals were delighted to discover that the Latham’s Snipe comes to their wetland, as well as a host of other significant species do too.  Some of the key messages to come out of Heather’s talk were that:

All in all Heather’s talk really resonated with our goal at Rivers of Carbon to provide connected habitat for plants and animals along and around our wetlands and rivers.

After an enjoyable morning tea we headed out to Breadalbane wetlands and found a spot where we could access this magnificent site filled with native macrophytes.  We spotted at least three different reed species, some beautiful milfoil species and had a great discussion about how best to manage these areas.  Heather spoke about the importance of having wetlands and tree belts close to agricultural land as her work is showing that birds make their homes in the native vegetation, but help farmers out during the day by hanging out in agricultural areas eating insects and bugs that prey on crops.  This is a great good news story about how nature and farm production can work together.

We also walked along an ephemeral stretch of creek on Shlomi and Mary Bonet’s property.  What was interesting about this site was the richness of diversity in grass and flower species.  These species would not be as predominant if we had planted trees and shrubs, and we had a great discussion about what the appropriate course of ‘restoration’ action is in environments that might have traditionally been grasssland.  As a group we decided that perhaps the best approach on a site like Mary and Shlomi’s is to protect the grassland but maybe add in some clumps of trees and shrubs so that they create stepping stones along the creek for other wildlife and birds to use.

Thank you to everyone involved:

We had a terrific morning and had two more landholders asking to get involved in our Rivers of Carbon work which is terrific.  To read more about our project you can follow this link which will also give you the contact details of our on-ground team Haydn and Mary. 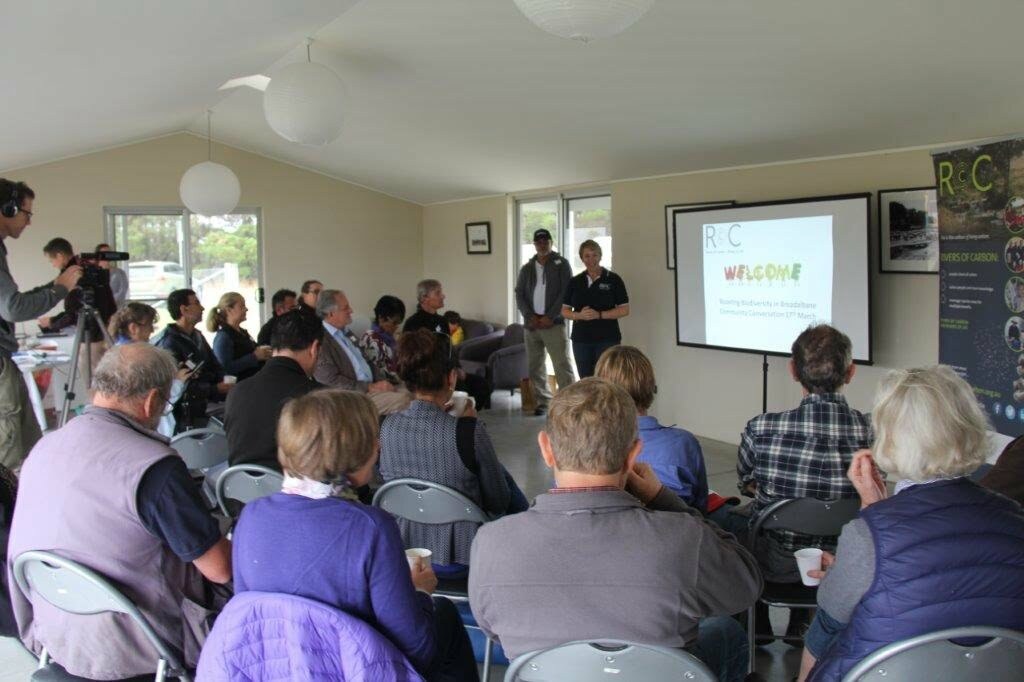 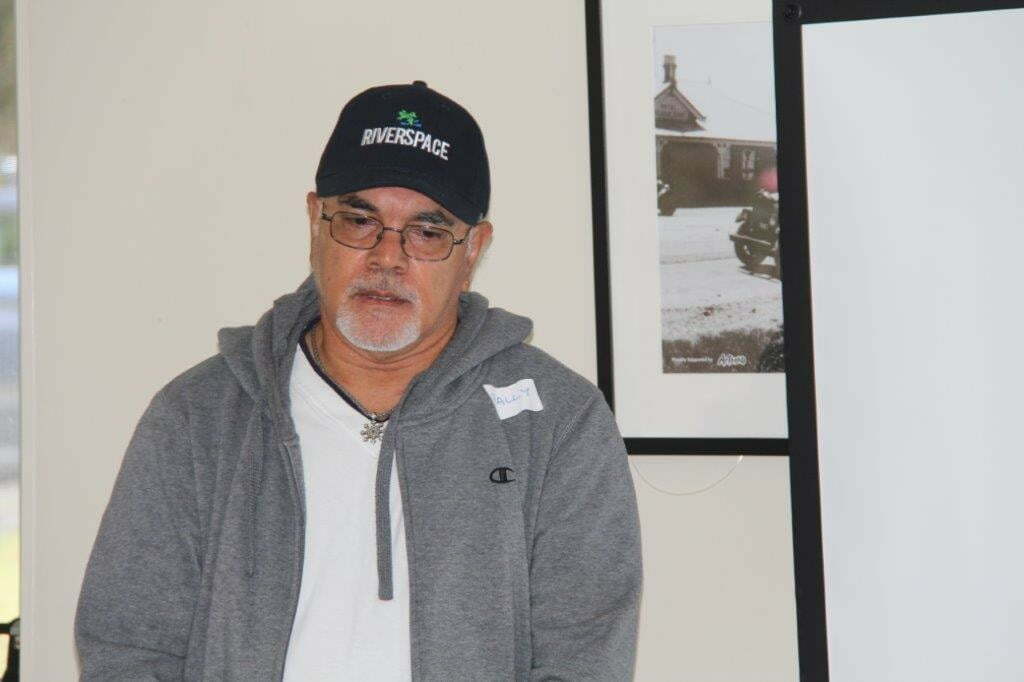 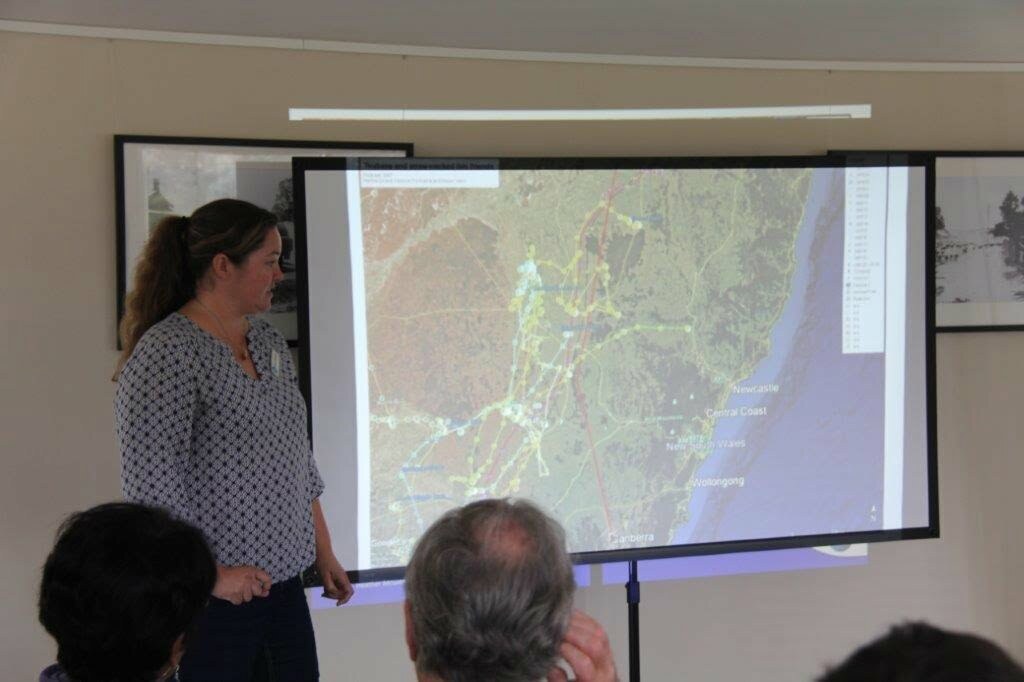 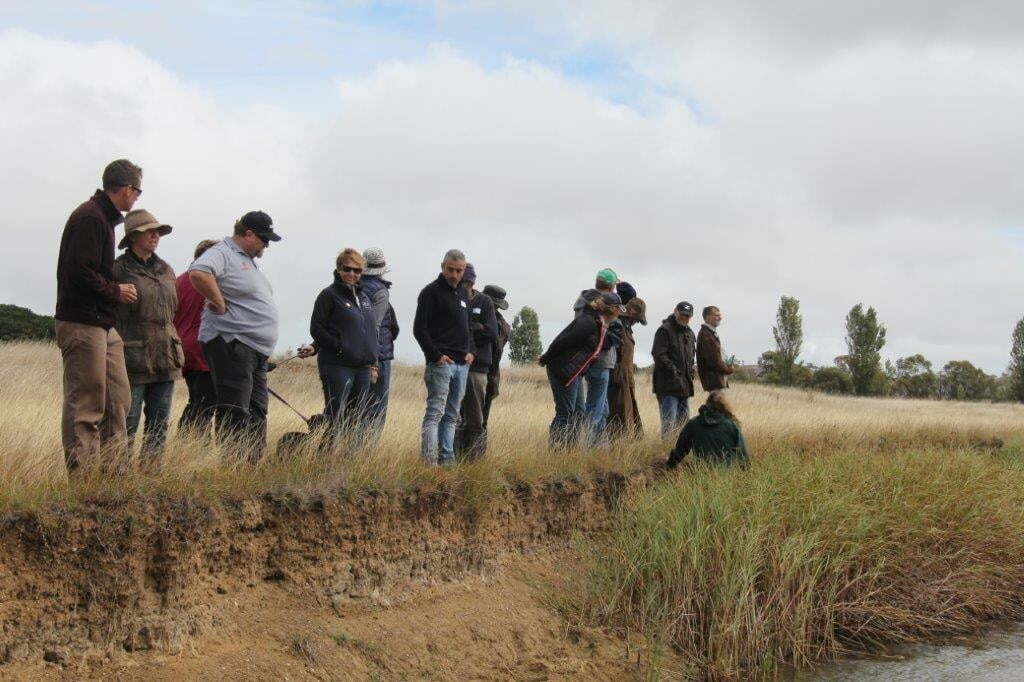 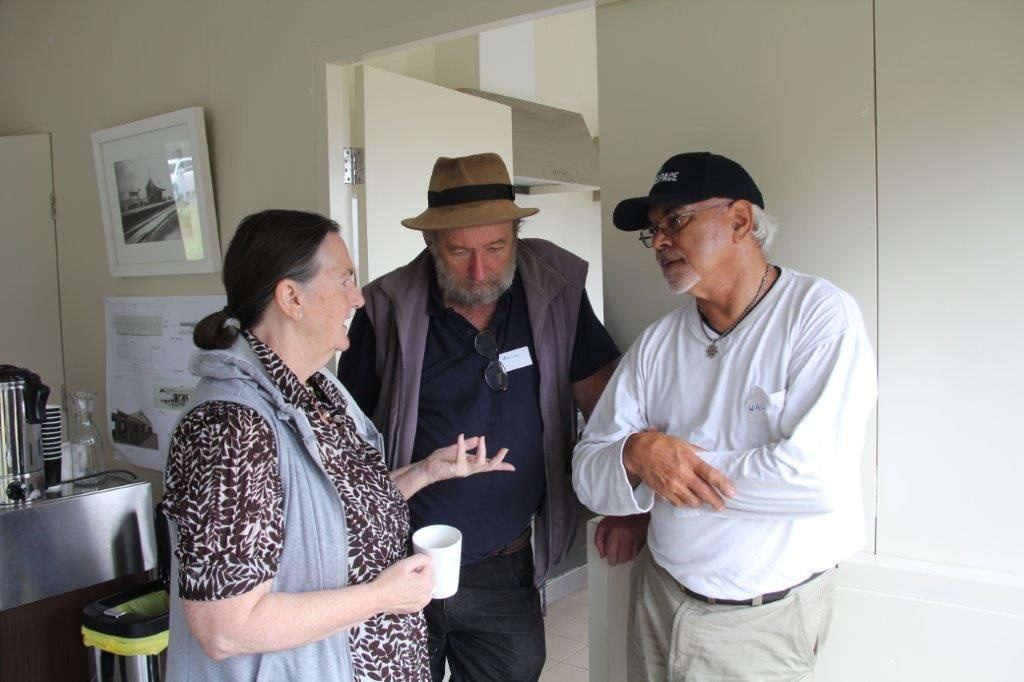 Looking for a Rakali (water rat)

You can also watch the story on ABC Online by following this link.