A passion for trees

A passion for trees and the environment has been the impetus for change for Yass fine wool growers Jane and David Major. 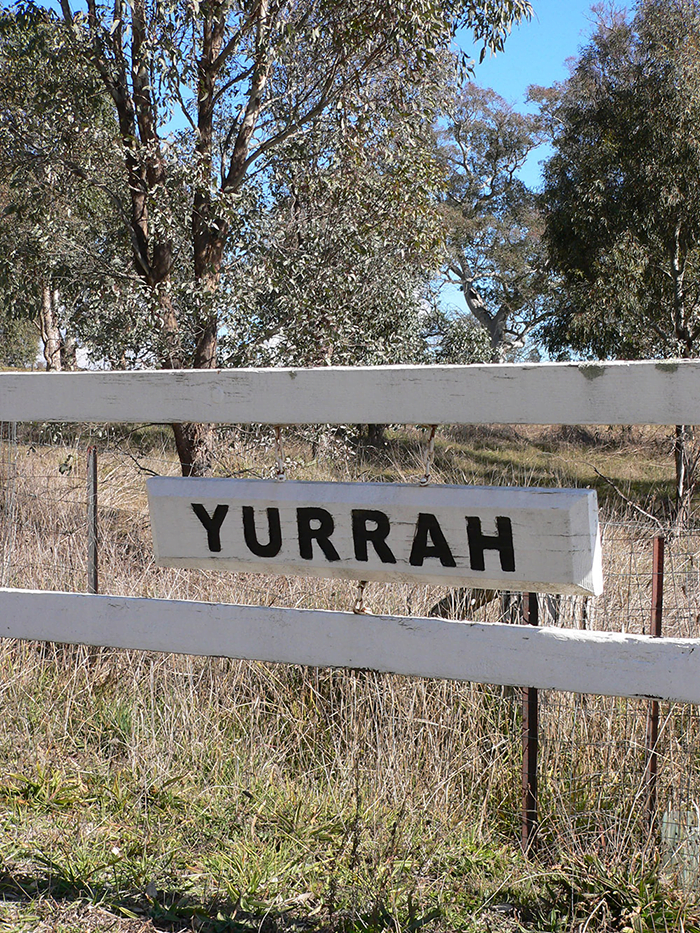 The name of their grazing property is ‘Yurrah’, which means place of trees. Since buying their 330 hectare farm 14 years ago, the Majors’ goal has been to improve the landscape through individual tree plantings, creating shelter belts, and protecting riparian vegetation.

Building on earlier work they completed through funding from Greening Australia, Jane and David have become involved in the Rivers of Carbon project. This has allowed them to fence off a significant stretch of Yass River frontage on their farm to rehabilitate the riparian area and use more grazing land for stock. 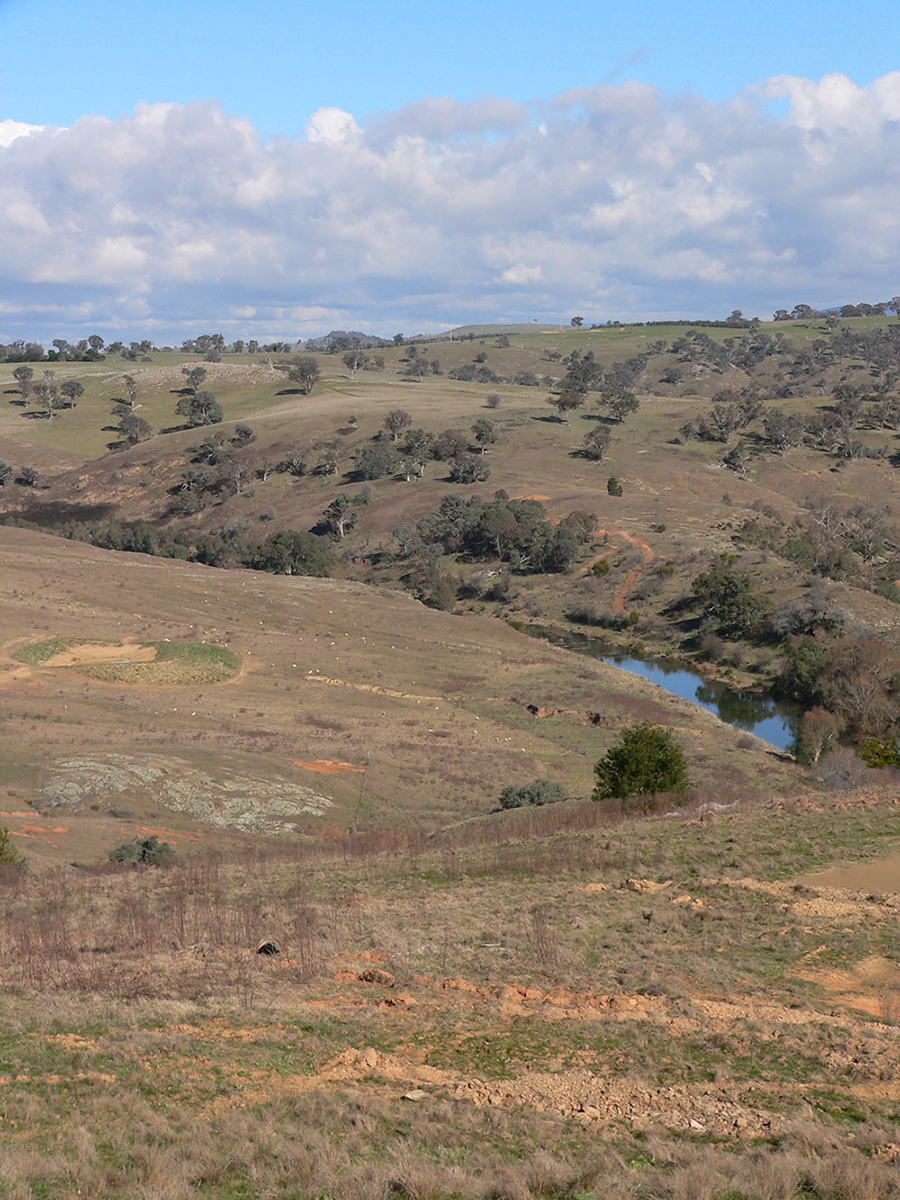 Becoming involved in the Rivers of Carbon project has allowed Yass farmers David and Jane Major to fence off a stretch of river frontage to rehabilitate the riparian area and provide more grazing for their stock.

“There were several motivating factors for us getting involved in the Rivers of Carbon project, the first being we wanted to protect the waterways and provide a habitat for all the wildlife which lives along the river corridor, “ Jane said.

“We have such incredible bird-life, including Wedge-Tailed Eagles, Crimson Rosellas, Little Thornbills, Finches and the Scarlet Robin, along with the most beautiful little Rock Wallabies who all live in the river area – the river is such a real living thing,” she said.

“Our second motivation was purely practical and production-focused.  We can now graze the area which is fenced off from the river, providing  more pasture for our sheep.  The grazing also helps keep weeds under control.”

Carbon credits were in the mix of factors, but not a high priority, as Jane believes the science and funding arrangements are still unclear.

When they first bought the farm, there were few paddock trees left unscathed after a lerp attack during drought.  There was also evidence of a fire at some stage which had destroyed a lot of trees. 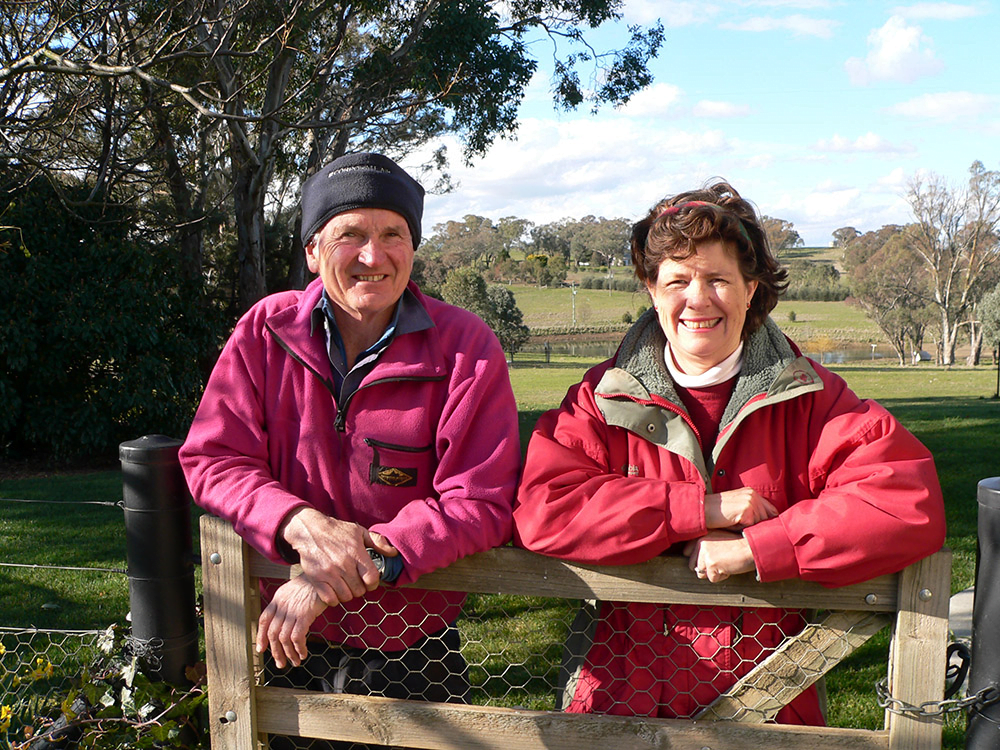 A love of trees and the natural environment is a focus for David and Jane Major on their Yass fine-wool growing property Yurrah.

According to Jane, there was little diversity in the remaining trees with Red Gum (Eucalyptus blakelyi) comprising about 85%, Yellow Box (E. melliodora) 10%, and Red and Grey Box (E. polyanthemos and E. microcarpa) 5%.  Sheep grazing had also limited tree regeneration.

“We have always been very interested in trees, and when we arrived here we felt we needed to get more trees back into the landscape,” Jane said.

The Majors have established small plantations across the farm to assist in erosion control, help regenerate degraded areas, provide shelter for sheep, and create habitat for birds and other wildlife.  The shelterbelts are available to graze in dry times. They have also planted individual paddock trees, and will continue this work throughout their farm. 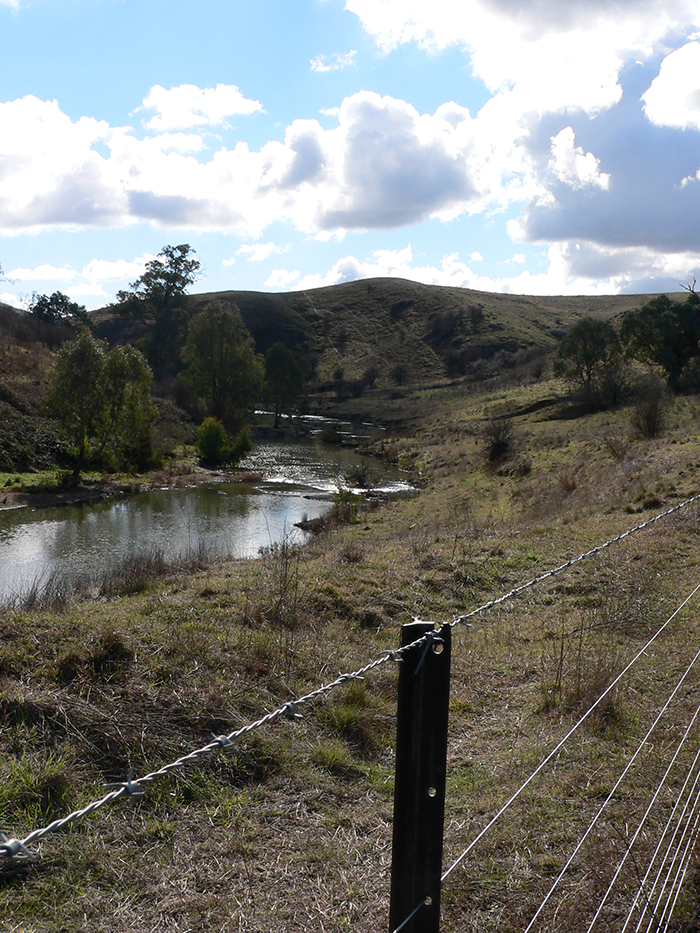 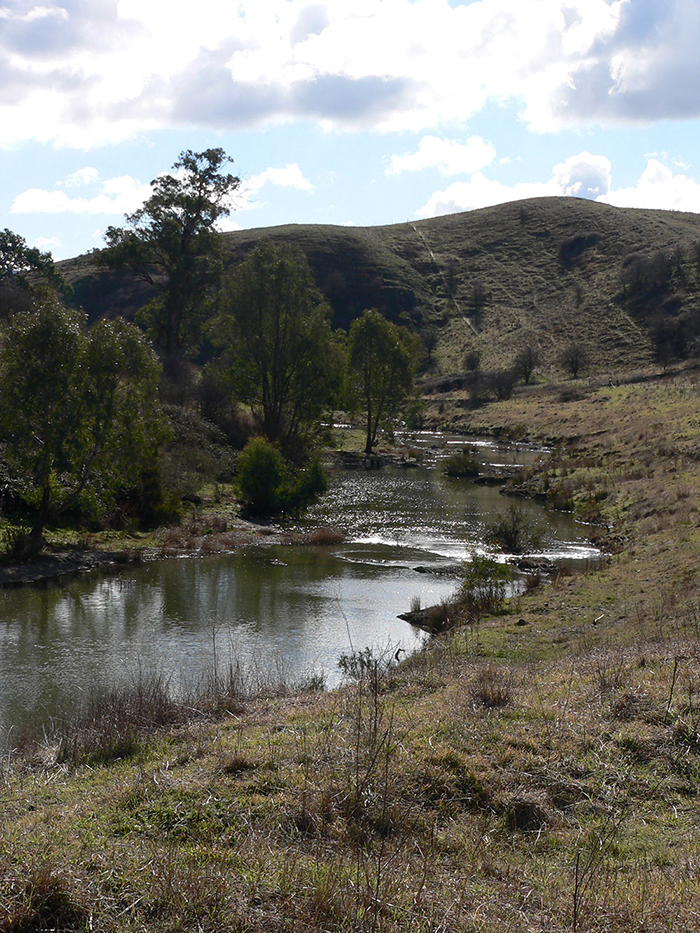 “Look after the land and it will look after you, is a principle a lot of people use. European farming practices have damaged the Australian landscape causing long-lasting changes to soil structure and compaction, and contributing to topsoil loss and erosion.  Our goal is to improve our landscape through tree and shrub plantings, not just in shelter belts but through the paddocks as well.” Jane said.

“We are also interested in introducing exotic trees, such as some of the oak species found in the Mediterranean (Quercus macrocarpa and Quercus canariensis), and North America (Quercus palustris), that we feel are suited to planting in this environment. 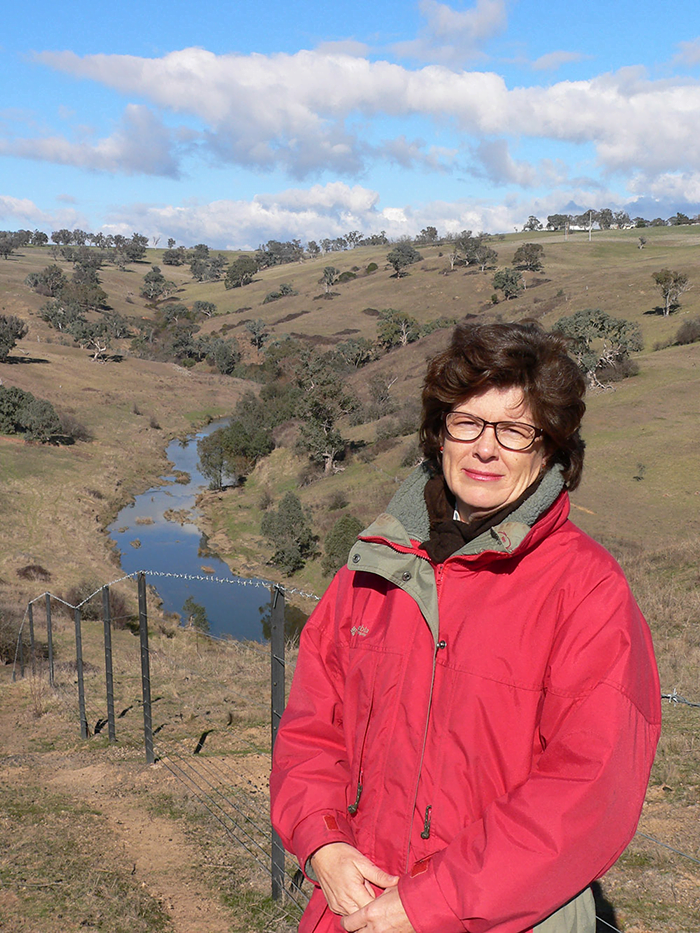 Funding through the Rivers of Carbon initiative has allowed Jane and David to fence off approximately two kilometres of Yass River frontage, providing protection for riparian vegetation and improved grazing management.

Originally, the river paddock totalled about 40ha, and flooding had always caused problems with the loss of flood gates, leaving livestock free to wander off down the river. For ease of management the Majors seldom grazed the river paddock resulting in wasted pasture and increased weeds.

The river was fenced off during November 2012 and, as part of the Rivers of Carbon project funding, alternative water sources were provided, enabling the Majors to build two dams.  The fence has been erected away from the flood zone above the high water mark, following the contours of the land and allowing for practical considerations such as access.  The fence has 9-wires, 8 plain and 1 barbed wire running along the top. 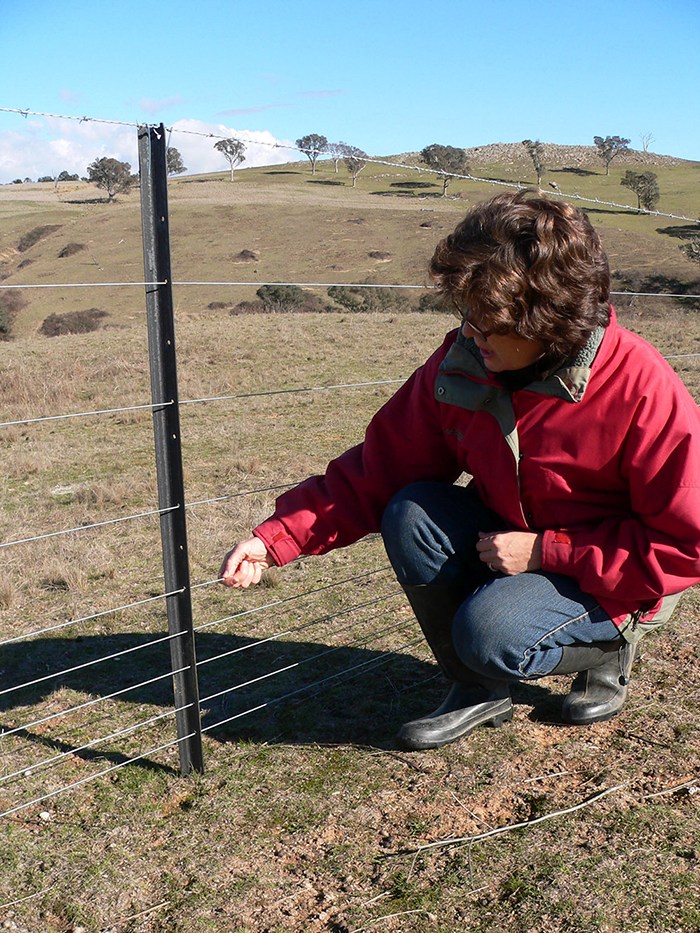 The fencing approach used along the river. The bottom plain wire lines are spaced closely together to help prevent wombats from damaging the fence.

“We have tried to ensure the river corridor and riparian area is quite large, and as it has not been grazed for the past five years, there has been some regeneration of native shrub and tree species including Tea-tree, River Red Gums and Acacias. It will be interesting to watch how it comes back now it has been fenced off,” Jane said.

“Fencing the river off has a range of production benefits, as we now have an adjoining paddock which can be accessed again. Being able to graze this paddock will also assist in keeping the weeds under control, as we found they were taking over without any grazing pressure,” she said. 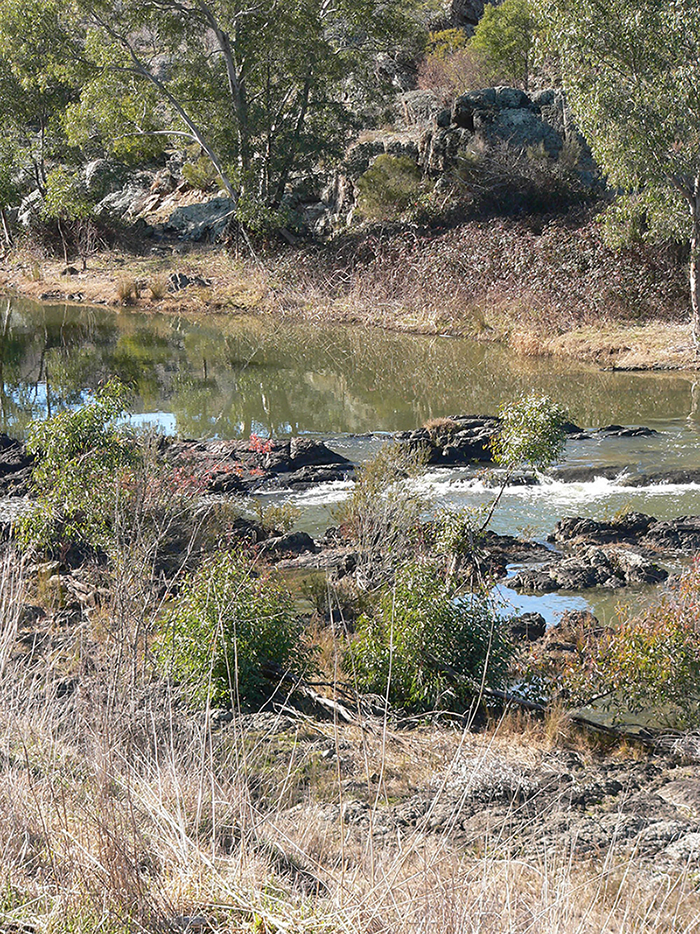 Now the river corridor has been fenced off, Jane is looking forward to monitoring the regeneration of the native trees and shrubs in the riparian area.

There are some issues with weeds along the riparian area, including Paterson’s Curse, St John’s Wort and blackberry infestations. The blackberries are sprayed using a helicopter during December and January.

Crack Willow is also a significant problem, as branches that break off can become embedded in the river bank downstream and take root. It is a very invasive weed that flourishes in riparian areas. Due to access difficulties for large excavating machinery on Yurrah, each tree must be treated individually using stem injection.

“Lori Gould from Greening Australia has suggested coordinating with neighbouring farms to provide a whole river approach to managing the Crack Willow, starting upstream and working down.  This is a project which is in the pipeline.”

Ongoing management of the site will include weed and feral animal control, which will facilitate regeneration of remnant vegetation and help preserve the riparian environment. 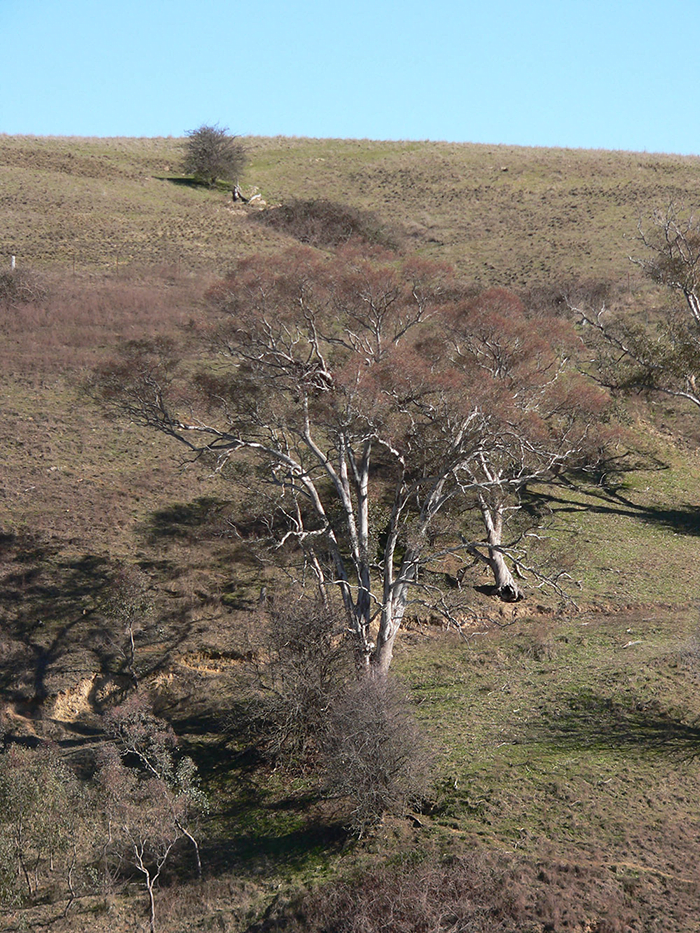 What do farmers think about planting riparian margins?

Cows relaxing in the river leads to more poo…