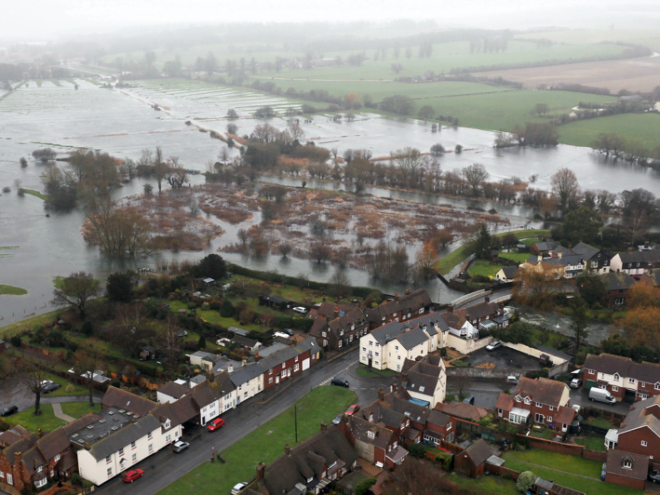 There is still widespread confusion about the linkages between human-induced climate change and extreme weather, not only among the public, but also among some meteorologists and others in the scientific community. This is both a communication and a scientific issue. In order to advise adaptation planning and mitigation options, there is a need to communicate more effectively what the most up-to-date science says about event attribution, and to include appropriate information on linkages when reporting extreme weather and climate events in the media.

In Australia, the summer of 2013 was the hottest on record. The sustained high temperatures were linked to bushfires in the country’s southeast and severe flooding in its northeast. According to a scientific analysis, the record heat that summer was made at least five times more likely by human-caused warming. This conclusion was made using the observed temperature record and climate models. 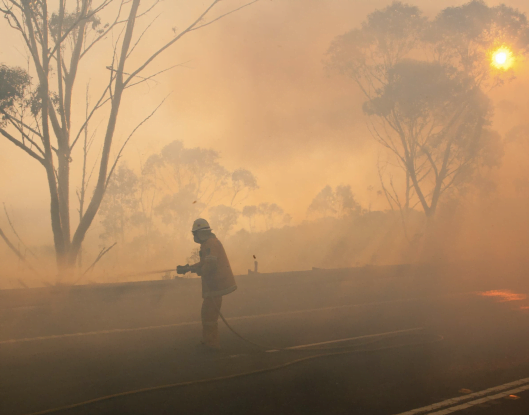 While scientists have known for decades that changes in some classes of extreme weather would result from climate change, the science of attributing individual extreme events to global warming has only advanced significantly in recent years to cover a greater number of extremes and achieve a greater speed of scientific analysis. Unfortunately, the communication of this science outside the extreme event research community has, with a few notable exceptions, not fully reflected these advances. The media, politicians and some scientists outside this area of research still often claim that “we can’t attribute any individual event to climate change”, however this is not the case.

This is in part because many scientists themselves repeated this message, sticking to the generic explanation that many of the extreme weather events witnessed in recent years were consistent with projections of climate change. However, science has moved well beyond this general explanation to specific event attribution. Yet there are some cases in which scientists can say more about attributing the underlying factors behind an extreme event than about the specifics of the event itself. This complexity can create confusion and lead to missed communication opportunities. Hence, it is not surprising that it is taking a while for public awareness to catch up with the science.

Another issue for communication is that the response of the climate system to warming includes intensifying the water cycle, leading, for example, to both more droughts and more floods. If the mechanisms by which this occurs – that is higher air temperature dry out soils, and a warmer atmosphere holds more moisture leading to heavier precipitation –  are not explained to non-scientists, the combination of both wetter and drier conditions can seem counter-intuitive.

Furthermore, the causes of specific extremes can be seen as politically charged in some countries where, unfortunately, climate change has become a partisan issue. For example, in the aftermath of an extreme event, such as fire or flood, some people may see it as insensitive and/or political to discuss human-induced causes of loss of life or property.

The need for better communication

It is important to better communicate the linkages between extreme events and climate change, as both over-attribution and under-attribution of specific extreme events could lead to poor adaptive decision-making. Being able to rapidly analyse the attribution of extreme weather and climate events and comment while an event is still in the media is a significant scientific and communication advance, which has the potential to reduce future vulnerability extremes.

These are some ways that scientists can more effectively and accurately communicate the role of climate change in influencing an extreme event, when interacting with the media following the event.

Changes in extreme weather and climate events are the primary way that most people experience climate change. Human-induced global warming has already increased the number and strength of some extreme events. The science in this arena is rapidly evolving. This makes it imperative that we accurately communicate the scientific linkages between extremes and climate change, so that people can make informed decisions about actions to limit the risks posed by these events.

As climate change progresses, and the science of event attribution evolves, people will continue to ask questions about – and the media will continue to report on – how we are influencing extreme weather and how extreme weather is affecting us. It is the responsibility of the climate and weather science and communication communities to keep up with the evolving science and to work diligently at communicating the latest and best science for the benefit of society.

A Rewarding Evening:
Rivers of Carbon Community Conversation about Stock and Waterways

On the 22nd of May at the Goulburn Club, we held our…