“For many of us, water simply flows from the tap, and we think little about it beyond this point of contact. We have lost a sense of respect for the wild river, for the complex workings of a wetland, for the intricate web of life that water supports.” 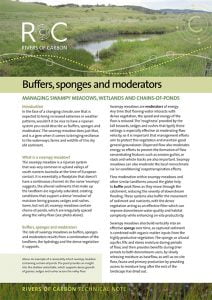 In the face of a changing climate, one that is expected to bring increased extremes in weather patterns, wouldn’t it be nice to have a riparian system you could describe as ‘buffers, sponges and moderators’. The swampy meadow does just that, and is a gem when it comes to bringing resilience to the waterways, farms and wildlife of this dry old continent.

What is a swampy meadow?

The swampy meadow is a riparian system that was very common in upland valleys of southeastern Australia at the time of European contact. It is essentially a floodplain that doesn’t have a continuous channel. As the name ‘swampy’ suggests, the alluvial sediments that make up the landform are regularly saturated, creating conditions that support a dense ‘meadow’ of moisture-loving grasses, sedges and rushes. Some, but not all, swampy meadows contain chains-of-ponds, which are irregularly spaced along the valley floor. 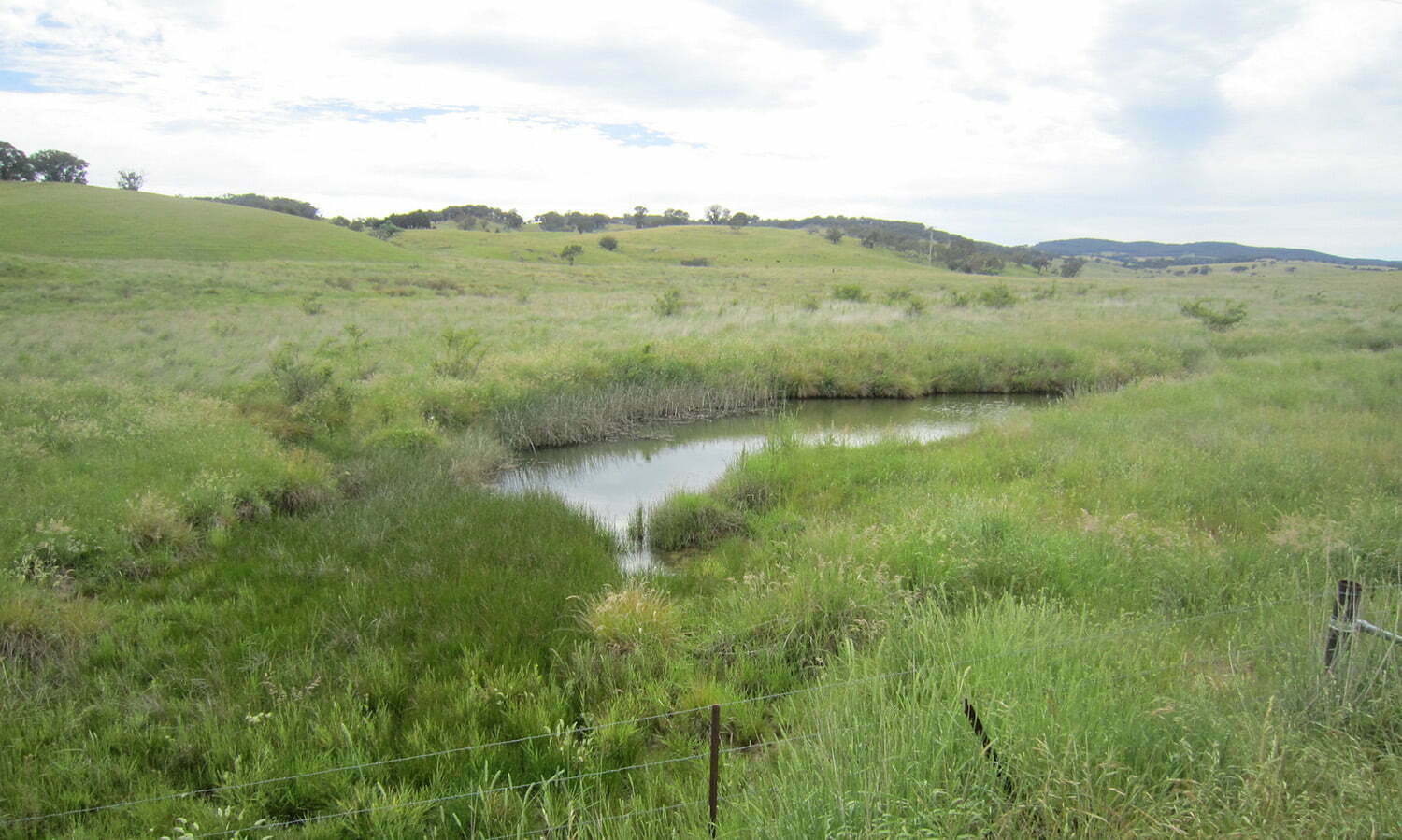 Figure 1: An example of a reasonably intact swampy meadow containing a chain-of-ponds. The pond provides an insight into the shallow watertable, which supports dense growth of grasses, sedges and rushes across the valley floor.

The role of swampy meadows as buffers, sponges and moderators results from a combination of the landform, the hydrology and the dense vegetation  it supports.

Swampy meadows are moderators of energy.  Any time that flowing water interacts with dense vegetation, the speed and energy of the flow is reduced. The ‘roughness’ provided by the tall tussocks, sedges and rushes that typify these settings is especially effective at moderating flow velocity, so it is important that management efforts aim to protect this vegetation and maintain good general groundcover. Dispersed flow also moderates energy, so efforts to prevent the formation of flow concentrating features such as erosion gullies, or stock and vehicle tracks are also important. Swampy meadows can also moderate the local microclimate via ‘air conditioning’ evapotranspiration effects.

Flow moderation within swampy meadows and other similar landforms around the globe help  to buffer peak flows as they move through the catchment, reducing the severity of downstream flooding. These systems also buffer the movement of sediment and nutrients, with the dense vegetation acting as an effective filter which can improve downstream water quality and habitat complexity while enhancing on-site productivity.

Swampy meadows also build vertically into an effective sponge over time, as captured sediment  is combined with organic matter inputs from the highly productive vegetation. The sponge, or alluvial aquifer, fills and stores moisture during periods  of flow, and then provides benefits during drier periods to both downstream users, by slowly releasing moisture as baseflow, as well as on-site flora, fauna and primary production by providing access to moisture long after the rest of the landscape has dried out.

Figure 2: A platypus enjoying a midday swim in one of the ponds set within a swampy meadow in the Orroral River, Namadgi National Park.

While swampy meadows and chains-of-ponds were quite common at the time of European contact, there are relatively few intact systems still remaining. The vast majority have had deep erosion gullies cut through, with much of the damage occurring over a century ago, often within a few decades of colonisation. The images and descriptions in the slides below outline the degradation process in cross section view. 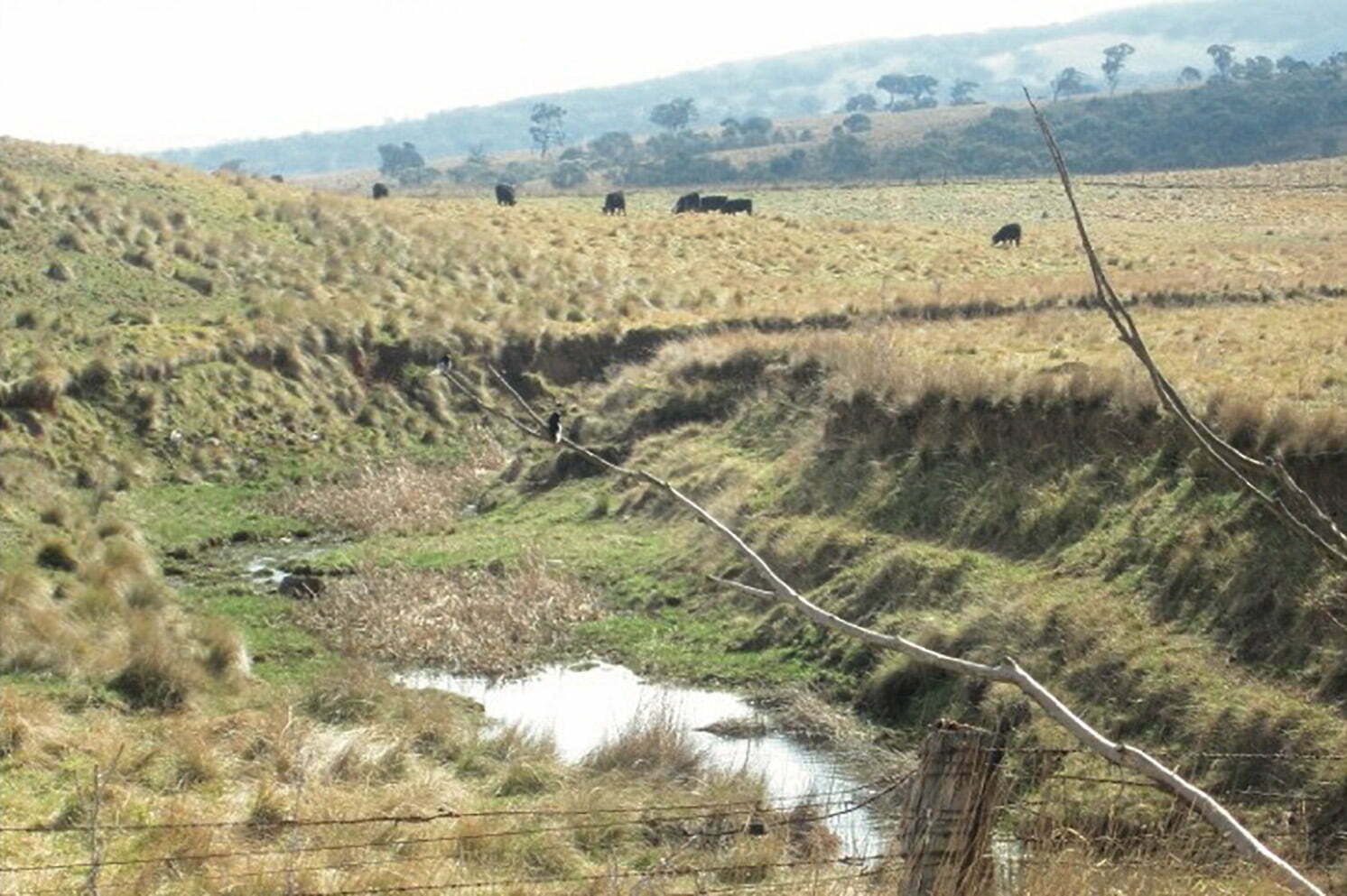 Figure 9: What we see here is an example of gullies that dominate former swampy meadow settings to this day. While they may be well stabilised, there is minimal interaction between the channel and floodplain or alluvial aquifer.

What effect has this had?

The incision of channels within swampy meadows has removed the majority of the buffering, sponge and moderating functions mentioned above. Streams have a more intermittent flow regime, with high energy flow concentrated within the channel during runoff events, while low flows don’t last as long afterwards. Little moisture is stored within the alluvial aquifer, so plants and animals no longer have access to consistent groundwater and soil moisture and are instead reliant on our erratic rainfall patterns.

While few targeted ecological studies have been completed, Hazell et al. (2003)found that the channelisation and drainage of these systems is likely to have had negative impacts on a number of frog species. It is reasonable to presume that the near complete removal of such a vast network of moist landforms within our generally dry landscape has had a range of other ecological consequences.

Yuin elder Uncle Max Dulumunmun Harrison points to the cultural significance of swampy meadows to his people, with the ‘Gadu Dreaming’ of the Yuin tribe beginning in the headwaters of the Shoalhaven River (Harrison & McConchie, 2009), and some large swampy meadows acting as important regional meeting places due to the abundance of tucker.

How can we manage the remnants?

One of the most important management actions to preserve intact swampy meadows and chains-of-ponds is fencing to control stock access. While these settings can provide valuable green feed to landholders during dry times, it is important that the timing of access is based on soil moisture. During wet periods, soils on the valley floor are more prone to damage via compaction, pugging and track formation. It pays to keep stock out during wetter periods, which generally coincides with decent feed being available elsewhere.

Once the rest of the land has hayed off, that is when the green feed that persists within swampy meadows can provide the most value, with soil moisture having dried off somewhat. Targeted use during drier periods can also help to reduce the negative impacts of liver fluke that can be commonly associated with swampy sites.

Another continuing threat to intact swampy meadows is channel formation which occurs as a result of headwall erosion migrating from downstream. Advice can be sought from local catchment management authorities on appropriate avenues for assistance in armouring and halting the active erosion face. 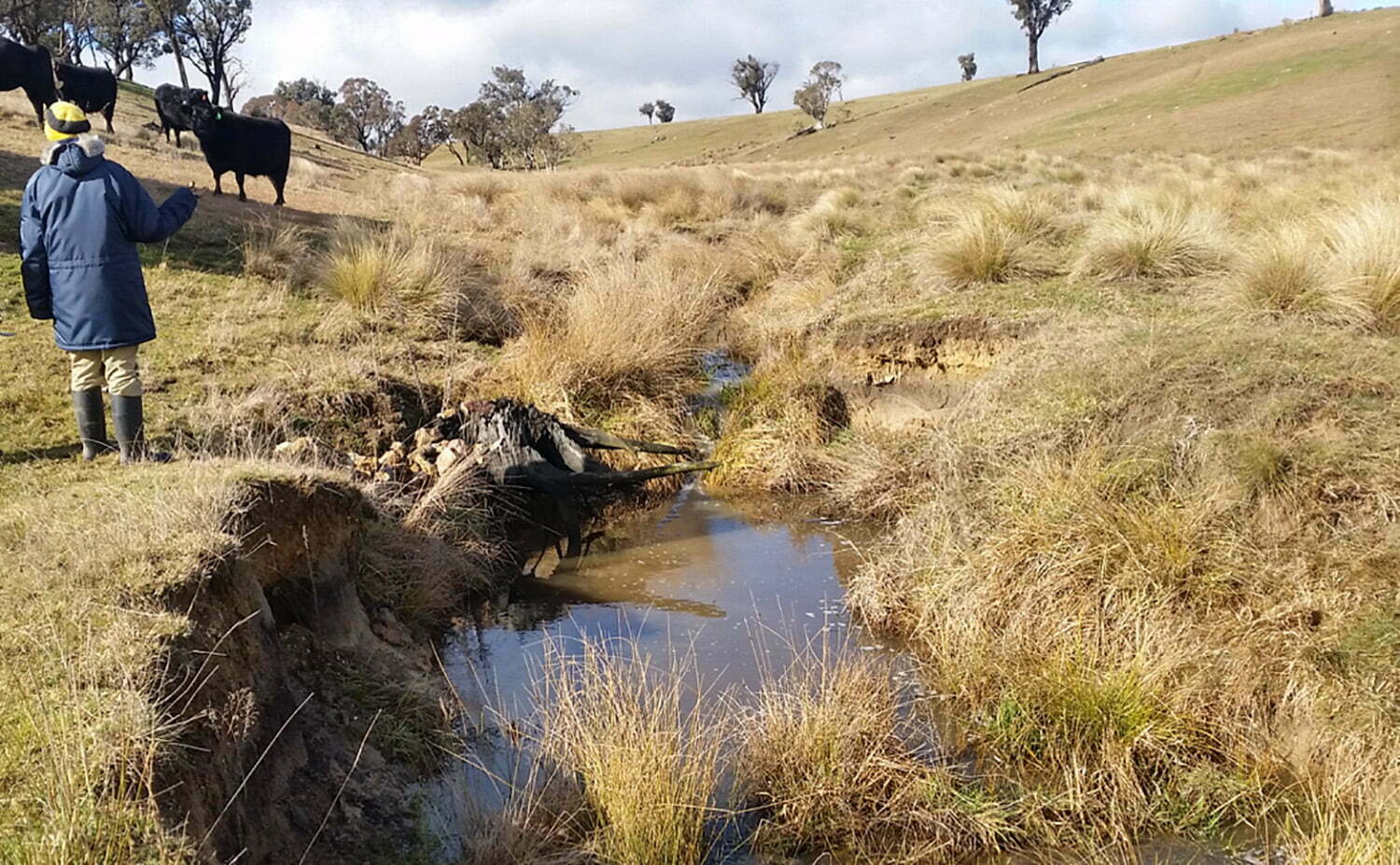 Figure 10: Looking upstream towards an intact swampy meadow, the headwall erosion in the foreground threatens to migrate upstream, forming a channel that will channelise and drain the system.

Can we fix them? 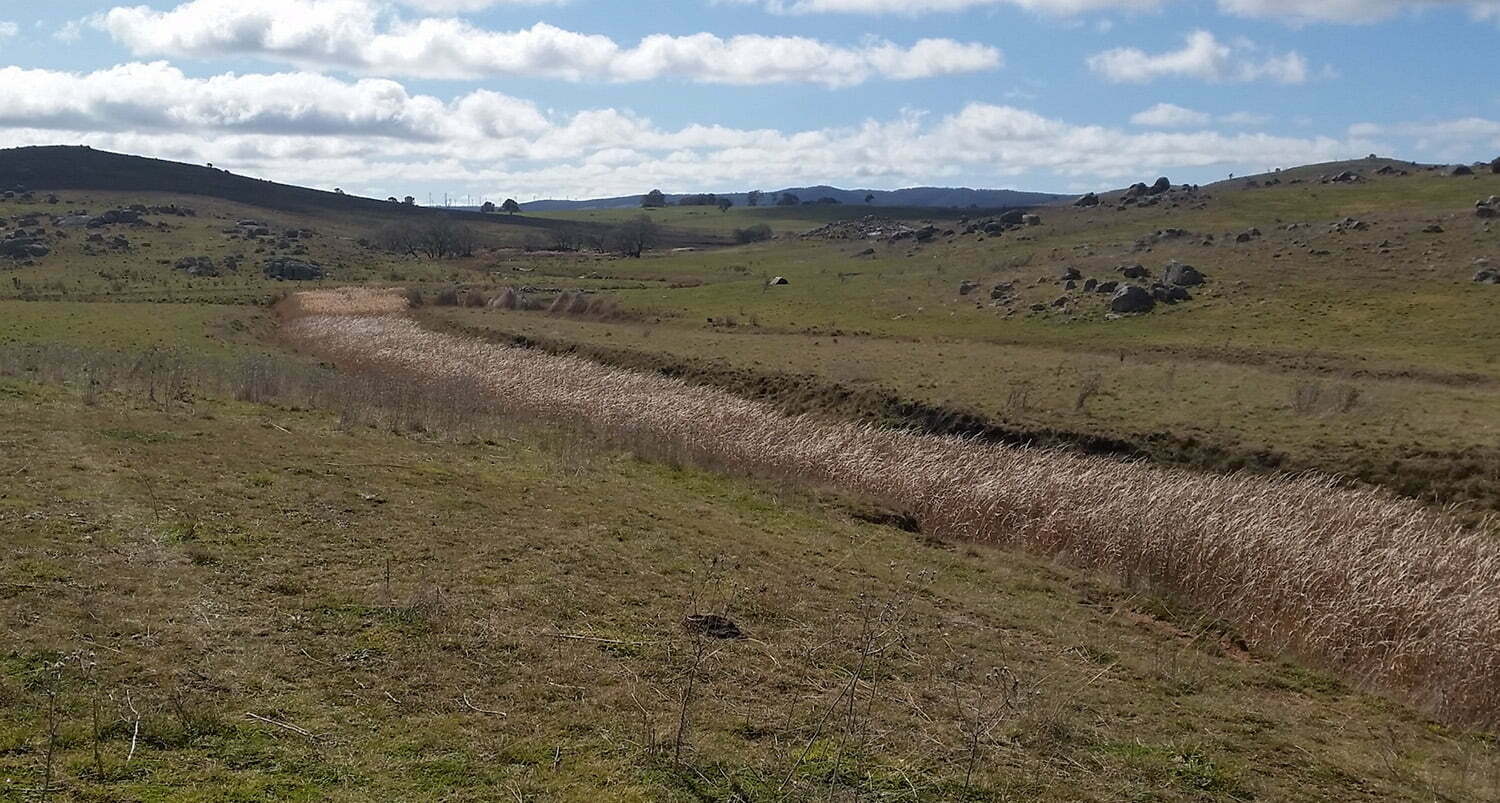 Figure 11: An in-stream wetland of dense Typha has established within an incised channel in a former swampy meadow. The reeds are able to capture and bind sediment, slowly raising the floor of the channel over time.

The channels within many incised swampy meadows have now stabilised and commenced a natural infilling process. In-stream wetlands are characterised by the establishment of extensive stands of macrophytes (reeds) such as Typha and Phragmites, which are able to trap and bind even fine sediment, raising the channel floor over time. Fencing and stock management to protect vegetation can help to facilitate this process.

While the in-stream wetlands described above will cause the system to eventually aggrade (infill), this could take centuries or even millennia depending on the rate of sediment movement within the catchment.

There are some instances in which we may be able to speed up the repair process and reinstate a range of the positive functions carried out by intact swampy meadows and chains of ponds. By understanding the historical surface and groundwater pathways within these settings, strategic interventions may be utilised to reinstate some of these processes. There can be considerable risks and regulatory requirements associated with attempting such work, so professional advice should be sought. 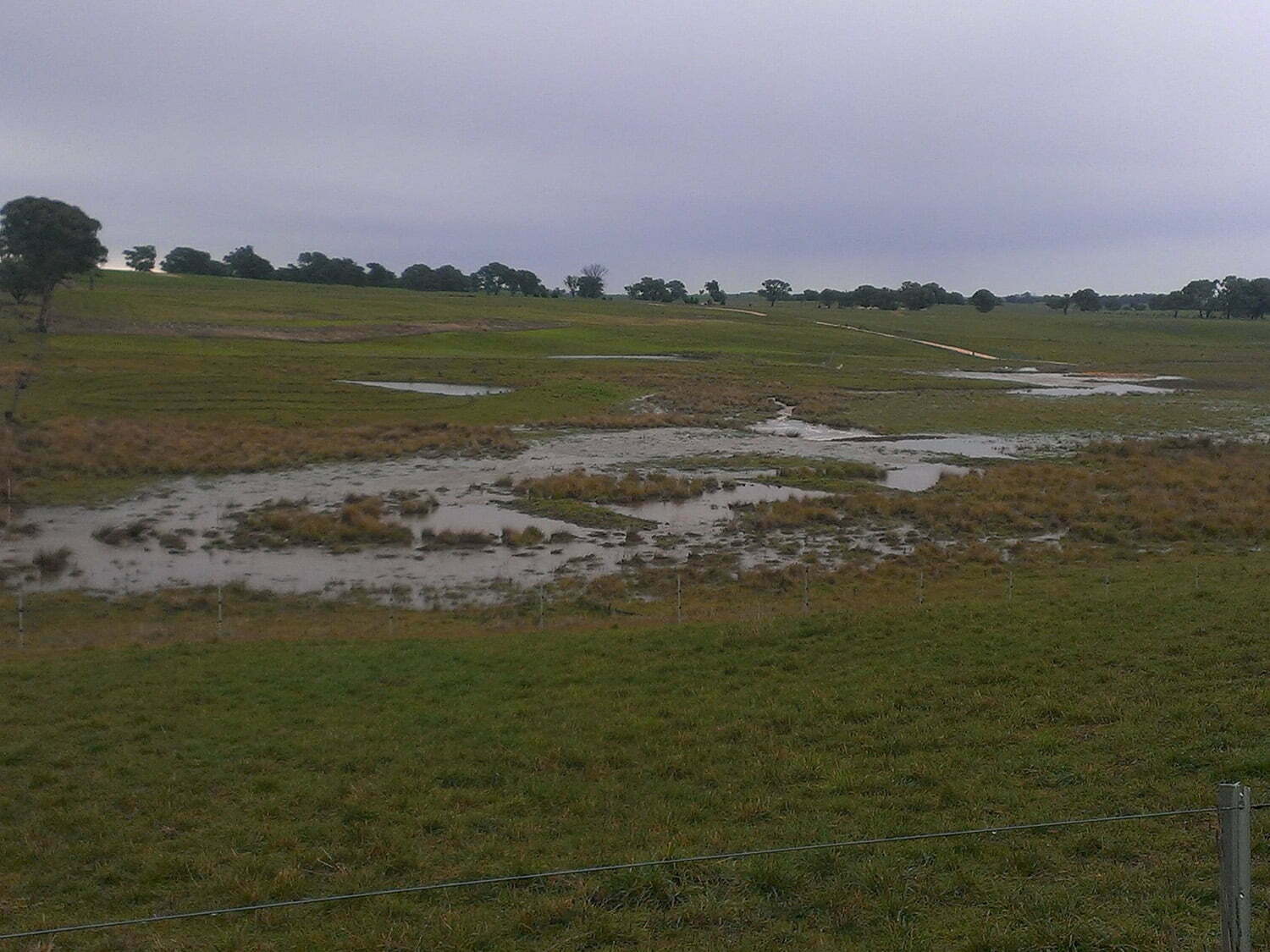 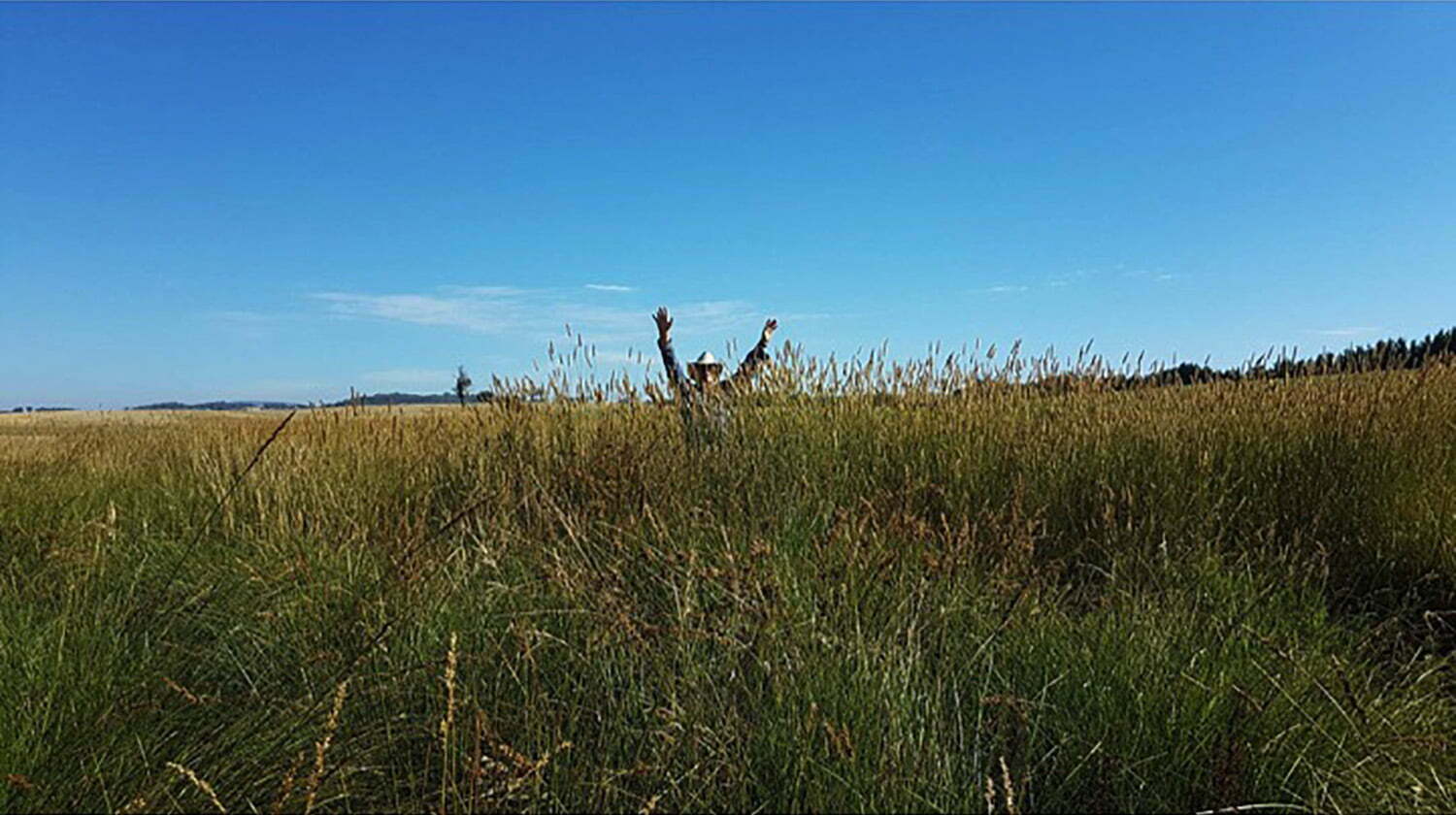 Figure 13: Recharge of the sponge as a result of the works on Cadfor has resulted in considerable primary production on the valley floor. Photo H. Warren. 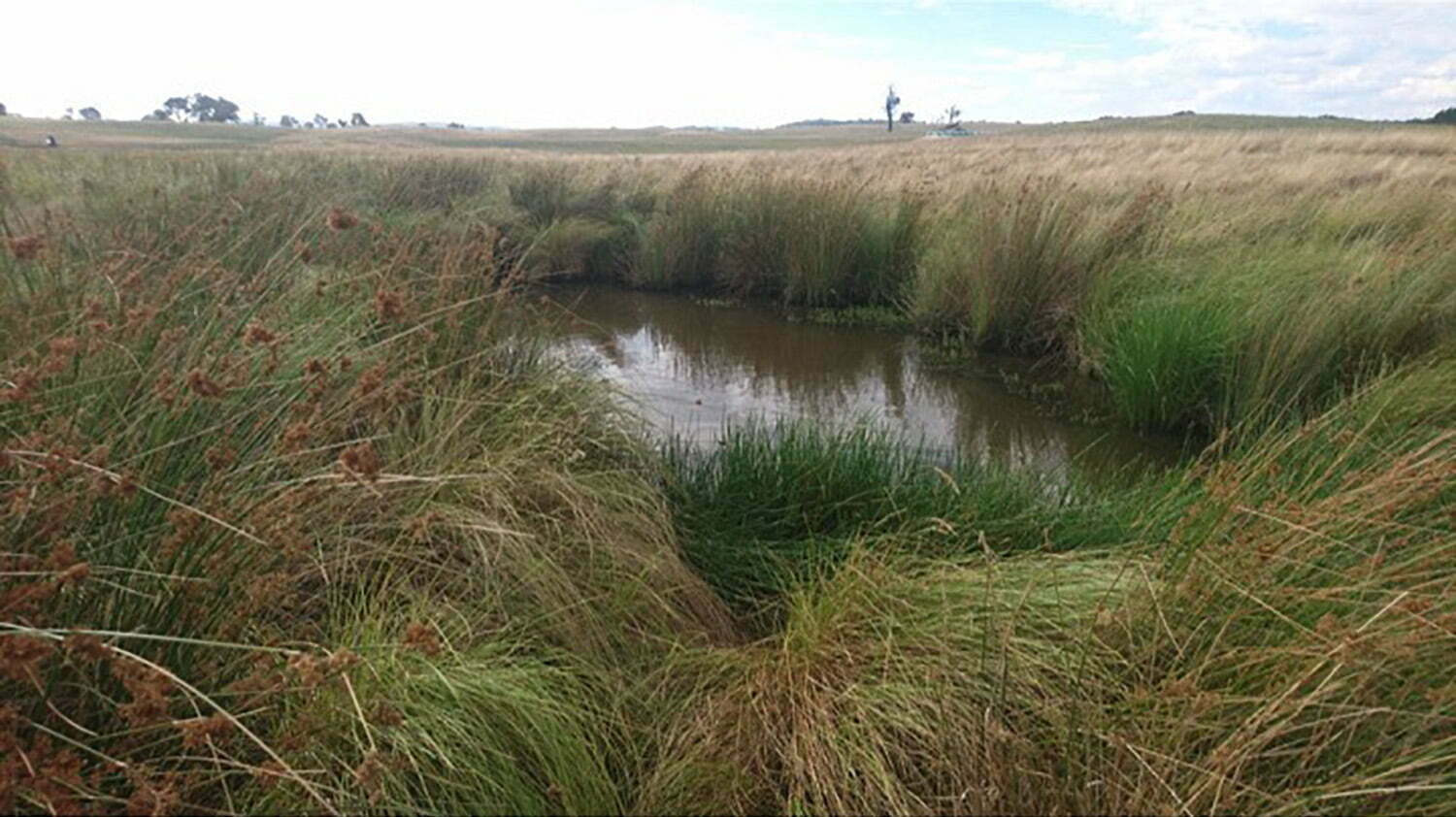 Figure 14: A pond on the margins of the valley floor on Cadfor, which has been predominantly dry for decades, has sprung back to life as a result of the works, re-establishing ecological niches that were once common at the time of European contact.

The good news is that there is funding available in the Southern Tablelands of New South Wales for protecting and restoring these precious environments. Our funding works on a cost share basis where the landholder puts in their time, and sometimes cash, to match our contribution for advice, support, fencing, plants and off-stream watering.