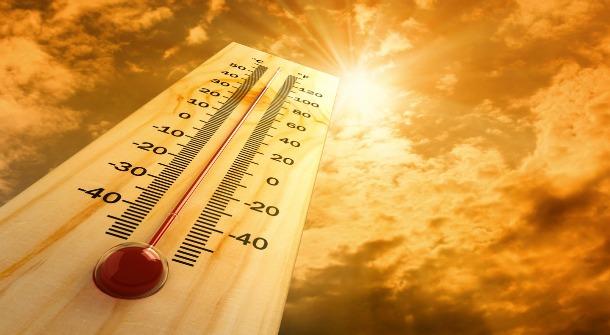 The CSIRO’s Ecos Newsletter had this interesting article written by Virginia Tressider to share….

“One weather event is not climate change,” is the explanation commonly heard following an extreme weather event. This helps put the event in context since climate and weather are not the same thing. Usually we view climate change as long-term trends in weather data over a few decades and studies examining climate changes and their causes (known as detection and attribution) typically look at these trends.

However, there is strong interest in understanding the changing odds of extreme weather events as the underlying climate system changes. A relatively new field – single event attribution – tackles this question, putting a particular recent event in a longer-term context and identifying any change in the odds of the event occurring.

This year the annual Explaining Extreme Events of 2014 from a Climate Perspective report of the Bulletin of the American Meteorological Society (BAMS) includes five Australian papers focusing on the events that took place in Australia’s climate in 2014. Three of them are from the ARC Centre of Excellence for Climate System Science (ARCCSS), one from CSIRO and one from the Australian Bureau of Meteorology.

They look at the record-breaking heatwave in Adelaide in January, the sweltering Melbourne heat in January that caused players in the Australian Open tennis to hallucinate in 41°C conditions, a 19-day heatwave in May, an unusual stalled weather pattern that contributed to dry conditions and severe frosts in south-eastern Australia in August, the hottest spring on record, and the severe hot weather in Brisbane during the mid-November G20 World Leaders Forum.

The first blast of heat came with Adelaide’s five-day succession of temperatures over 42°C. On the hottest day, January 16, with temperatures hitting 44.2°C, Adelaide was the hottest city on Earth. Research by Mitchell Black, David Karoly and Andrew King found that climate change has increased the likelihood of a similar Adelaide heatwave by a best estimate of 186 per cent.

Several commentators remarked on the G20 summit held in Brisbane in November, that climate change was an unofficial delegate at the event. Guests were greeted with an oppressive 34°C on the first day, and nearly 39°C the next.The same team also looked at the near-contemporaneous heatwave in Melbourne. In this case the evidence is not sufficient to state unequivocally that the extreme weather was attributable to climate change (there is a ten per cent likelihood it was caused entirely by natural processes), but the same is not so for the other events.

Heatwaves, however, are not restricted to summer. The extended, nationwide, cool-season heatwave between 8 May and 26 May in Australia was more comfortable, but no less worrying. Sarah Perkins-Kirkpatrick from the ARCCSS looked at this event in detail and concluded that climate change has increased the risk of similar Australian heatwaves during late autumn as much as 23-fold. The implications of recurring extended periods of raised temperatures include stress for indigenous species and agriculture.

Severe frosts also have harmful effects for native vegetation and food crops. While frost is not an intuitively obvious sign of a warming climate, the stalled high pressure system that caused unusually clear night skies in southeastern Australia in August 2014 is yet another signal of a changing climate.

CSIRO’s Michael Grose explains that strong mean surface level pressure in August 2014 brought clear skies at night which were associated with severe frosts in southeast Australia. Snow fell to 200 metres in parts of Tasmania on 10–11 August, ahead of a particularly strong high, with lower than average monthly rainfall in some regions of southern Australia. In the Great Australian Bight west of Tasmania, pressure readings were the highest recorded since 1850. Later in the month record readings from the south Tasman followed.

Previous work has shown the influence of climate change on increasing the high pressure belt south of Australia in general, but this is the first study looking at the odds of a single strong event. Warmer temperatures are not the only result of climate change: it is also changing the atmospheric circulation of the world, with flow-on effects to our weather.

Michael and his team harnessed the power of citizen science to analyse this data and model the possible outcomes. They used the weather@home distributed computing system, borrowing a small portion of the power of many home computers to crunch the data. Anyone with a home computer and internet connection can be involved in this vital research.

Looking at a season scale

As well as events lasting a few days or a month, these studies can also tackle extremes of a season or a year. Pandora Hope and her team from the Australian Bureau of Meteorology looked at the Australia-wide record-breaking spring of 2014.

The Bureau of Meteorology team found that climate change likely played an important role in that record setting season, particularly as a result of extremely warm ocean temperatures.

Record-breaking could be a new normal

The record for October lasted only 12 months, with October 2015 temperatures eclipsing it. National Oceanic and Atmospheric Administration (NOAA) have reported, “the first 10 months of 2015 comprised the warmest such period on record across the world’s land and ocean surfaces, at 0.86°C above the 20th century average, surpassing the previous record of 2014 by 0.12°C”.

The World Meteorological Organization (WMO) also puts the recent climate into a wider context, announcing that global average surface temperatures in the last five years have been the warmest on record. It makes the link to many extreme weather events – particularly heatwaves – being influenced by climate change.

The report goes on to show the global average temperature is on track to reach the symbolic and significant milestone of 1° Celsius above the pre-industrial era. The WMO indicates this is due to a combination of a strong El Niño and climate change.

Professor David Karoly, who collaborated on three of the BAMS studies, emphasises that record-breaking temperatures could be the new normal.

“Together these five papers looking at extreme events in 2014 show just how much global warming has become a part of today’s climate.”

“We have just experienced Australia’s hottest October on record and globally 2015 looks likely to smash the hottest year on record yet again. These expected and obvious signals of climate change confirm as we come to the Paris Climate Meeting that global warming is already with us.”

This article is reproduced from the CSIRO Ecos Newsletter, December 2015.