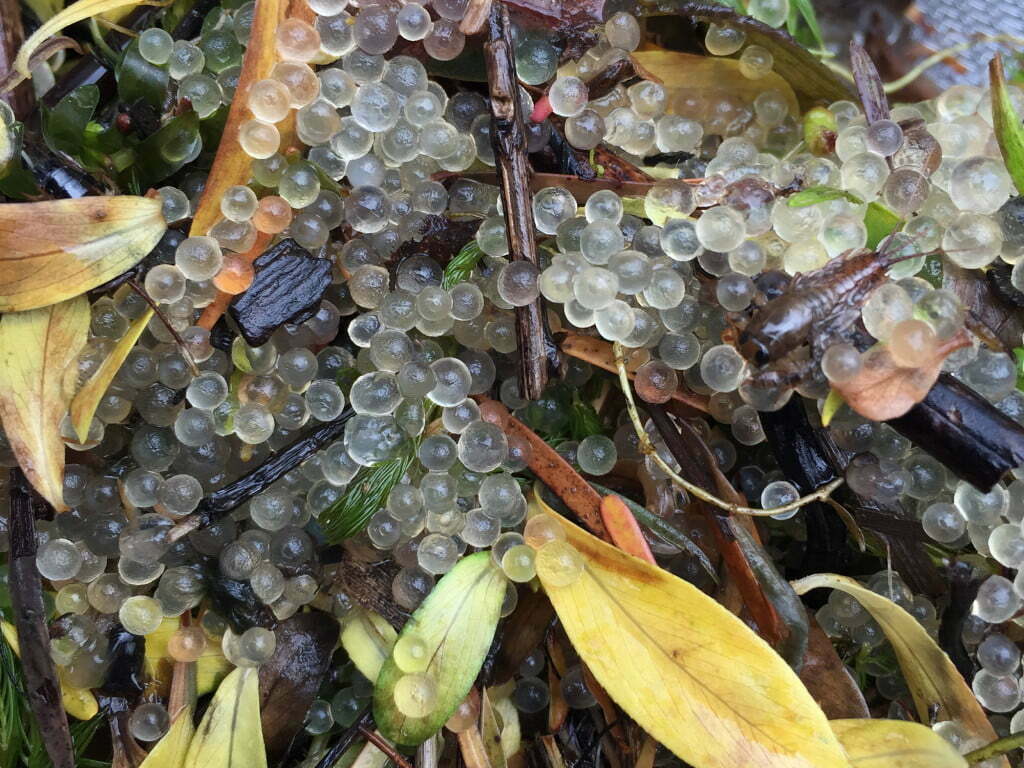 We are so fortunate to have high calibre researchers like Prue McGuffie working along our River of Carbon – Upper Bidgee River reach. Prue is a Macquarie Perch specialist, and over the last few months has been paddling up and down the Upper Murrumbidgee to gain a greater understanding about this special fish.

Prue’s work is important, as there is a lack of fundamental knowledge about Macquarie perch habitat requirements, the fish’s recruitment biology, and how environmental variable such as flow and temperature impact on population processes. Her work aims to identify important habitat and flow requirements for the Macca’s successful spawning and recruitment – information that is critical for guiding Macquarie perch recovery planning and management. The following map and set of photos takes you through Prue’s life out on the river over the past few months. 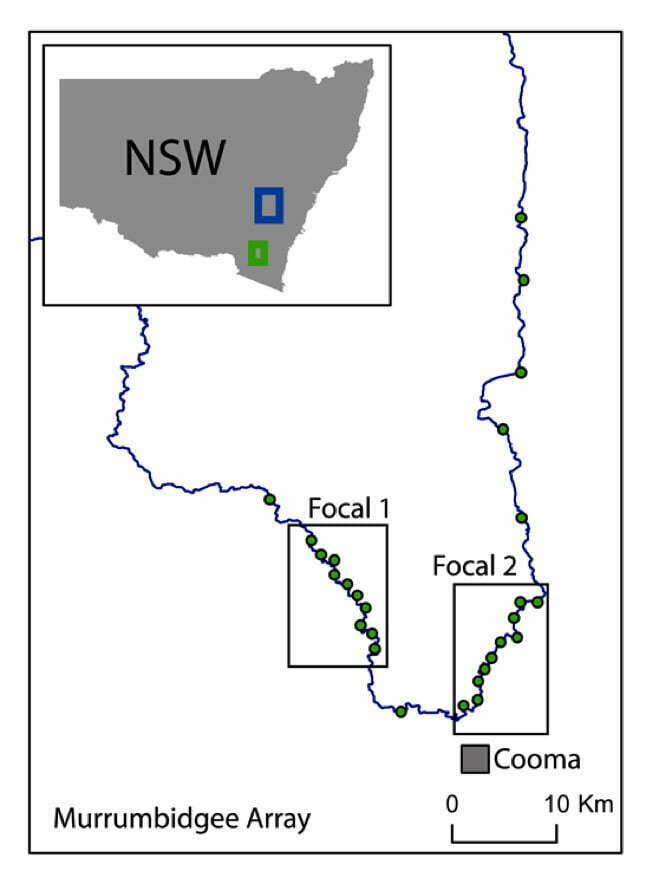 The 100km study reach for this project is on the Upper Murrumbidgee River, 30km above Cooma to Michelago.

Acoustic transmitters were placed inside some adult Macquarie perch and telemetry was then used to successfully locate spawning areas within the study reaches on the Upper Murrumbidgee River. Adults were tracked to an area within the Cooma gorge during the spawning season. 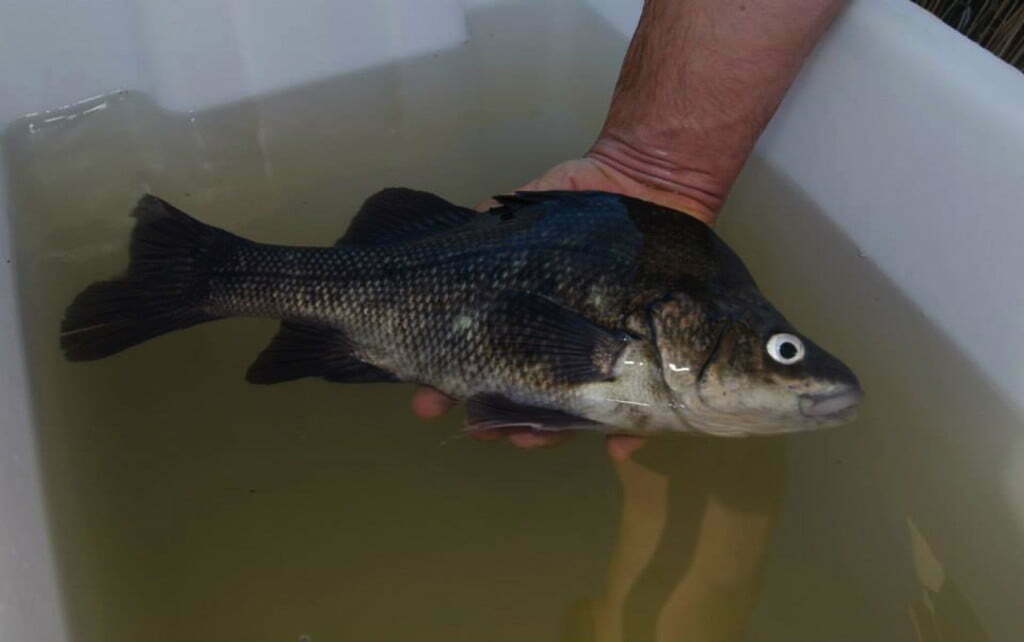 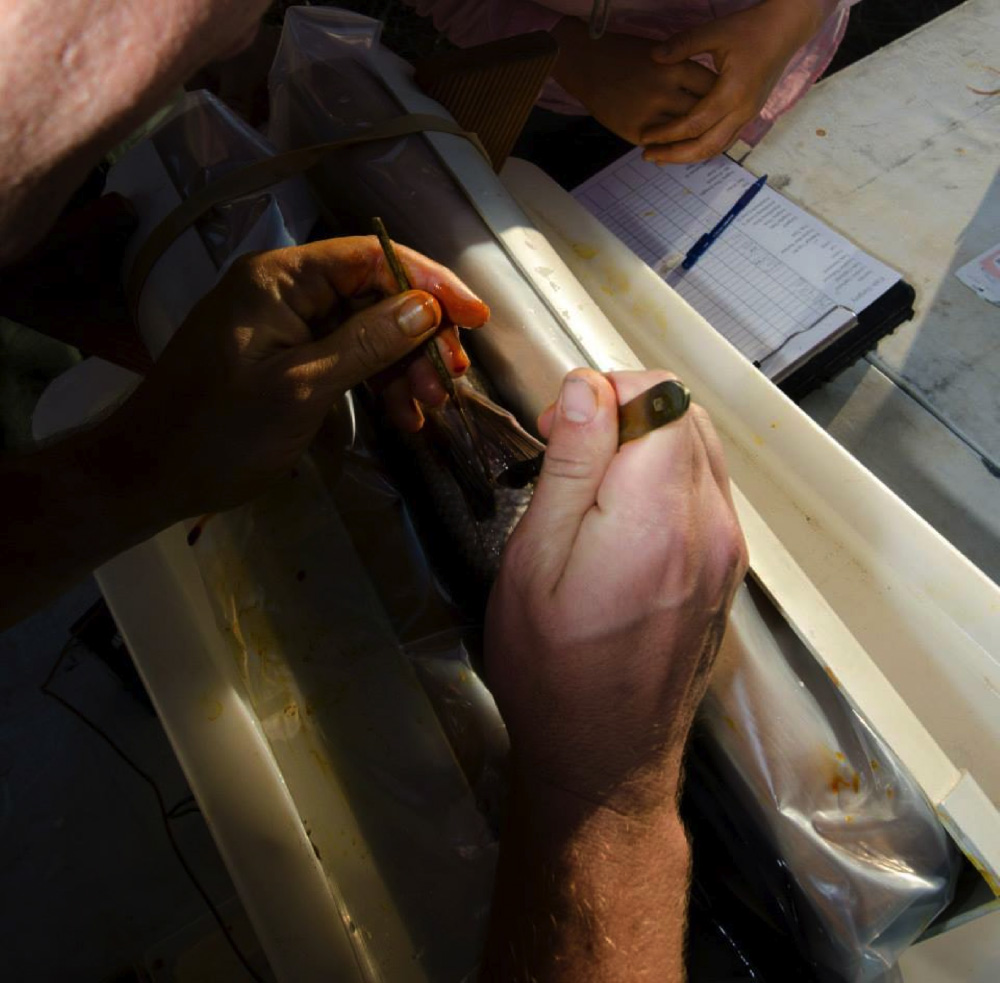 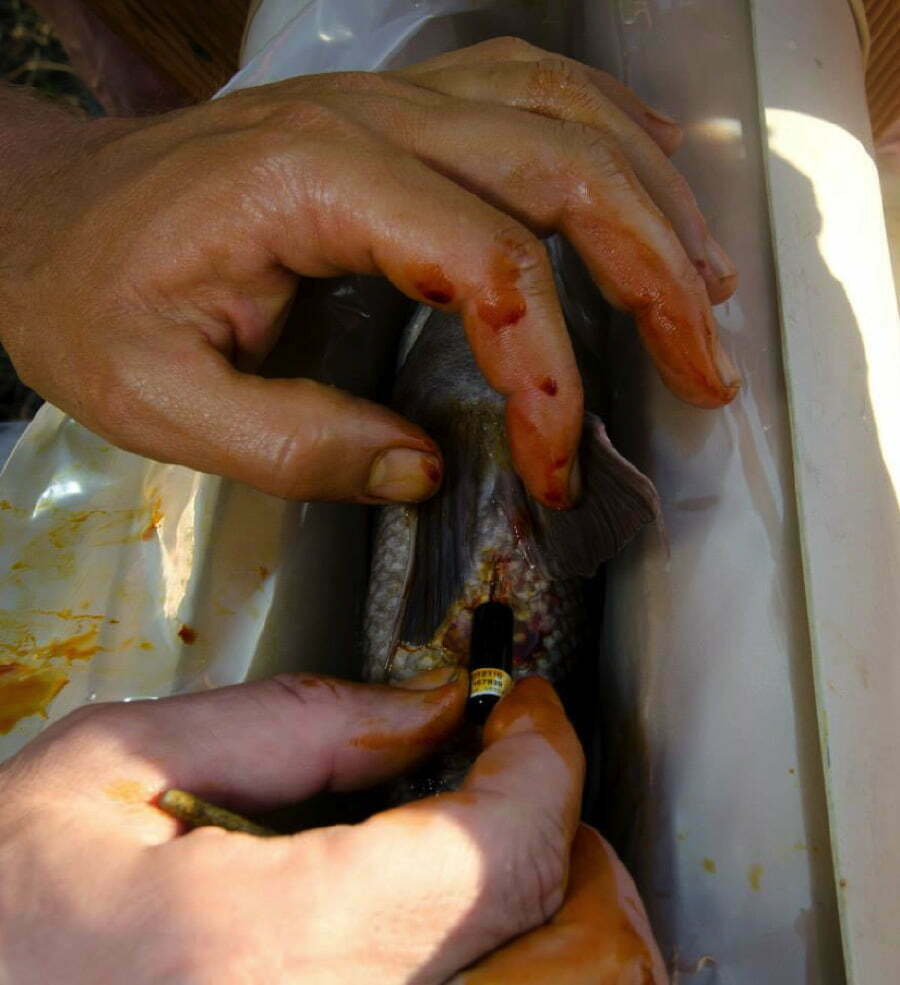 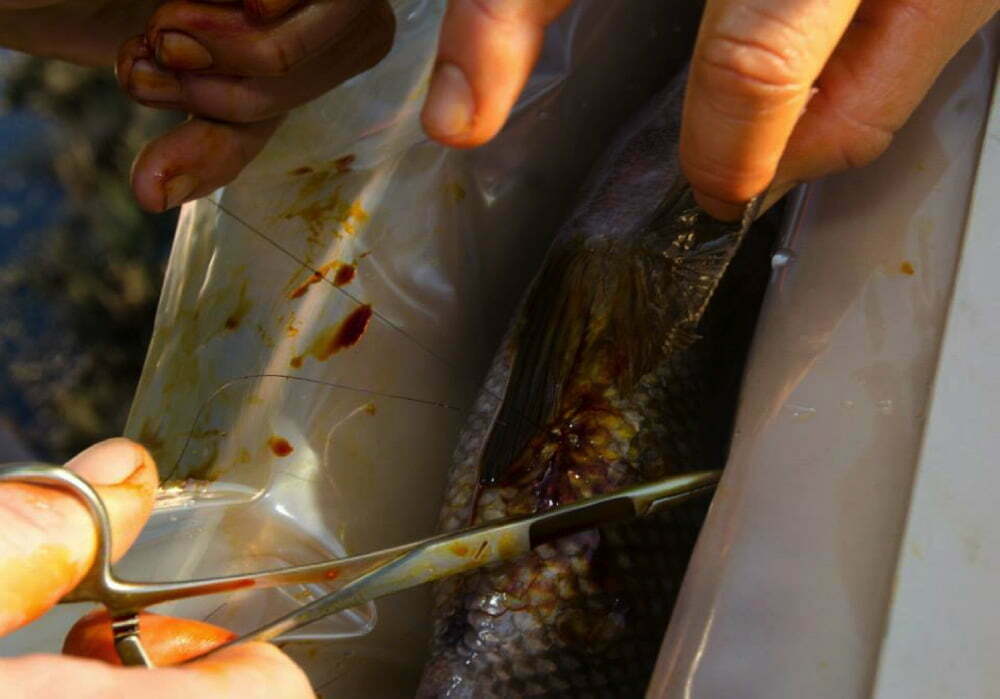 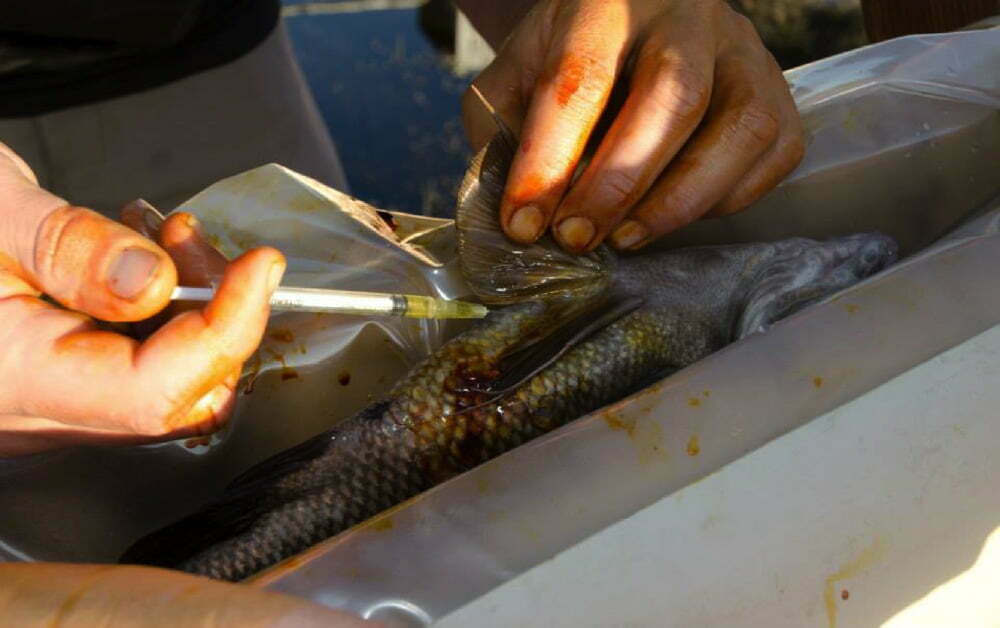 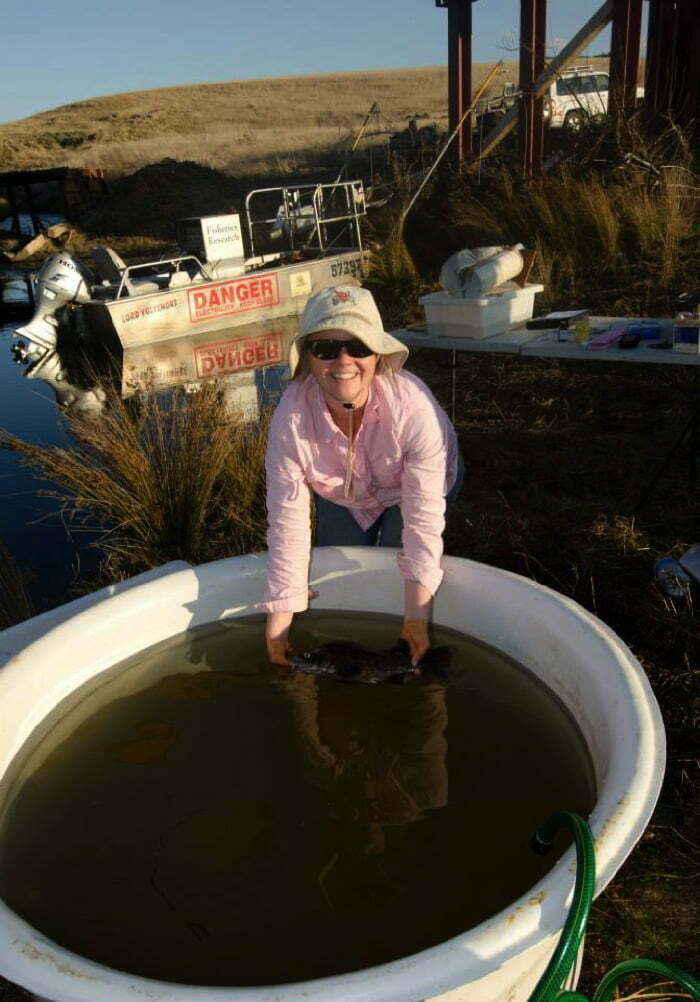 The wound was sutured or stitched together.
Fish received a dose of antibiotics.
Patients were recovered in a large tub with flow through until they gained equilibrium and swimming ability. 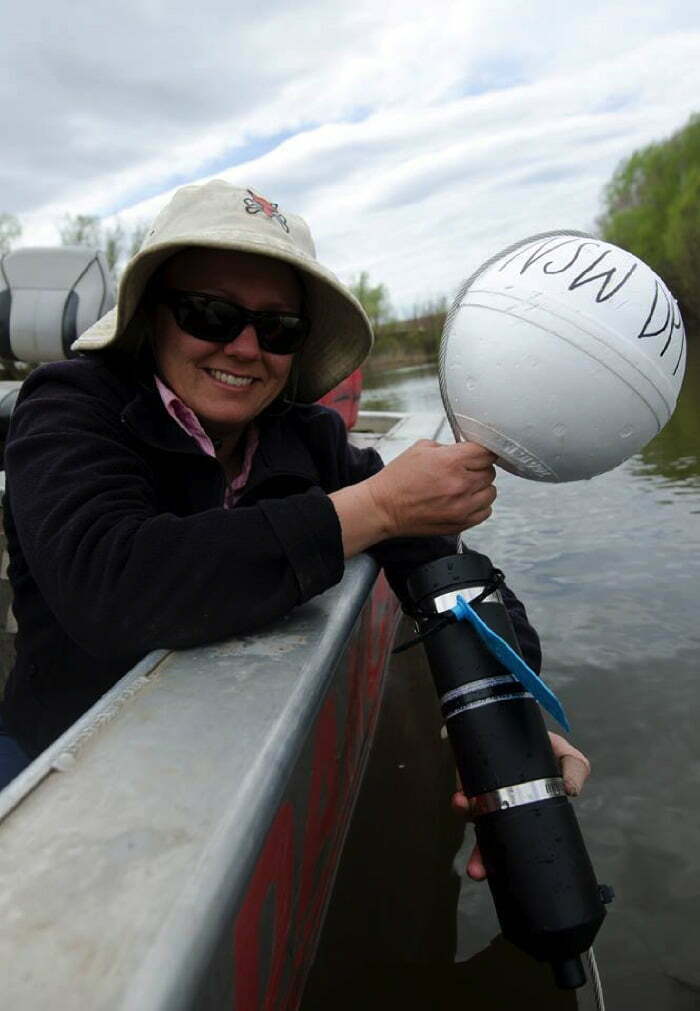 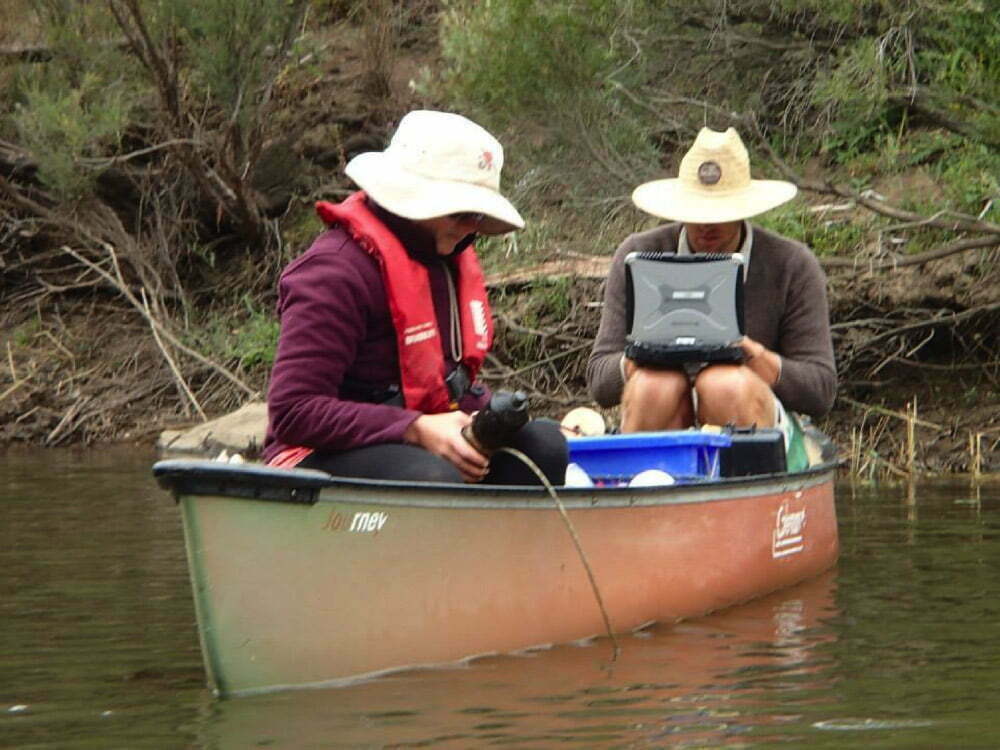 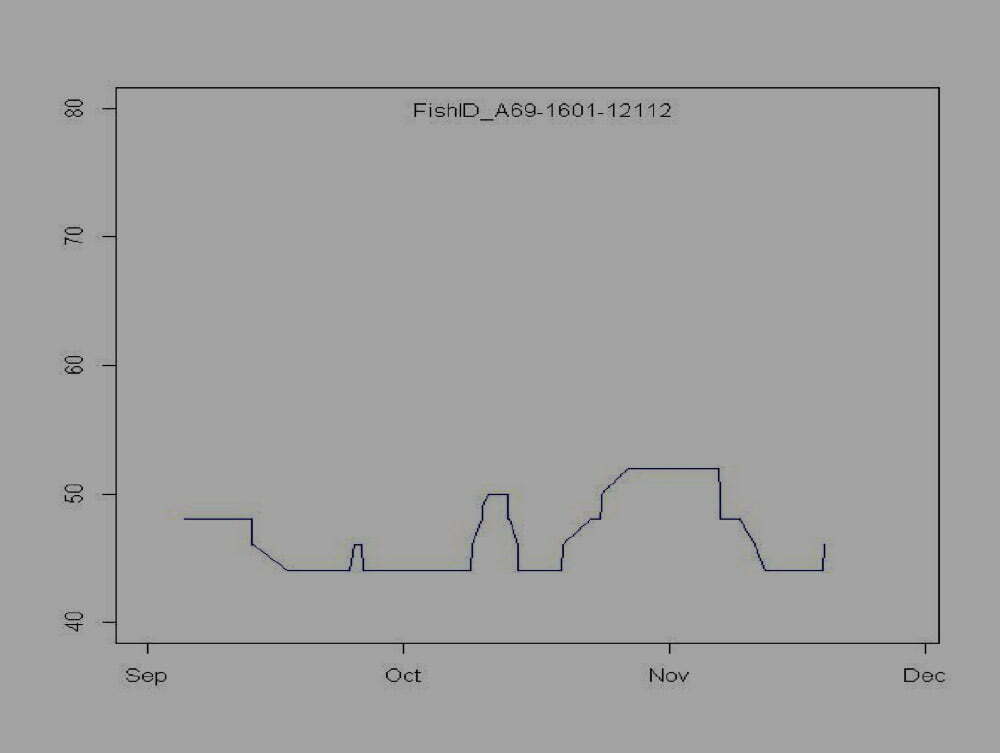 This season, spawning riffles were validated using fyke nets set below riffles in a four kilometre section of the river. Eight riffles were monitored from the 20th of October to the 27th of November 2015. Of the riffles that were sampled, three were used by Macquarie perch for spawning. 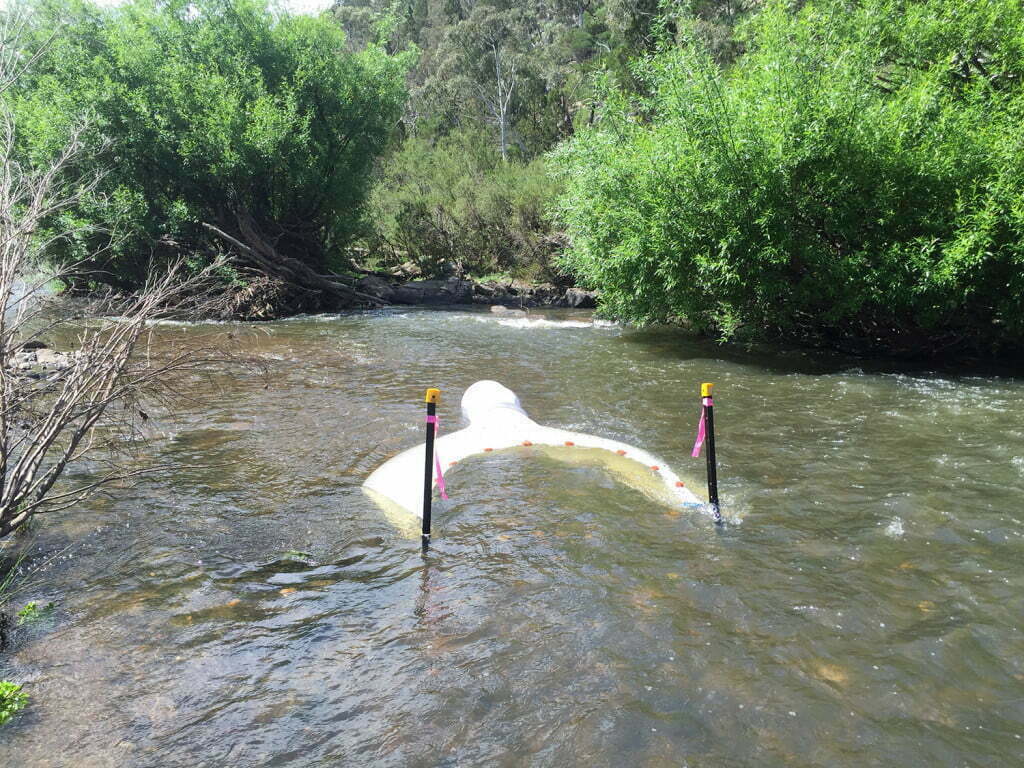 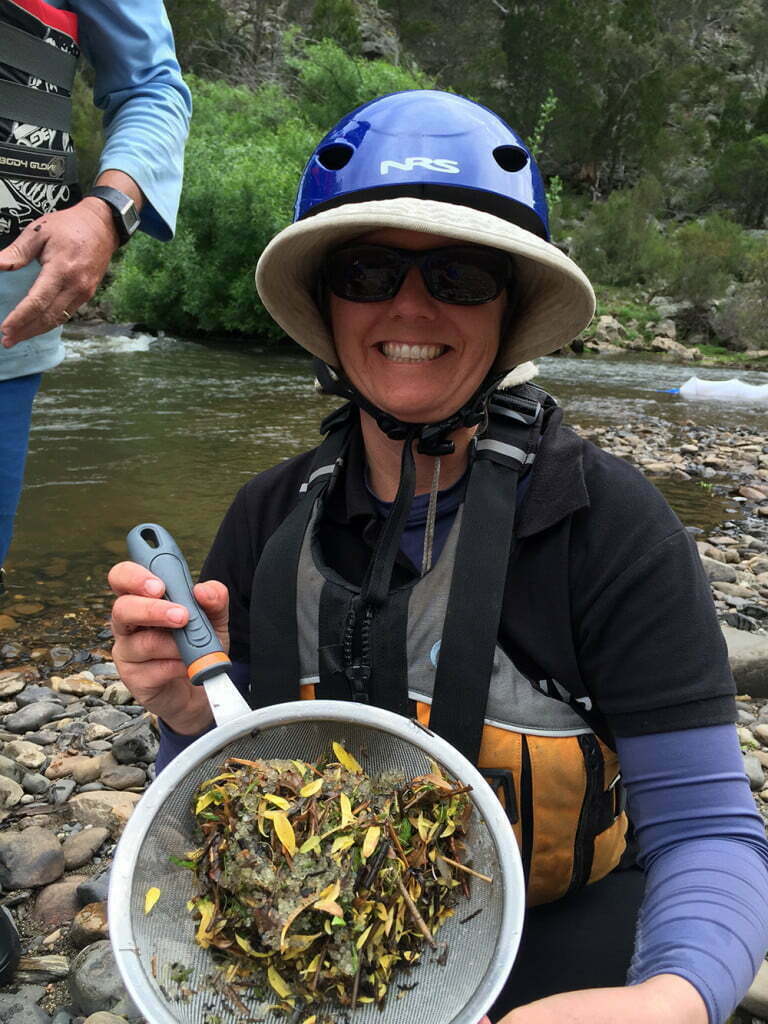 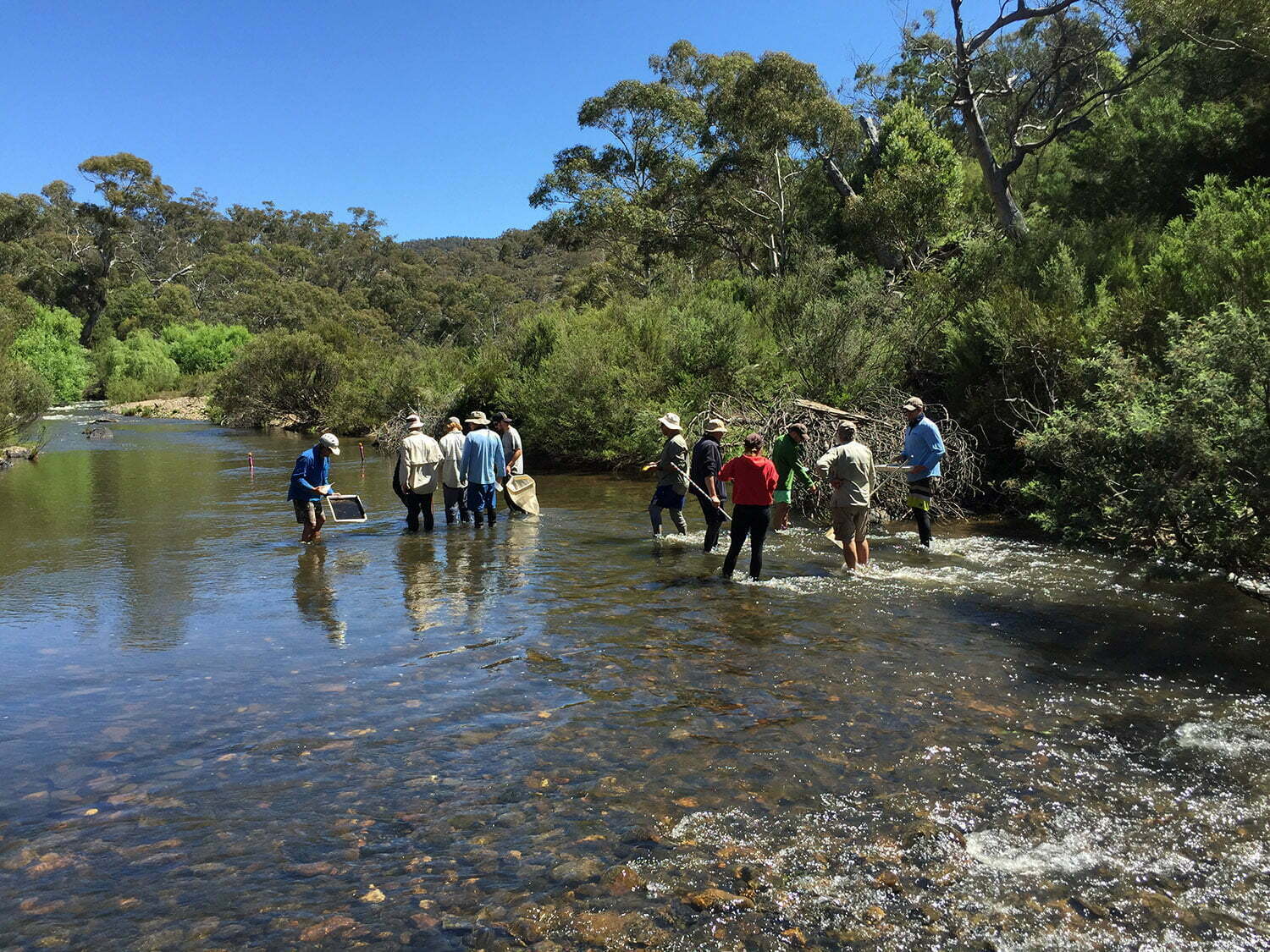 During the first sampling event a school of fifty adults were observed on one of the spawning riffles performing courtship behaviour. This was taking place in pool of slow water within the riffle, before pairs were seen moving into the faster shallows and spawning was observed. For all sampling events, the highest egg count was recorded after this event. Variables such as egg densities, flow, water quality and rock size were looked at within two of the three spawning riffles. 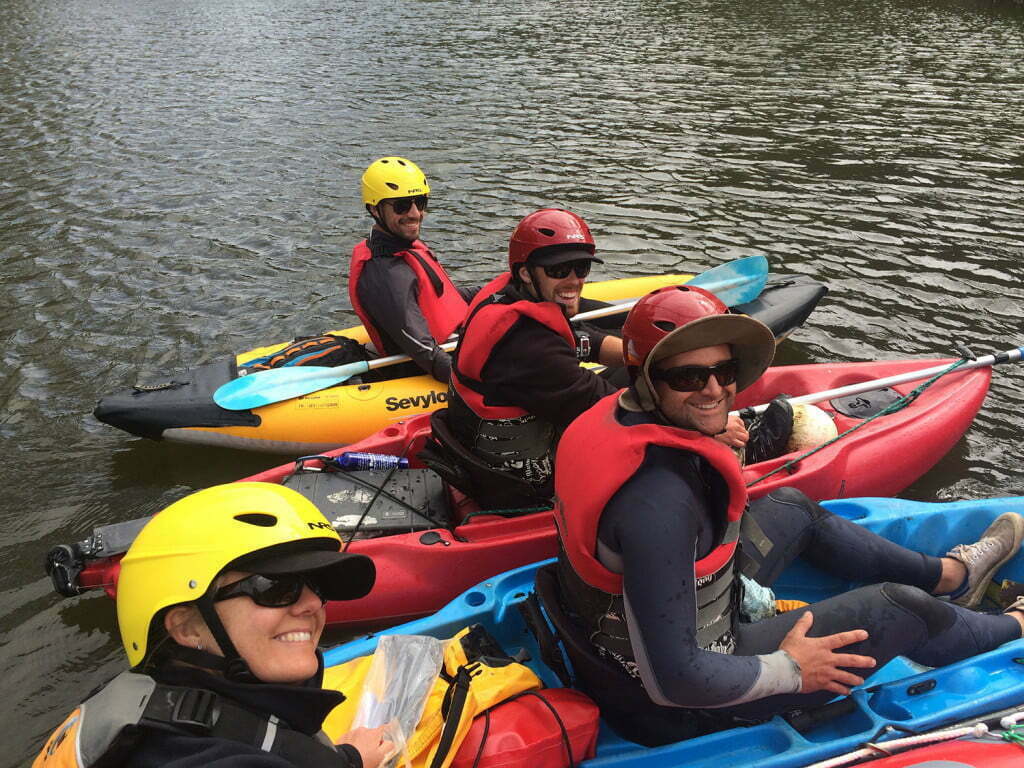 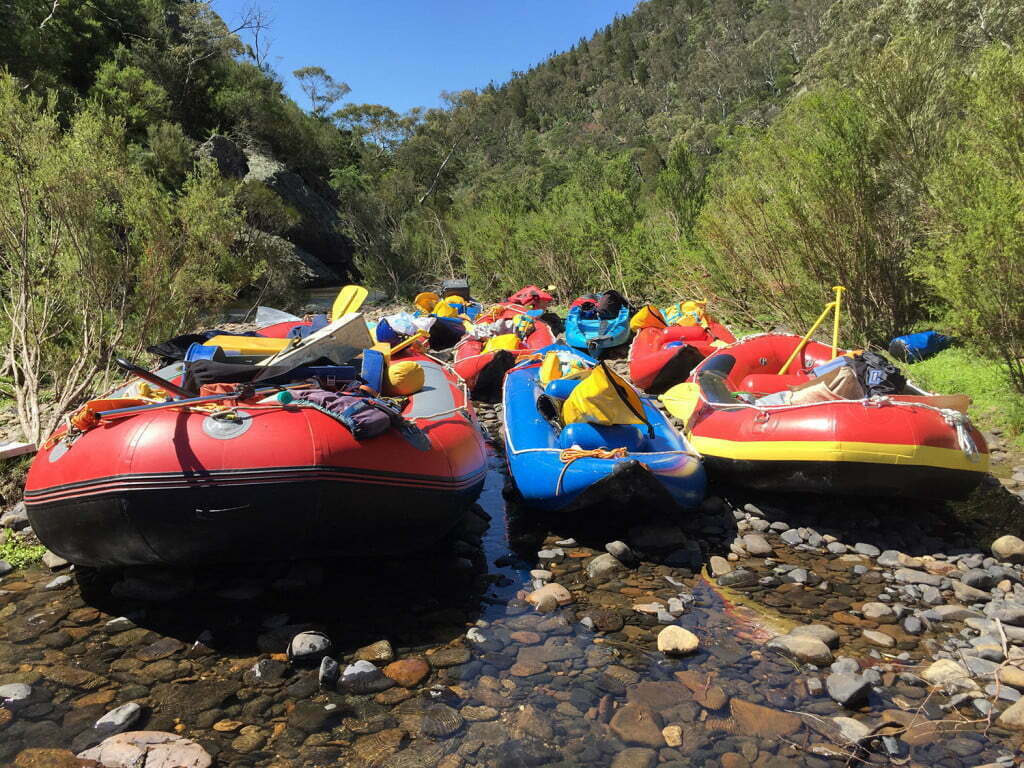 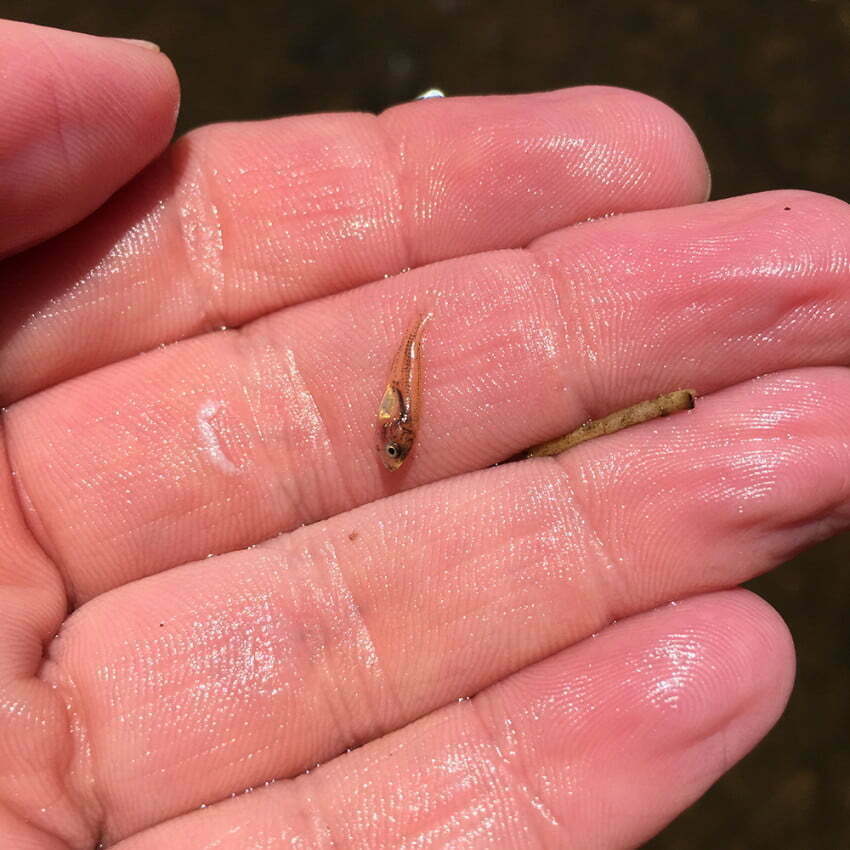 Young of year Macquarie perch were caught in fyke nets towards the end of sampling.

Analysis is currently underway and Prue has an excellent Facebook page ‘Macquarie Perch: Life on the edge of extinction’ that you can follow, and we will keep you up to date through our Rivers of Carbon updates.