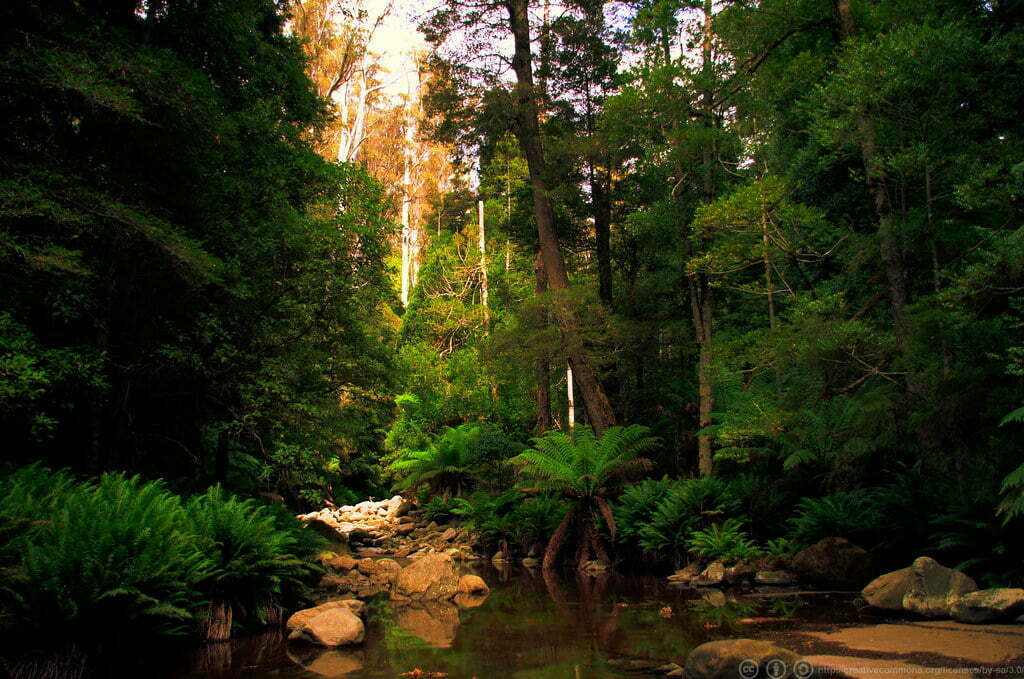 The remaining woodland in the Midlands of Tasmania is highly fragmented. Less than 10% still stands in some regions, so suitable populations for seed collection are not easy to find and may be inbred.  Further, the climate is changing.  The seasons are warmer, annual rainfall is declining and now there is a distinct autumn dry period that didn’t exist historically. Soils we are planting into are often hostile for native species as a result of 200 years of cultivation, compaction by livestock and nutrient enrichment. Regenerating plants face also intense competition from aggressive pasture grasses and weeds that are well adapted to the new nutrient rich conditions.  These conditions mean the suitability of local native provenance seed for restoration in the Midlands is uncertain.

Professor Brad Potts and his research team at the University of Tasmania are conducting long-term studies looking at the question “is local provenance best?” funded by a $500,000 ARC-Linkage project, conducted in partnership with Greening Australia.  To test this proposition two eucalypt species Eucalyptus pauciflora and Eucalyptus ovata have been exhaustively sampled for seed.  Ten trees from over 40 populations of each species were sampled – including trees from across the complete species range in altitude, rainfall and geographic extent. Careful recording means that every batch of seeds and every seedling can be traced back to a specific tree in the field.  This has allowed us to embed genetic experiments into our annual habitat restoration plantings in the Tasmanian Midlands.

We planted test plots of both E. pauciflora and E. ovata. Each plot comprised of 400 trees – one from every tree from all 40 sample populations. We also planted an 800 tree mixed plot combining seedlings from both species. This was done to test the effects of having trees of the same or different species as neighbours.

Looking to the future

Does that mean that we will have to access seed from Victoria to restore the Midlands of Tasmania?